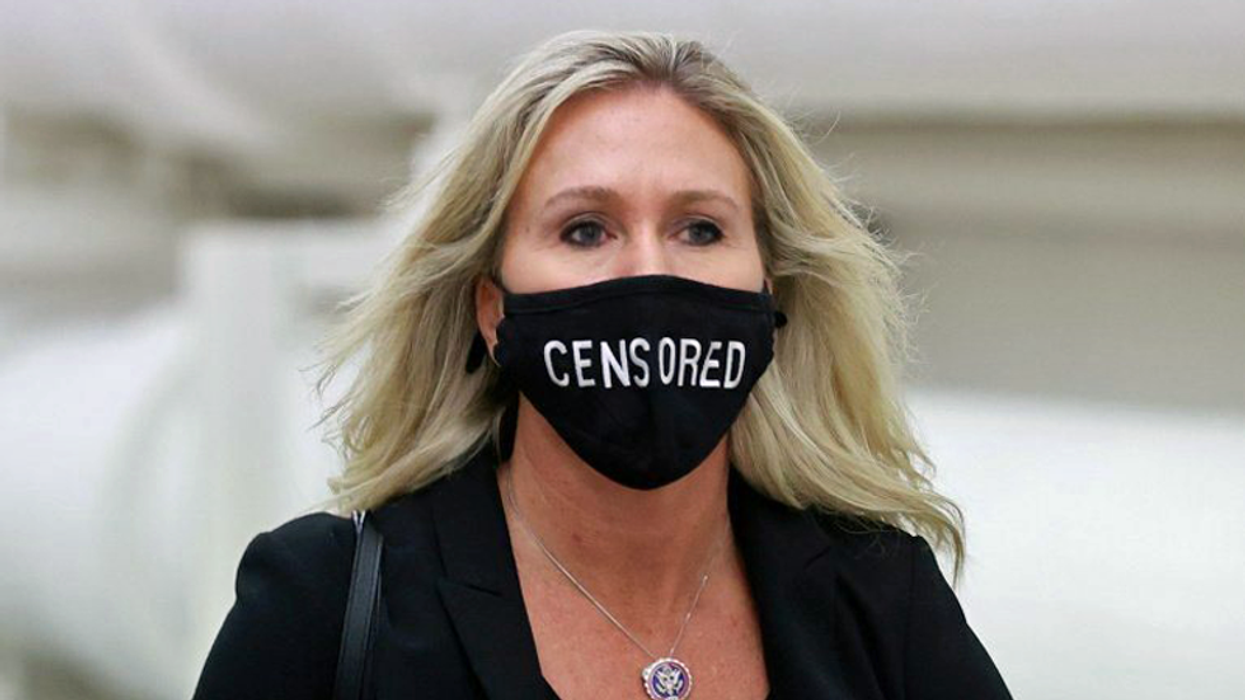 Critics mocked Georgia Republican Congresswoman Marjorie Taylor Greene on Thursday, after she spun a wild conspiracy theory alleging that the New York Times is working with Twitter to have her banned from the platform.

Greene posted a screen shot of an email someone on her staff apparently received from Davey Alba, a technology reporter at the Times who covers online disinformation.

In his email, Alba pointed to one of Greene's tweets from Wednesday, in which she falsely claimed that COVID-19 vaccines are causing miscarriages and other problems among pregnant women.

"Twitter is likely to take enforcement action on Ms. Greene's account for coronavirus information. It would be her fourth strike, meaning she would have one strike to go before potentially being permanently suspended from the platform. Would Ms. Greene want to respond to this in a statement?" Alba wrote in the email.

Greene wrote above the image of the email: "How would the @nytimes know that my @Twitter account is about to be suspended? My account is NOT suspended. What kind of relationship does the NYT and Twitter have? Do they coordinate suspending people like me and news stories? Is someone paying for that? Why?"

“why?” she asks as she provides a ss of the email explaining why… https://t.co/iDgiSOvlhV

mtg: posts an email explaining why the nyt thinks she may get suspended also mtg: “why do they think this? is… https://t.co/sboGAzMNWi

@mtgreenee @nytimes @Twitter According to the picture you have attached, they say that enforcement action is likely… https://t.co/keEGaQY40p

Words have meaning. What the NYT is doing is called reporting. This is clearly spelled out in the message below. Ei… https://t.co/AC06R8t2lt

Look genius, it says: “Twitter is likely to take enforcement action” LIKELY! that means they read whatever drivel… https://t.co/sh87UFvvsP

@mtgreenee @nytimes @Twitter All they have to do is look at your page and guesstimate that it’s gonna happen Marg.… https://t.co/f570CDpohP

You should be permanently suspended as you continue to spread conspiracy theories. You are partially responsible f… https://t.co/aP5XMN7rtZ

It’s a coordinated conspiracy between AOC and the owners of the Jewish lasers to deprive you of your God given righ… https://t.co/GNEM2EgZ1F

@mtgreenee @nytimes @Twitter I mean, I think the real question here is, why is it taking @twitter so long to take a… https://t.co/w0mmtYxWvB

@mtgreenee @nytimes @Twitter Yes, there is a special relationship. I come to you as a card-carrying member of the… https://t.co/pdjCajdAp5