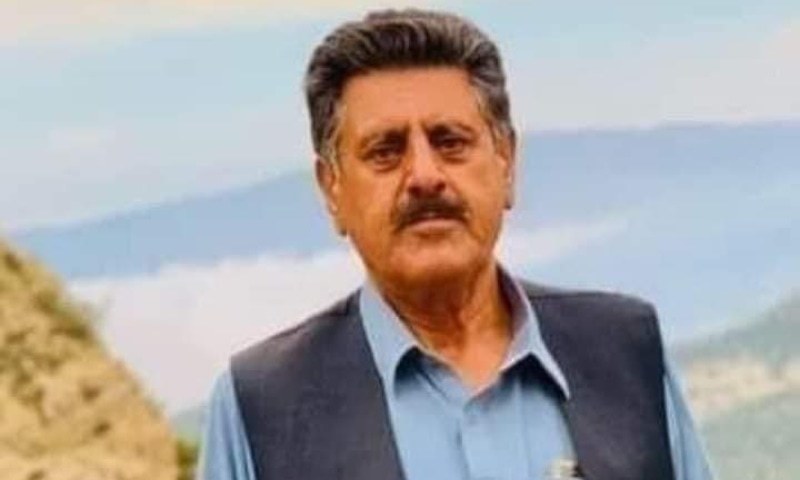 Kasi's murder by his kidnappers was confirmed by Balochistan government spokesperson Liaquat Shahwani, who said he was "deeply saddened" at the development.

The body was then sent to District Headquarters Hospital Pishin for a postmortem examination where Dr Saleemullah Pathan, medical superintendent of Civil Hospital Pishin, said the body was "about four days old" and identified "gunshot wounds" as the cause of death.

A large number of ANP workers rushed to the hospital and chanted slogans against the government.

ANP leaders and tribal elders also reached the deceased's residence upon recovery of the body from the hospital.

ANP workers burnt tires and blocked traffic at Manan Chowk in protest. They continued chanting slogans and called for Kasi's killers to be arrested.

The flow of traffic was affected due to road closure and traffic was jammed in and around Manan Chowk.

On June 29, the ANP had expressed serious concern over Kasi's kidnapping and demanded his early and safe recovery.

The ANP, he had said, was deeply concerned over the incident and warned that in case the then missing leader was not recovered within 72 hours, the party would announce its future line of action.

Hussain said such incidents had caused a sense of insecurity among Pakhtuns, adding that the situation in Balochistan was being disturbed through a well-organised conspiracy and it was the duty of the government and state institutions to guarantee safety to lives of the people.

Apple innovators do it again with $19 'Polishing Cloth'

Dip-buying day traders are helping fend off a looming stock collapse - and institutions have no choice but to follow suit, Morgan Stanley says