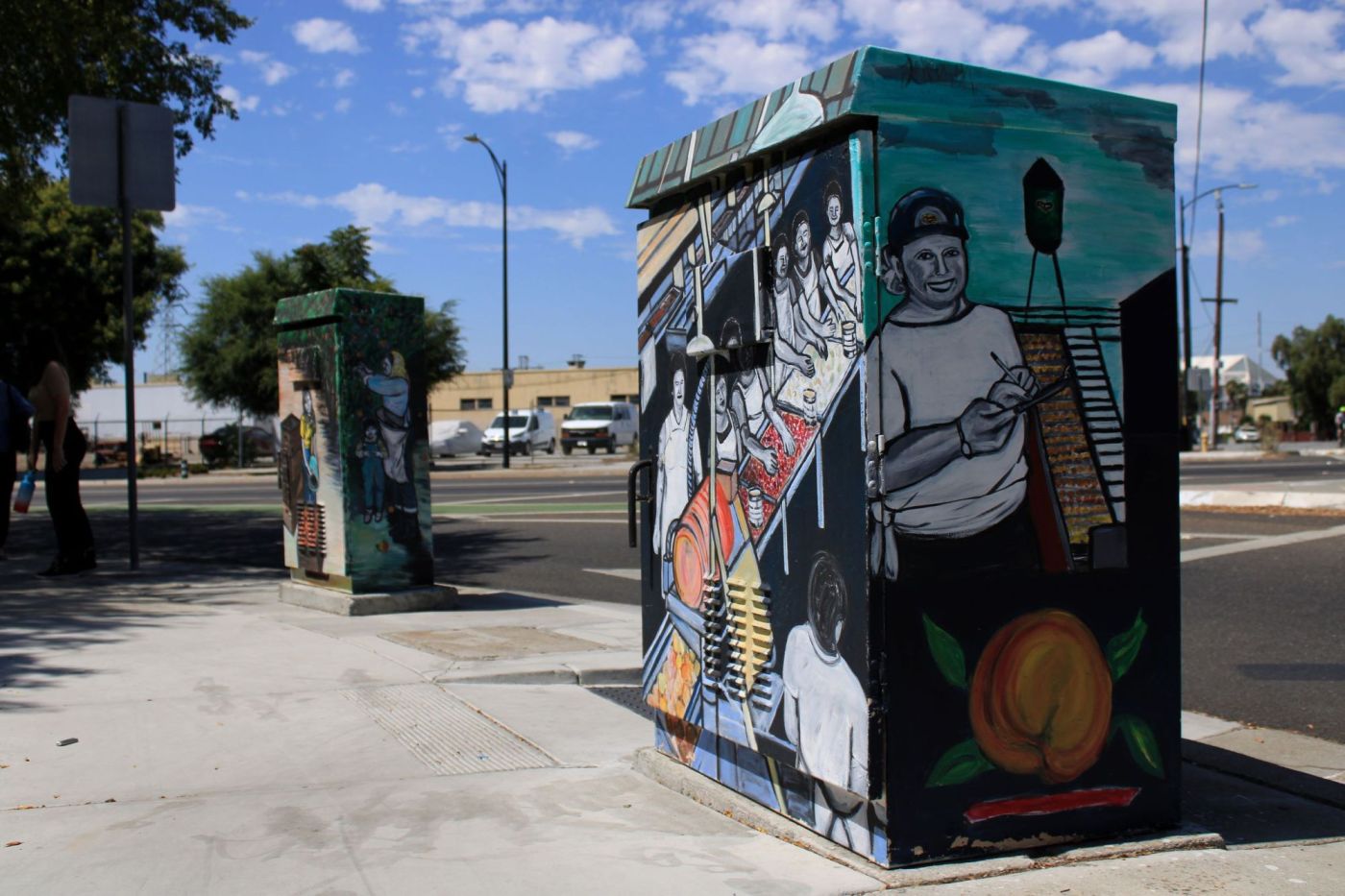 Editor’s note: This story is part of the annual Mosaic Journalism Workshop for Bay Area high school students, a two-week intensive course in journalism. Students in the program report and photograph real stories under the guidance of professional journalists.

During the COVID-19 pandemic, Anna Lisa Escobedo was one of hundreds of Bay Area artists who were creatively and financially impacted by the lockdown.

“Financially, I didn’t have much to really create from,” said Escobedo, 31, a crafter and muralist who lives in San Francisco. She had been inspired to become an artist by others who found success in the Bay Area, including a friend’s Guatemalan neighbor.

“He would paint all day and then he would go sell them at Fisherman’s Wharf and that was the first time I’ve ever fathomed and knew somebody that full-on lived off that.”

The pandemic also created new stress for many artists, including Escobedo, who said she felt pressure to produce art relevant to social issues while they were still current. “It has to be done now, now, now,” she said.

Yolanda Guerra, 53, an artist and muralist who lives in San Jose, felt the need to address issues that were being forgotten during the pandemic, such as the separation of immigrant families at the U.S. border with Mexico. “I didn’t want that issue to get lost in all the other issues that were coming up, because that was still important,” she said.

During lockdown, Guerra had more time to do art centered around social justice, including a piece about Jose Campos Torres, a Mexican American and Vietnam veteran who died after being beaten by Houston police officers in 1977.

She also created a large quilt depicting the Virgin Mary with her hands reaching out to honor the children that have gone missing along the border. “The idea is that these mothers are reaching out to their children,” Guerra said.

Escobedo feels personally interconnected with the conversations and protests surrounding police violence and racial injustice, topics that became prominent in the early months of the pandemic following the murder of George Floyd in Minneapolis.

“Art heals, and it’s not just something you just say. It’s actually something that happens inside your mind and in somebody’s soul,” she said.

Escobedo was one of several artists who worked on “Alto al Fuego en la Misión,” a colorful mural in San Francisco dedicated to victims of police brutality. The title translates to “Stop the shootings in the Mission.”

“When it comes to that mural, that kicked off a lot of conversations of where we see our city,” she said. “That’s a reminder for all of us, and for me, personally. My dad also passed away due to police brutality.”

Guerra shares Escobedo’s sentiments about those topics. “A lot of artists are focusing on social justice, because those images are very powerful,” she said. “The visual impact is important.”

For Rista White, a 17-year-old San Jose artist, the pandemic gave her more time to explore who she is artistically. “Only having a canvas and a sketchbook kind of forced me to spend more time,” she said.

“Questioning myself, what am I doing, what are you feeling at this time, there’s definitely a lot of those emotions to pull from. So I think definitely some of the art I was making was reflecting that.”

White would like to see more teenangers become involved in the arts. “Our education needs to take away that idea that ‘don’t you need to have talent’ or ‘you’re not good enough to be an artist,’” she said. “If everyone can continue creating the way they do when they’re really little, that would be great and to just not have that fear surrounding art.”

The financial impact of the pandemic wasn’t the same for everyone, either. Escobedo had to pause a series of projects she was working on during the lockdown year.

However, Guerra ended up having more projects and was in a couple of shows during the lockdown. One of those projects was creating one of eight murals on the wall of the downtown SoFA Pocket Park next to the San Jose Museum of Quilts and Textiles.

The mural, which was unveiled in July, is a colorful piece inspired by the designs of Mexican and South American traditional clothing.

“I produced a lot of art pieces during the pandemic, and I’m glad I was able to do that,” Guerra said.

“I’m glad that I had something to do that was meaningful for me.”

I Will Focus Players For Ipswich Town Clash – Darren Moore

All the NCAA volleyball action from Thursday-Friday-Saturday, a look ahead to Sunday