THE food orders of the Manchester United squad during their visit to a Dundee restaurant have been revealed.

The Premier League superstars caused a stir among locals as they visited Forgan’s in Broughty Ferry for a meal.

Ole Gunnar Solskjaer’s side have been in Fife for a pre-season training camp ahead of their league campaign getting underway a week on Saturday against Leeds United at Old Trafford.

The Red Devils squad sampled a variety of dishes at the Broughty Ferry eatery, which specialises in using Scottish produce.

Their food orders were leaked on social media with the majority of the squad enjoying a full three-course meal – though Paul Pogba, who was earlier pictured with the group, is not on the list.

Starlet Axel Tuanzebe really behaved himself in the wake of signing a new contract at the club by having just a main with a side of sweet potato fries. 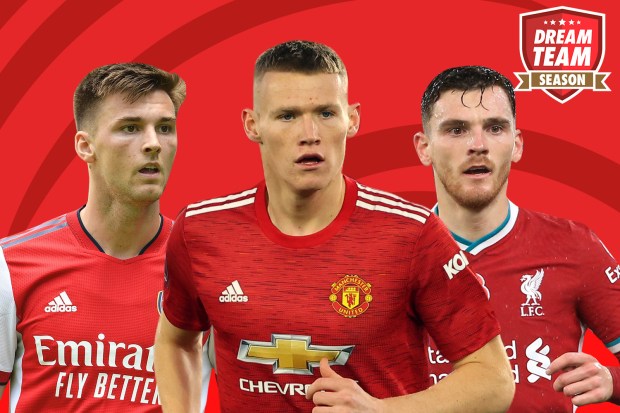 And while Luke Shaw kept things simple by requesting ‘normal bread’ for his starter and a cheeseburger and chips for the main, Portuguese ace Bruno Fernandes had some goat’s cheese to start and finished off with a slice of sticky toffee pudding.

Similar to Shaw, Jesse Lingard opted for a plain main asking for a cheeseburger with ‘nothing else on it’.

Chicken tempura was the most popular order for the first course with eight players asking for that dish.

For the main course, steak was hugely popular with the squad.

Eight players ordered a steak with most opting for it to be cooked medium.

Mason Greenwood asked for his well-done, while Diogo Dalot preferred his medium-well.

The Chicken Supreme was another sought-after option as seven players including Scotland star Scott McTominay requested the French dish.

For his only course of the night, Tuanzebe had the rib of beef.

Crème Brûlée was the top dessert choice as nine of the group asked for the custard-based pud including David De Gea, Nemanja Matic and Daniel James.

The second-top sweet choice was sticky toffee pudding with the likes of Aaron Wan-Bissaka and Phil Jones joining Fernandes in going for the British classic.

Other pudding choices were the cheesecake and a caramel and Biscoff tart.