PARIS SAINT-GERMAIN star Neymar has sparked romance rumours with influencer Bruna Biancardi as the two continue to be snapped together in Ibiza.

The pair are currently on holiday in the party island before the ex-Barcelona forward reports back for pre-season duty in France.

And it appears he has introduced Biancardi to his friends after the 27-year-old was pictured alongside the wags of his mates – including Messi’s wife Antonela Rocuzzo.

According to AS, Messi and Rocuzzo organised the dinner, with Di Maria’s partner Jorgelina Cardoso sharing an image of the women together on social media.

Biancardi, who posted a snap of herself in a white dress earlier that day, can be seen wearing the same clothing in Cardoso’s upload.

As of yet, neither Neymar or Biancardi have commented on a possible relationship between the pair on social media.

Though Biancardi – who boasts over 252,000 followers on Instagram – has shared a snap of the two on her story.

It has even been claimed that the Brazilian beauty was present at Neymar’s New Year’s Eve party in Rio de Janeiro.

And while Neymar could be getting lucky off the pitch, he has failed to get lucky on it.

Neymar posed for a picture with Messi, Angel Di Maria, Marco Verratti and Leandro Paredes the same night Biancardi was snapped with his pals wags[/caption]

Most read in football 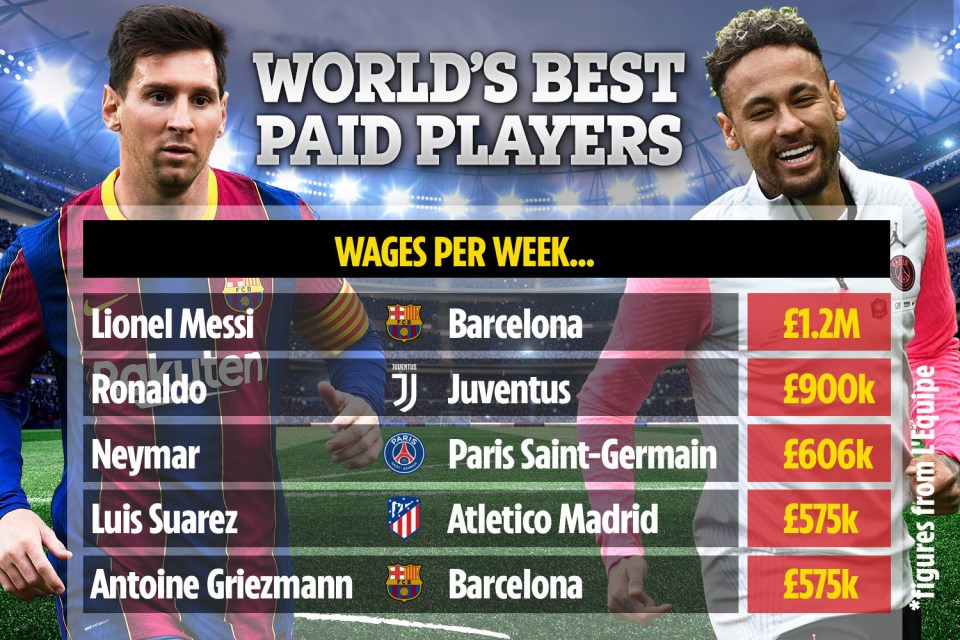 That is because his dream to play with Messi again appears to be over with the 34-year-old set to sign a new deal at Barcelona.

The former Santos magician is understood to have been desperate to be reunited with Messi at Parc des Princes, with Les Parisiens failing to persuade him to join.

“They offered him everything money could buy. Neymar really wanted to play with his idol again.

“Messi wants to stay in the club of his life.”

Neither Biancardi or Neymar have commented on their possible romance[/caption]