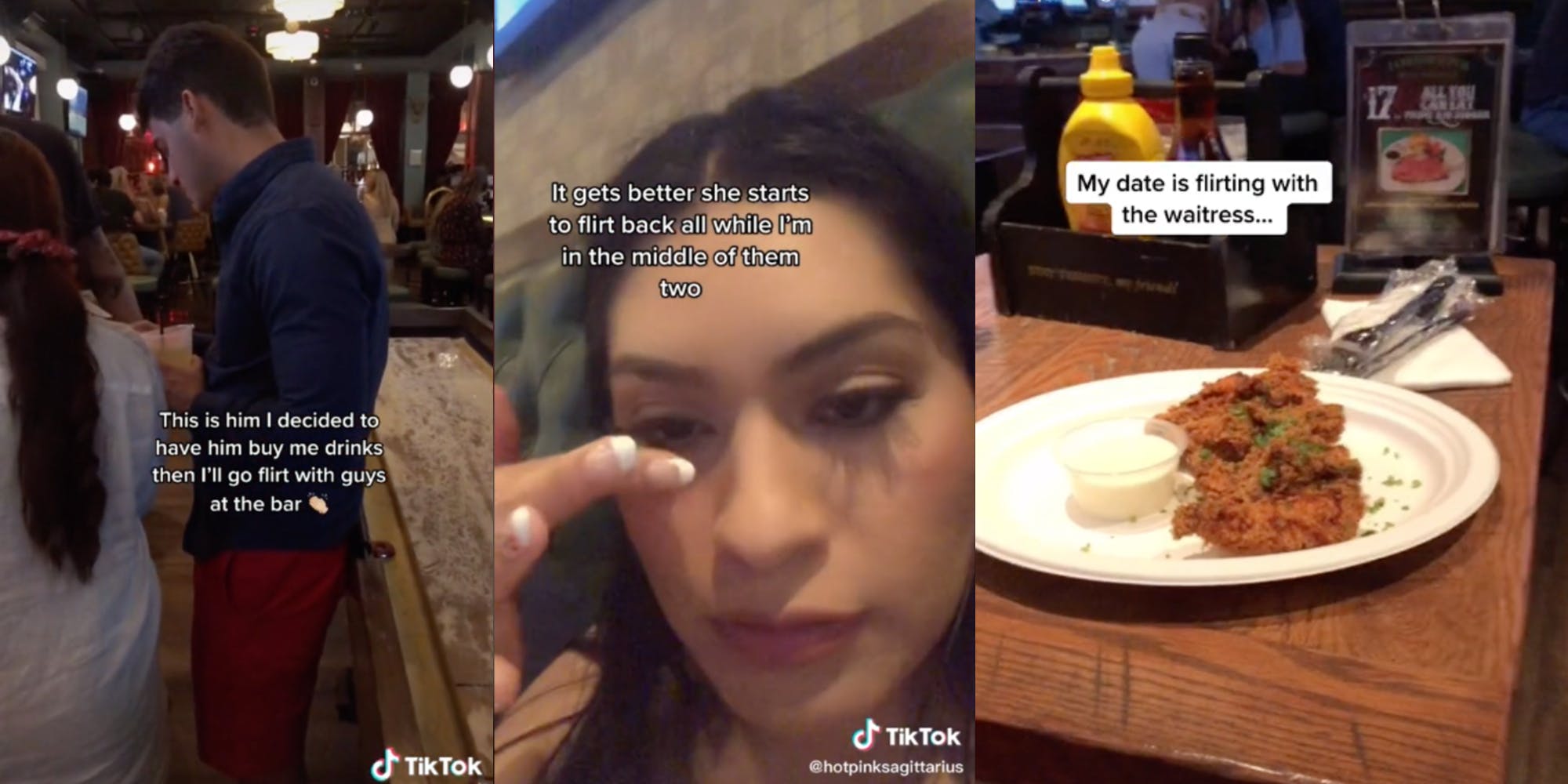 A TikToker's bad date with a guy who flirted with their waitress has gained her 290,000 views on the platform and unsolicited dating advice.

TikTok influencer @hotpinksaggitarius, whose name is Emely S., shared a "storytime" video of her bad date with an unidentified man, who apparently spent his time flirting with their waitress instead of talking to her on a first date.

Emely joked that she, in turn, would flirt with men at the establishment's bar area.

When a commenter suggested he may have just been being friendly, Emely was quick to respond with what she had observed. "He asked her what days she works there, her name, age, and more that I don't care to remember," she said.

Another commenter suggested that Emely may be reading too deeply into the situation, but Emely said that doesn't excuse the behavior. "I thought that too but for all she knew we could have been together for years, even married," she wrote. "It was disrespectful but I didn't let it ruin my night."

There were many commenters on her side, saying Emely dodged a bullet in the end. "Better it happened now instead of you dating him for a few months," one said. "Dodged a bullet with that one."

The Daily Dot has reached out to Emely.

The post Woman’s date flirts with waitress right in front of her in viral TikTok appeared first on The Daily Dot.