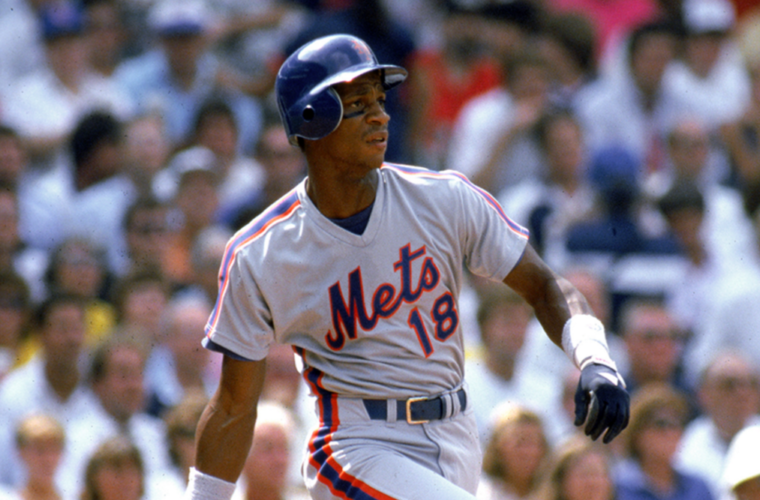 On August 5, 1985, Darryl Strawberry had quite a day at Wrigley Field in Chicago. The “Straw Man” hit three home runs and drove in five runs, as the Mets defeated the Chicago Cubs 7-2 in a Monday matinee on the north side of Chicago. I was fortunate enough to have been at the game and the series in Chicago.

The Mets were in first place (by one-half of a game) and were on a nice roll. The win was their third of what would become eight in a row, though at the end of the streak they were tied with the equally hot St. Louis Cardinals for the division lead.

Strawberry began his day by smashing a three-run home run in the top of the first inning off Cubs’ starter Derek Botelho, scoring Keith Hernandez and Gary Carter who had both walked. Mets’ starter Ed Lynch held the 3-0 lead into the third inning, when Strawberry took his second at-bat against Botelho. The former Mets’ first-round draft pick belted a home run with two outs, this time a solo shot, putting New York ahead by a 4-0 score.

Strawberry was intentionally walked in the fifth inning, and scored (along with Wally Backman) on a double by Danny Heep, making the score 6-0 in the Mets’ favor. A solo home run by Jody Davis of the Cubs made it 6-1, and that was the score when Strawberry stepped in the box in the top of the seventh inning. He hit a Ron Meridith pitch into the center field batter’s eye, give the Mets a 7-1 lead.  Darryl singled in the ninth inning, to complete his day with four hits and four runs scored.

He became the fourth Mets’ player at the time to hit three home runs in a game (all on the road), joining Jim Hickman, Dave Kingman, and Claudell Washington.

The Mets would finish the 1985 season with a 98-64 record and miss the playoffs, coming in runners-up to Whitey Herzog‘s Cardinals. If only there were wildcard teams in the 1980s.

“Straw” survived colon cancer in the early 2000s, and in his past has had had a couple of run-ins with the law. He seems to be in a good place now, living in Missouri and having an active life of faith. He also started the “Darryl Strawberry Foundation”, an organization whose mission is to help children with autism.

Here’s a MMO hat-tip to one of the greatest Mets of all time, Darryl Strawberry.

Hovis’ Friday diary: I have more rugs than I have lives

Joe Biden Could Owe as Much as $500,000 in Back Taxes For Improperly Using “S Corporations” to Avoid Paying Medicare Taxes on Speaking Fees