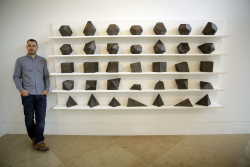 
A UNSW mathematician has revealed the origins of applied geometry on a 3700-year-old clay tablet that has been hiding in plain sight in a museum in Istanbul for over a century.

The tablet - known as Si.427 - was discovered in the late 19th century in what is now central Iraq, but its significance was unknown until the UNSW scientist's detective work was revealed today.