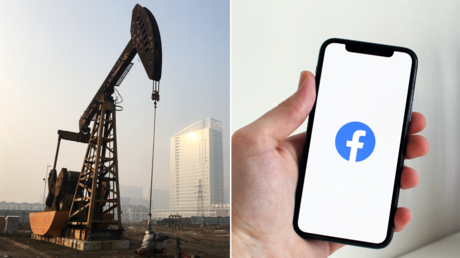 Facebook has been accused by a climate watchdog of spreading “fossil-fuel propaganda” after the oil and gas industry put out thousands of ads on its platforms last year – at key political moments like the US presidential election.

In its new report, titled ‘Climate Change and Digital Advertising’, UK-based think tank InfluenceMap found that 25 ‘Big Oil’ organizations had spent at least $9.5 million to release over 25,000 ads on Facebook’s US platforms. These ads were apparently viewed over 431 million times.

The group identified ExxonMobil and influential industry trade group American Petroleum Institute (API) as the biggest spenders, accounting for over 60% of the advertisements.

According to the report, Exxon alone spent $5 million to portray oil as an affordable and reliable energy source to reduce US dependence on other countries.

Meanwhile, the API led all industry-funded lobby groups in ad spending, shelling out $3 million last year to present fossil-fuel companies as being climate-friendly. The report picked out 6,782 energy industry ads on Facebook promoting claims that natural gas was a “clean, green climate solution.”

The group noted that the actual amount spent on ad space may be “significantly higher” and impossible to determine since Facebook is “not consistently applying its own advertising policies for climate change ads.”

While it apparently rejected or removed some ads that made false claims or failed to include a disclaimer, the report stated that many more had gone through unchallenged.

According to the report, one of the tactics in ‘Big Oil’s’ “sophisticated playbook to undermine climate action” is the strategic use of social media to “[deploy] its ads at key political moments.”

For instance, it points to a sustained spike in spending on Facebook ads immediately after then-presidential nominee Joe Biden announced his $2 trillion climate plan on July 14, 2020.

From the day after Biden’s announcement, there was a sustained ad spending campaign that “dropped off completely” on election day, November 3, nearly four months later. The remainder of the year saw only “minor spending again,” which the report uses to illustrate the industry’s “politically motivated purpose.”

“Despite Facebook’s public support for climate action, it continues to allow its platform to be used to spread fossil fuel propaganda,” Facebook’s former sustainability director Bill Wiehl said in a statement that accompanied the report.

“Not only is Facebook inadequately enforcing its existing advertising policies, it’s clear that these policies are not keeping pace with the critical need for urgent climate action,” Wiehl added.

Noting that the industry had moved on from “outright climate denial statements,” the report noted more “subtle and nuanced messaging tactics” like linking oil and gas use to “maintaining a high quality of life” and “publicizing [the industry’s] voluntary actions” on climate change to show it is “part of the solution.”

In response to the report, a Facebook spokesperson told The Guardian that the company rejected ads when a fact-checker “rates them as false or misleading” and stated that it takes actions against accounts and pages that “repeatedly” share false content.

Last year, US senators raised concerns to Facebook CEO Mark Zuckerberg that the company was allowing “blatant lies” and “climate disinformation” to be shared on its platforms on the grounds that these were ‘opinion’.

Meanwhile, Exxon told CNN that the report’s conclusions were “deliberately misleading” and “completely without merit.”