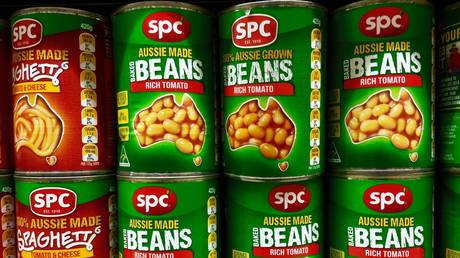 Employees of Australia’s canned vegetable and fruit giant SPC have complained to local media that they’re furious about mandatory vaccinations but will abide by the order to keep their jobs and livelihoods.

Shepparton Partners Collective (SPC) on Thursday became the first private company in the country to make coronavirus jabs mandatory. The company said that all of its 450 onsite staff should be fully vaccinated by November if they want to hold onto their employment.

An SPC worker, who didn’t want his name to be disclosed due to fear of getting fired, told WAToday that he was upset by being “steamrolled” into getting the shots.

“I have no choice, but to be vaccinated now and it’s quite sad because I wanted to do it under my own steam, sit back and wait for more information because I am genuinely scared,” the man confessed.

His colleague described the mandatory vaccination ruling as “a slap in the face,” adding that some of his co-workers said they were thinking about leaving the company.

He was especially angered with the way the SPC decided to announce the measure. “They went straight to the media and then we found out at the same time as the public,” he said.

SPC’s top managers have given several interviews to the local media throughout the day, saying that it was the more contagious Delta variant of the coronavirus that pushed them to make the jabs obligatory.

The move was needed “not only to protect our staff, but to protect the food supply for the country,” Robert Giles, the company’s chief executive, told The Age and Sydney Morning Herald. He insisted that – due to its importance – the food industry must be the next to get the jabs after aged-care workers and medical workers, who have been told to do so by the government.

SPC’s chairman, Hussein Rifai, appeared on ABC’s News Breakfast program, expressing hope that this decision would become a “precedent” that would prompt other Australian companies to also require their employees to get vaccinated.

SPC is based in Shepparton in the southeastern state of Victoria. The town with a population of just over 51,000 has reported only 53 coronavirus cases since the start of the pandemic. There are currently no active infections in Shepparton and surrounding areas, according to local media.

The company promised that its workers will be given a few days of paid leave to recover from possible side effects of the vaccination.

The Australian Manufacturing Workers’ Union (AMWU) has confirmed that SPC didn’t properly consult with its employees or the union before introducing mandatory jabs.

The union’s assistant national secretary, Jason Hefford, also said the November deadline for people to get both shots was also “unrealistic” and voiced “concerns about people who are immunocompromised and have religious beliefs” that would prevent them from taking the jab.

Broadly speaking, the union wasn’t opposed to mandatory vaccination, but Hefford said it wanted to discuss the situation more thoroughly with the company. The sides have already scheduled a meeting for Monday.

What is missing white woman syndrome?