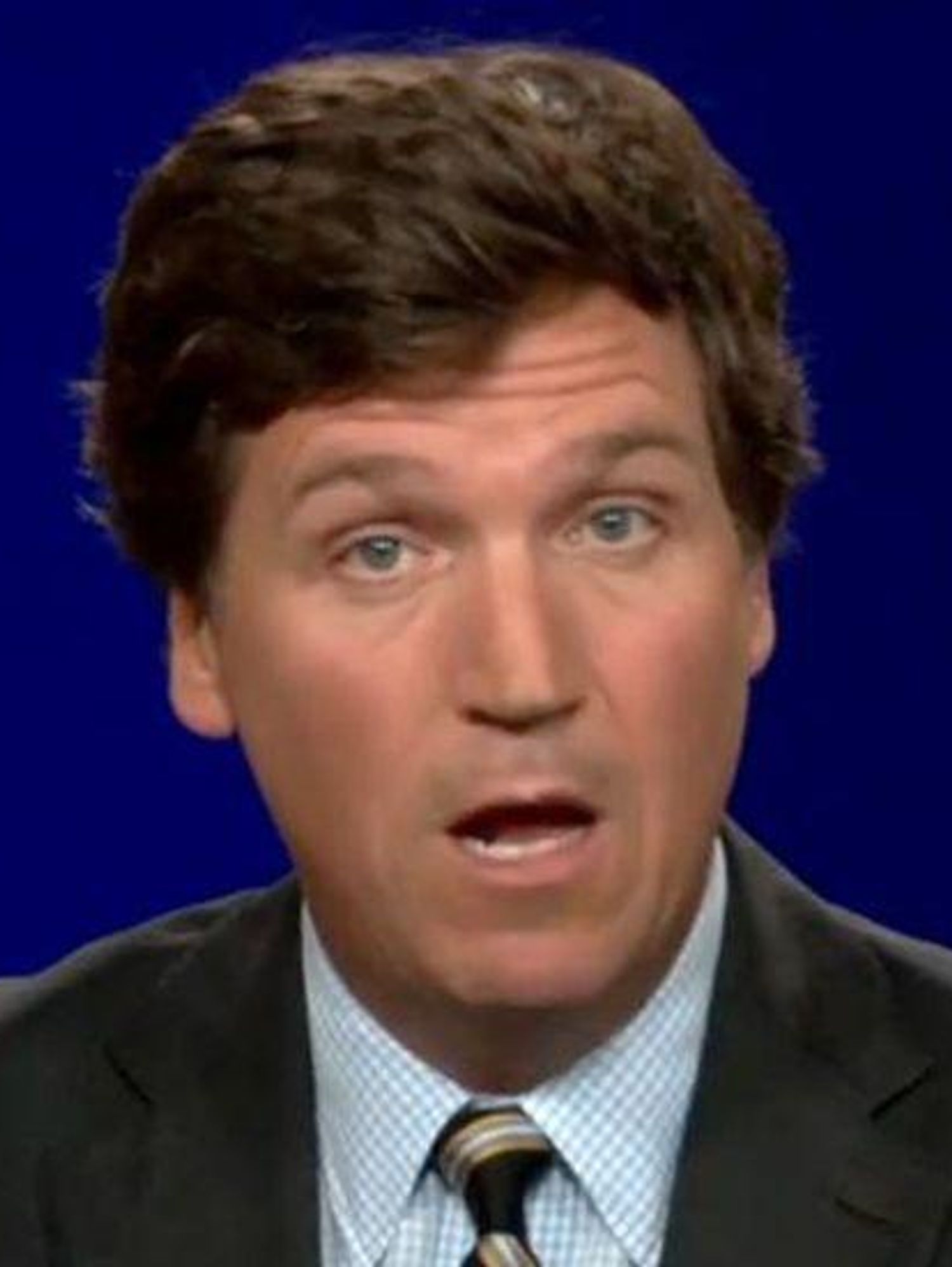 As America grapples with yet another surge of COVID-19 and the ongoing erosion of its democracy at the hands of the Republican Party, Fox News celebrity Tucker Carlson is off getting tips from Europe's most successful anti-democratic leader, Hungary's Prime Minister Viktor Orbán:

Carlson is in Hungary for MCC Feszt, a conference convened by the Mathias Corvinus Collegium, a government-funded association dedicated to creating a right-wing future. He is set to deliver a speech on Saturday with the fatuous title "The World According to Tucker Carlson," which, to paraphrase the late, great Molly Ivins, would no doubt sound better in the original Hungarian.

Carlson is one of a handful of right-wing elites who are in thrall to what Orbán calls his philosophy of "illiberal democracy," which includes government support for churches, (he calls Hungary a Christian democracy) a program to coerce women to have more "true Hungarian" children so as to reduce any need for immigrant labor and a ban on legal rights for transgender people. He even built a wall on his country's southern border to keep immigrants seeking asylum from entering the country in the name of preserving Hungary's (white) national character.

In other words, Orbán is a great general in the culture wars which makes him a hero to quite a few right-wing intellectuals. For instance, prominent blogger Rod Dreher is one of Orbán's most passionate defenders and has written numerous posts exalting his program. He was even planning to take up a fellowship in Hungary before COVID turned the world upside down. Vox's Zack Beauchamp described Dreher's admiration for Orbán in this piece about the Hungarian prime minister's American fan club:

A sense of persecution at the hands of secular globalist elites is at the center of the mindset held by Dreher and much of the modern intellectual right. The contemporary fusion of religious and nationalist ideas has created a unified field theory of global cultural politics, defined by a sense that cosmopolitan liberal forces are threatening the very survival of traditional Christian communities.

All of this suggests that the main accomplishment of Viktor Orbán is his open pursuit of the right's list of cultural grievances. But there is a method to his madness and it presents a far greater danger to America and other liberal democracies.

Orbán serves as a model for the modern autocracy that is now being tried in the U.S. He has successfully made it almost impossible for his party to lose elections with tactics such as rewriting campaign finance laws to benefit his Fidesz party, packing the courts and election bureaucracy with his supporters, extreme gerrymandering and completely taking over the media. The effect is that his "Christian democracy" is no longer a democracy at all since the opposition has been rendered electorally impotent. Sound familiar?

While it appears that Orbán is inspiring the American right, it is actually much more complicated than that. As Sarah Posner reported in The New Republic in 2019, Orbán's program was heavily influenced by Republican strategists and lobbyists from the very beginning. In 2008, Orban hired the legendary right-wing strategist and provocateur Arthur J. Finkelstein, a master of culture war politics and character assassination, to help him win the 2010 election. Posner wrote:

In his work for Orbán, Finkelstein took his signature strategy of political polarization and masterminded a campaign that cast Hungary as a victim suffering at the hands of the United States, the United Nations, and other purveyors of Western liberal democracy. Finkelstein was, according to Politico, behind the anti-immigration billboards that have proliferated in Hungary over the past decade. Thanks at least in part to Finkelstein's strategy, Orbán won his reelection bid in 2010.

But while Tucker Carlson and others have been lauding Orbán for his anti-wokeness, they apparently have not been paying close attention to the actual results of his program. Dalibor Rohac pointed out in The Bulwark that the Putinesque economic polices of "renationalization" have produced an economy that has real incomes lower than its neighbors and that for all of the blather about national pride there has actually been a substantial exodus of Hungarians to other countries in Europe. Despite the push for Hungarian women to stay home and do their duty to repopulate the motherland, their fertility rate remains significantly lower than in countries such as Sweden, France and Denmark. To top it all off, less than 20% of the population in Orbán's "Christian democracy" considers itself religious.

That's not even the worst of it, as Rohac writes:

Finally, there is the ugly stuff—the incumbent entrenchment, which has forced the entire opposition, from left liberals to former neofascists, to join forces in order to stand a fighting chance in the 2022 election; the grotesque corruption, which is worse than in other countries of the region; the siding with Russia, Belarus, and China against its neighbors and allies. Just this past weekend, thousands of Hungarians took to the streets of Budapest to protest against the planned construction of a new campus of China's Fudan University in Hungary. The project is expected to cost $1.8 billion, more than the annual budget of all Hungarian universities combined, funded largely by a Chinese loan.

That's a high price to pay for owning the libs.

Before the last election and the events of January 6th, one might have thought that people like Carlson were taking the Orbán line for theatrical purposes. After all, it's pretty much just repurposed American conservative movement strategy, jazzed up as 21st-century right-wing populism. But after witnessing their reaction to Trump's Big Lie and the events of January 6th, it's clear there's something much more insidious about this relationship. Orbán has successfully degraded Hungary's democracy in the same ways that we are seeing the Republicans attempt to do here in the U.S. If they manage to get back into power, we are likely to see what "the world according to Tucker Carlson" really looks like and I doubt we're going to like it very much.

Capello: ‘Dybala can’t do everything’