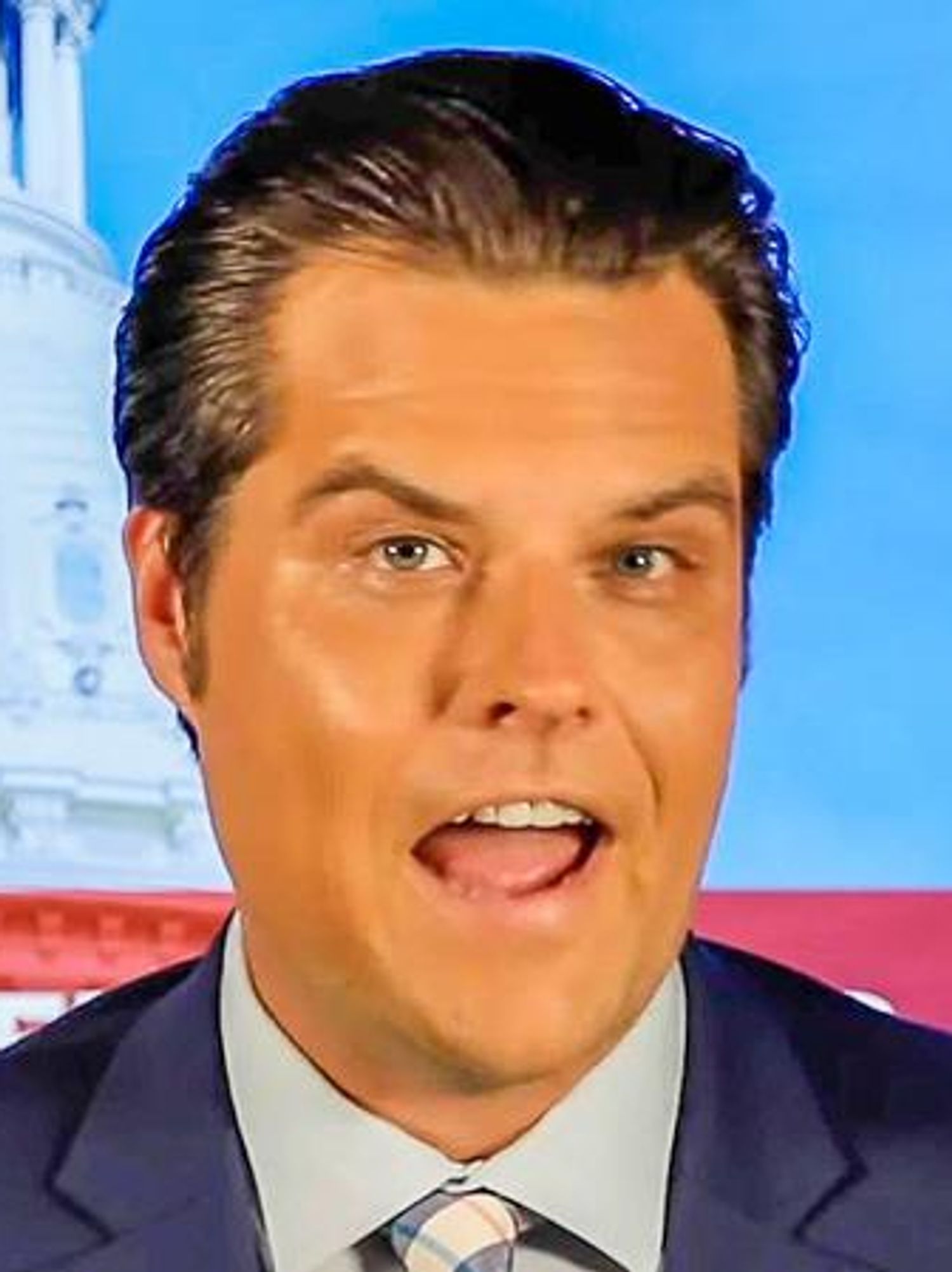 Earlier this year, Gaetz disappeared from Fox News broadcasts after he made an appearance to defend allegations that he was involved in child sex trafficking.

During the podcast, Gaetz insisted that the charges against him are "falling like a house of cards."

"I appreciate the platform Fox News gave me for years," Gaetz began. "It allowed me to get key information to the country. I have many friends still at Fox News and I enjoy our discussions, whether they're on-air or off-air."

Gaetz then tore into the network by targeting Fox New board member Paul Ryan, a former Republican Speaker of the House.

"Fox News isn't what it used to be," the congressman complained. "And it probably has something to do with their corporate board member Paul Ryan."

Gaetz recalled that Lou Dobbs had been removed as a host on Fox Business after he spread false conspiracy theories about the 2020 presidential election.

He then played clips of Dobbs attacking Ryan as a so-called RINO (Republican in name only).

"He's a fraud in every way," Dobbs said during one of the clips.

Gaetz continued: "Now that Ryan has concentrated power at Fox News, Lou Dobbs is no longer on air. He can't guide the populist right away from the invade everywhere, invite everyone version of Republicanism that sells out to K Street and abandons Main Street."

Crucial debate for Merkel party to turn race around