Katmai National Park in Alaska is known for its many brown bears that are drawn to Brooks Falls where they enjoy a buffet of salmon, so tourists can expect to encounter a bear or two on the park’s walking trails.

Still, in these two videos, the brown bears appear to be too close for comfort for these tourists. Thankfully, in both cases, they did what they were supposed to do. 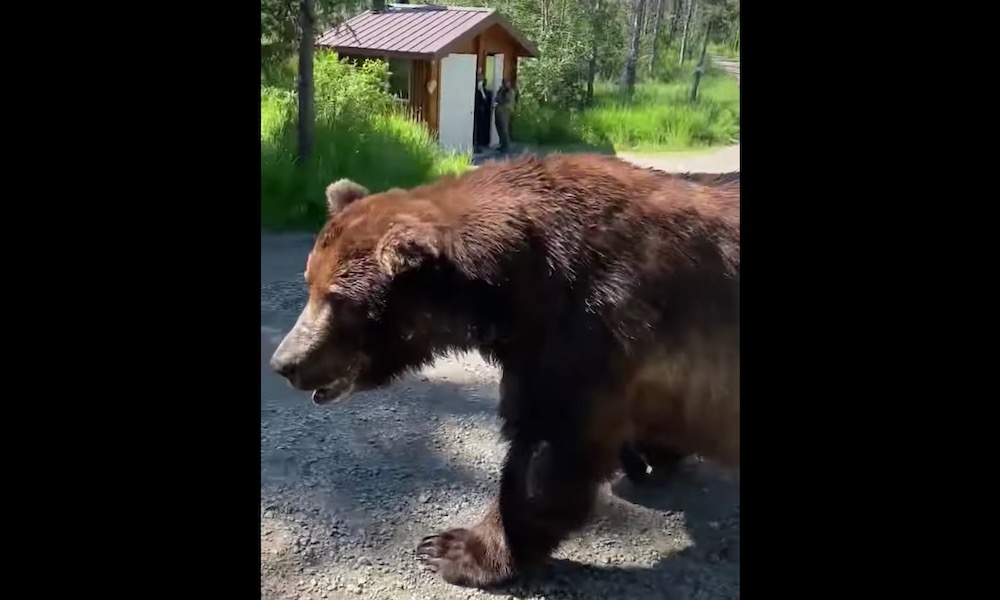 In the first case, tourists stand still as a huge brown bear—identified by one YouTube commenter as “747, the most dominant bear in the park”—saunters down a trail, appears to read a sign about bears, then turns around and walks off the way it came.

One tourist continues to say, “Hey Bear,” in a calm voice as it passes just feet away, as Cara Siciliano videos the encounter.

In the other video, Jared Sternberg was hiking to Brooks Falls “when I heard loud footsteps coming down the trail. I looked up and saw two bears running straight for us. We jumped off the path and the first bear ran past us, shortly followed by the second bear, who was chasing him. They completely ignored us, but it was still quite a rush.”

Katmai National Park’s website details how to avoid close encounters in bear country: Be Alert, make noise, do not approach bears and steer clear of places with food that attract bears. It also says that if you encounter a bear, remain calm and do not run—one of several guidelines.

“You couldn’t pay me a million dollars to stand there,” another commenter wrote on YouTube, perhaps meaning they wouldn’t go in the first place.