ANDERSON SILVA’S boxing coach has urged Logan Paul to stop ‘hiding’ under exhibition fight rules ahead of a potential meeting between the pair.

MMA legend Silva has been linked with a bout to face the American YouTuber in September.

It was his first professional fight inside the squared circle since 2005, with the Brazilian open to more boxing dust-ups in the future.

Logan is coming off the back of an exhibition clash against Floyd Mayweather where the 26-year-old took the 15-time world champion the distance.

But Silva’s coach Luiz Dorea has warned Paul that if he wants to face the Spider next, it has to be under official rules.

He told Sherdog: “Logan proved to be a very brave and talented kid doing an exhibition fight against the legend Mayweather.

“But, of course, if it were in official rules, the result would be different.

“Let’s see if he will keep hiding under exhibition rules or if he will test himself in the real world [under professional rules].

“In that case, I have no doubt Anderson will knock him out.”

Most read in boxing

AJ v Usyk tickets sell out in a DAY with 60,000 fans to descend on Spurs' ground

TAIL BETWEEN HIS LEGS 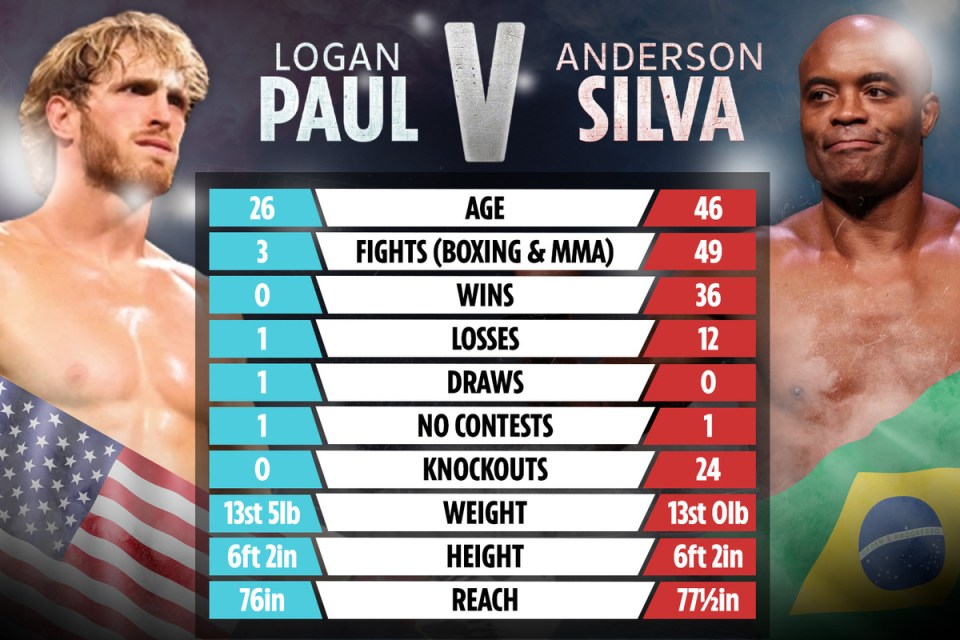 Paul’s manager Jeff Levin confirmed last month that the Maverick was in talks to fight Silva later this year.

He told ESPN: “We just haven’t got there yet.”

Following his exhibition against Mayweather, Paul believes his next outing will be worth $100MILLION.

Speaking to former opponent KSI on his podcast, he said: “Mayweather has this ability to kind of like, bless people with a magic wand.

“And I knew if I did well, like bro, I’m in this weird position where my next fight is, with the right opponent, could be a $100million fight.

What We Learned From September’s Nintendo Direct

Analysis-Fed’s bond-buying program may be on the way out, but it’s not going far