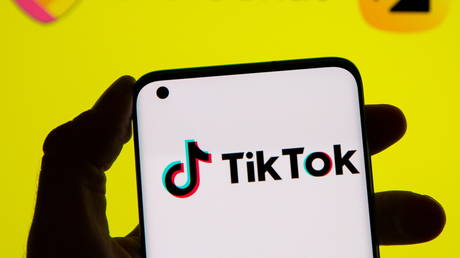 TikTok has revealed that it is testing a new ‘disappearing’ stories feature similar to options offered by other platforms, triggering discussion about the video-sharing app’s complicated relationship with its competitors.

TikTok Stories will allow content creators to make videos that will vanish after 24 hours. The trial feature was first spotted by media consultant Matt Navarra, who shared screenshots of the new option on Twitter.

In a statement provided to the media, the video-sharing platform, which is owned by China's ByteDance, said that it was “always thinking about new ways to bring value to our community and enrich the TikTok experience.” It’s hoped that the experimental format will give content creators a new tool to “bring their creative ideas to life for the TikTok community.”

The trial’s rollout comes as WhatsApp introduces a feature to post photos or videos that vanish after they are viewed. But not all vanishing content features are created equal. Earlier this week, Twitter shut down its disappearing stories option, known as Fleets.

Rival platforms Instagram and Snapchat have similar ‘Stories’ features. Both services allow users to upload videos that are automatically deleted after 24 hours.

TikTok’s conspicuous clone of the content-sharing format caused Twitter users to pontificate about the app’s evolution.

“I thought TikTok was basically stories already?” asked one observer.

It was only a matter of time

Tiktok is already a youtubified snapchat.

Others felt that the news showed that TikTok and its rivals were running out of new ideas.

TikTok is simply getting payback after Instagram and Snapchat “ripped off” their entire app, one commenter argued.

It seems that TikTok wasn’t shy about taking shots at other platforms that have experimented with a ‘Stories’ feature: The app subtly poked fun at Twitter’s decision to drop Fleets, such as TikTok launched its own vanishing content option.

Known for its wide assortment of short, quirky dance videos, TikTok recently came under fire from a London-based think tank, which claimed the app was being used to spread misinformation about Covid-19 vaccines.