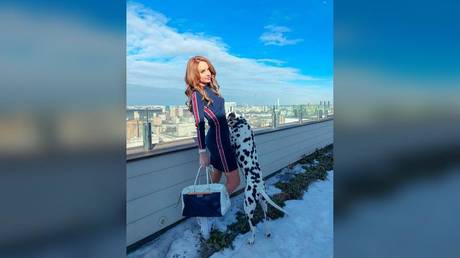 One of Russia’s best-known pop starlets has finally opened her eyes after spending a month in a medically induced coma, battling a mystery disease that baffled doctors and left her family, friends and fans fearing for her life.

Marina Maksimova, who performs under the name MakSim, was admitted to hospital in June after feeling unwell. After her condition deteriorated, medics connected her to a ventilator and put her into an artificial deep sleep in a bid to save the star. However, despite undergoing several tests for Covid-19, no trace of the virus was found. Scans later reportedly showed that around 75% of her lungs had been damaged, with no clear answers as to what was causing her condition.

On Wednesday evening, MakSim’s spokeswoman Yana Bogushevskaya said that the singer was on the mend after being woken up from the coma over the weekend. “She is a smart girl and she’s in the mood to be discharged,” Bogushevskaya revealed. “She is feeling very well and eating on her own, but it is too early to talk about a full recovery and she has a long way to go in terms of medical treatments.”

According to the statement, “while in an induced coma, time flew much faster for MakSim than for anyone else” and she “isn’t whining, can already sit on the bed and even hang her legs down.”

Despite that, “doctors aren’t allowing the singer to get up and she is on a special diet – but she misses her favorite ice cream.”

The star came to prominence in the early 2000s and is known for slow, dream-like vocals. Aged 38, she has released no fewer than six albums and scooped MTV’s Best Female Russian Singer award.

In September, world-famous Russian opera soprano Anna Netrebko was admitted to hospital after testing positive for coronavirus. She defended her decision to work through the pandemic, saying she “regrets nothing.” Netrebko has since recovered.

Pfizer CEO: We can do both booster shots and primary vaccines