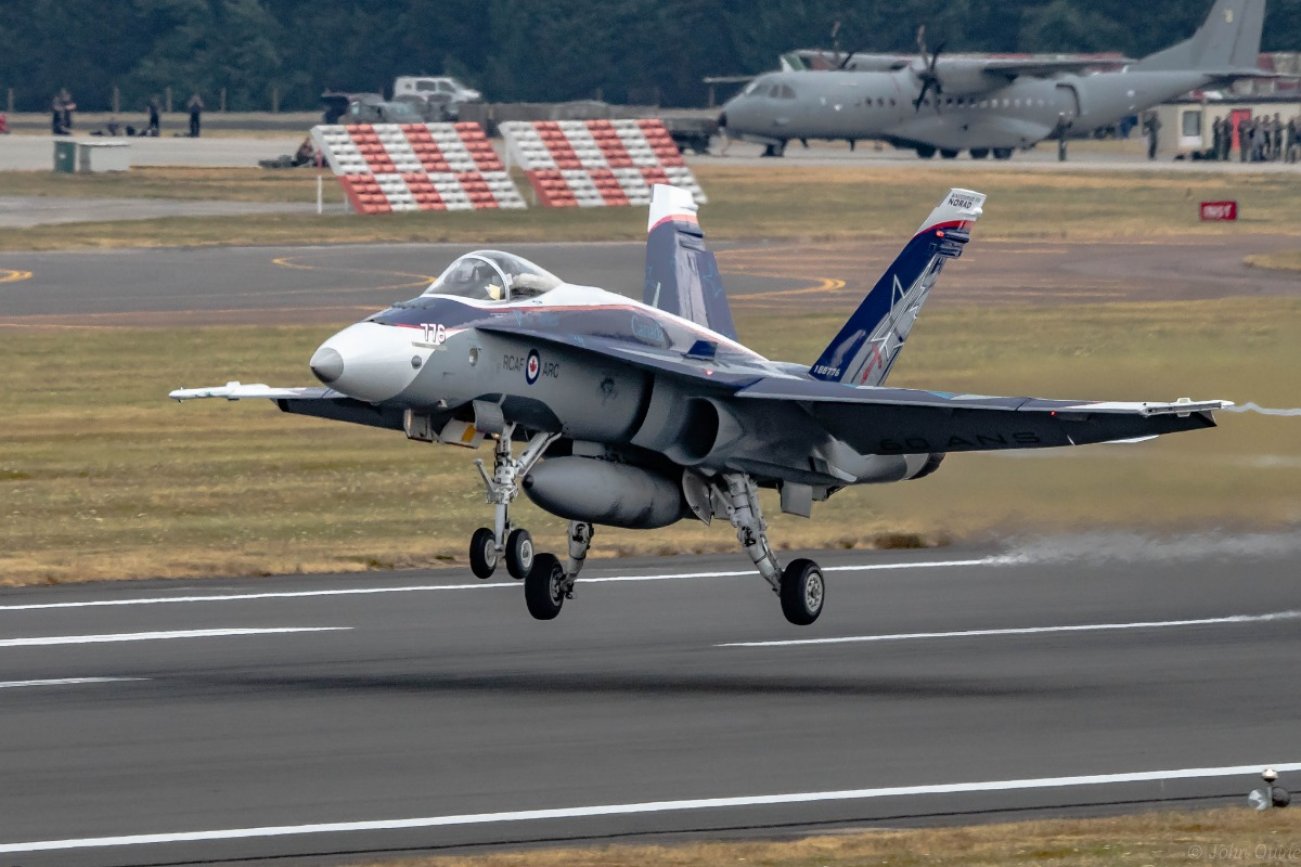 Canada's air force lacks enough jet fighters to meet its North American Air Defense Command (NORAD) or NATO requirements, according to Canadian government auditors. And that raises questions about whether the U.S. Air Force can meet increased demands to prepare for a war with Russia or China.

Either way, the report by Canada's Office of the Auditor General paints a picture of a fighter force that can't fulfill its missions, especially after a 2016 government mandate that the Royal Canadian Air Force (RCAF) have enough fighters available to meet the highest NORAD alert level, while meeting Canada's NATO obligations at the same time. This required a 23 percent increase in the number of fighter aircraft available for operations.

"We found that Canada’s fighter force could not meet the government’s new operational requirement, which is to have enough aircraft ready each day to meet the highest NORAD alert level and Canada’s NATO commitment at the same time," the audit concluded. "The fighter force could not meet the requirement because National Defence was already experiencing a shortage in personnel, and the CF-18 was old and increasingly hard to maintain."

Between April 2016 and March 2018, the RCAF lost forty trained fighter pilots, but only produced thirty replacements. But it's not just a shortage of pilots: the audit found that in fiscal year 2017-2018, 28 percent of pilots flew fewer than the minimum 140 hours required to maintain proficiency, partly because of a shortage of mechanics to service the aircraft.

How to replace Canada's aging 1980s CF-18 (the Canadian version of the U.S. F/A-18 Hornet) fighters has been a military and political drama for years. Canada was going to buy sixty-five F-35s and then changed its mind, followed by a plan to buy F/A-18E/F Super Hornets (canceled because of Trump administration tariffs on Canadian aircraft manufacturers). Next up was a plan to buy used Australian F/A-18 Hornets, which the audit found would not "help solve either the personnel shortage or the aging fleet."

The current solution is a fighter competition between four contenders—the Eurofighter Typhoon, Sweden’s Saab Gripen, Boeing's Super Hornet and Lockheed Martin’s F-35—for an 88-jet, CAD $26 billion (USD $20 billion) order that should see the new aircraft fielded by the mid-2020s. In the meantime, the RCAF plans to fly its CF-18s until 2032, which the audit found unwise: "In our opinion, flying the CF-18 until 2032 without a plan to upgrade combat capability will result in less important roles for the fighter force and will pose a risk to Canada’s ability to contribute to NORAD and NATO operations."

On a certain level, it's satisfying to see that the United States is not the only nation on the North American continent that has a screwed-up defense procurement process (as in the F-35), or has difficulty relating ends to means. But Canada's aerial woes should concern Americans on two levels. The most obvious is that Canada is the northern bulwark of the United States against Russia.

But Canada's woes are also a warning to the U.S. military. In September, the U.S. Air Force called for a 24 percent expansion in the number of operational squadrons, to 386 units. That at a time when the Government Accountability Office—Congress's auditors—warned that the Air Force is short of fighter pilots and that many aircraft types, especially the F-22, can't meet availability goals due to lack of maintenance and spare parts.

As Canada demonstrates, increasing demands on an air force that can't meet current requirements is not a good idea.