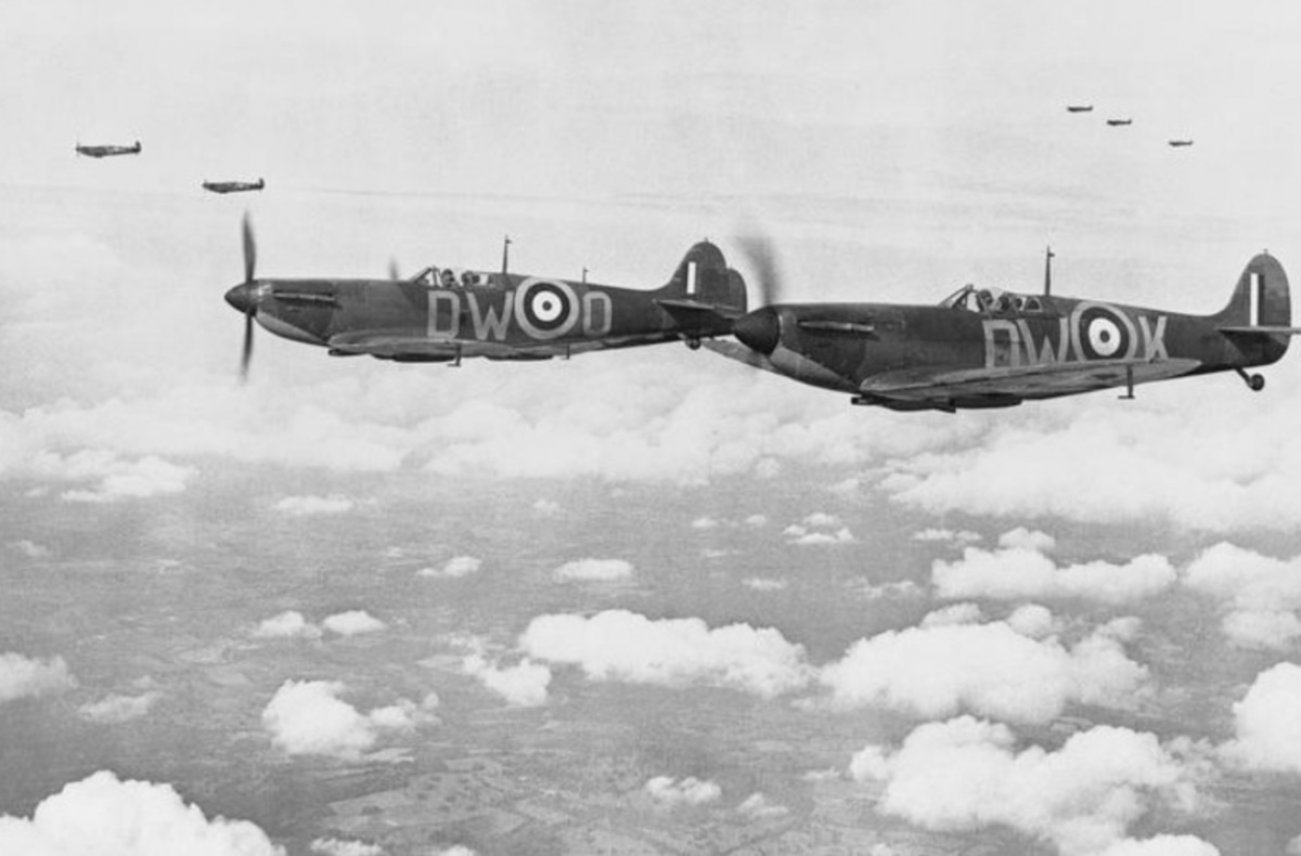 Actual improvements to Hawaii's defenses were buried under memos and reports that meandered through the naval bureaucracy.

Key Point: “Several days after the Taranto raid, almost unnoticed in the confusion and destruction, a slight figure in an unfamiliar uniform studied Taranto harbor intently, inquiring about depths and distances, making careful notes,” according to the book The Attack on Taranto: Blueprint for Pearl Harbor.

“This was Lt. Takeshi Naito, assistant air attache at the Japanese embassy in Berlin. The implications of those sunken battleships were not lost to him.”

It was the hour before midnight when the battleships slept.

Snug in their harbor, cocooned behind layers of anti-aircraft guns and searchlights, the Italian fleet lay peacefully unaware of the fate droning towards them.

(This first appeared several years ago.)

Through the dark skies came waves of aircraft lumbering under the weight of the torpedoes they carried. The date was November 11, 1940, the place was the southern Italian port of Taranto, and the battle that ensued that night was the prelude to the Japanese raid at Pearl Harbor.

In the fall of 1940, Britain was in trouble. France had fallen, Nazi Germany ruled Western Europe, and the British Empire stood alone. To make matters worse, Mussolini's Italy had entered the war. Though weaker than Germany or Japan, Italy had a priceless advantage: it was situated in the middle of the Mediterranean, athwart the sea routes to the Suez Canal and the vital island of Malta, which the British needed to supply as a thorn in Axis supply routes to North Africa. To avoid Italian naval and air forces, British convoys would have to forgo the direct route into the Mediterranean through the Straits of Gibraltar, and sail all the way around Africa to come up through the Suez Canal.

The Royal Navy rightfully reckoned itself superior to the Italian Regia Marina. Fortunately, so did the Italians. Though the Italian fleet was smaller, the Royal Navy was badly overstretched guarding against a possible German amphibious invasion, watching for sorties by German surface raiders against Atlantic convoy routes, and battling the German U-boat menace. The Italian Navy was often accused of timidity, but they had some reason not to risk their precious and irreplaceable ships in a big Jutland-like naval battle. Like the German High Seas Fleet in World War I, they could stay in port, only sallying forth -- covered by land-based aircraft in Italy -- to pounce on an exposed British force.

Nonetheless, if the Italian fleet wouldn't come out to fight, then the British -- in time-honored Royal Navy tradition -- would take the fight to them. After December 7, 1941, the idea of aircraft carriers striking a fleet in harbor seemed obvious. But just a year before, aircraft carriers were still a new and relatively untried weapon. Still, the British were studying a torpedo strike on Taranto by carrier-based aircraft as early as 1938.

Compared to the six aircraft carriers and 400 aircraft with which Japan attacked Pearl Harbor, the forces that Britain could muster for Operation Judgement seemed but a child's version of a carrier task force. The Royal Navy committed just the carrier Illustrious, two heavy cruisers, two light cruisers and five destroyers. The Italian fleet at Taranto comprised six battleships, nine heavy cruisers, seven light cruisers and 13 destroyers. Had they intercepted the British flotilla, the outcome would have been a slaughter.

The Fleet Air Arm -- the flying fist of the Royal Navy -- also seemed a joke. The Illustrious would launch just 21 aircraft, and these were Fairey Swordfish-- nicknamed "the Stringbag." Obsolete two-man biplanes that looked like First World War leftovers, they plodded through the air at about 140 miles per hour. Yet they could fly low and slow to accurately drop torpedoes, as they did to cripple the German battleship Bismarck.

The British struck by night, when the vulnerable Swordfish could avoid Italian fighters that would easily swatted them from the skies. The Illustrious launched two waves of 12 and nine aircraft apiece, with half carrying a single torpedo each, and the remainder armed with flares to illuminate the ships and armor-piercing bombs to strike them. Not only did the British achieve surprise, they also had a lucky break: the Italians had laid some nets in the harbor to catch torpedoes, but the torpedoes weren't long enough to reach the seafloor, allowing the torpedoes to slip under them.

As one of the British aviators later recalled:

“We turn until the right hand battleship is between the bars of the torpedo sight, dropping down as we do so. The water is close beneath our wheels, so close I am wondering which is to happen first — the torpedo going or our hitting the sea — then we level out, and almost without thought the button is pressed and a jerk tells me the ‘fish’ is gone.”

The attack began just before 11 p.m., and concluded around midnight. The British lost two aircraft, with two crewmen killed and two captured. But those mere 21 aircraft and a handful of torpedoes (the bombs did no damage) sank or damaged three battleships. Three battleships were torpedoed. The Conte di Cavour partly sank to the harbor bottom and never returned to service. The Caio Duilio was saved only by running her aground, as was the Littorio, whose hull had been punctured by three torpedoes.

For the price of just two aircraft, the Italian battleship force had been devastated. Just as important, the Italian Navy had taken a blow to its already fragile morale and aggressiveness. The Italians got their revenge later, when frogmen riding midget submarines planted limpet mines that badly damaged two British battleships docked at the Egyptian port of Alexandria on December 19, 1941. Nonetheless, in the autumn of 1940, when Britain seemed down and out, the Royal Navy demonstrated who ruled the waves.

However, the real significance of Taranto was to come later. “Several days after the Taranto raid, almost unnoticed in the confusion and destruction, a slight figure in an unfamiliar uniform studied Taranto harbor intently, inquiring about depths and distances, making careful notes,” according to the book The Attack on Taranto: Blueprint for Pearl Harbor.

“This was Lt. Takeshi Naito, assistant air attache at the Japanese embassy in Berlin. The implications of those sunken battleships were not lost to him.”

One problem with assessing Taranto is that there is a tendency to blame Italian inefficiency for the disaster, even though no one else had ever experienced such an attack before. Nonetheless, if Taranto supposedly reflected some peculiarly Italian failing, what was the excuse of the Americans?  Why didn't the U.S. learn from the Taranto raid that aircraft carriers could destroy a fleet in a port, namely Pearl Harbor?

Indeed, a U.S. Navy observer, Lieutenant Commander John Opie, was aboard the Illustrious to witness the Taranto strike, and he lost no time in reporting back what he had learned, including that the Royal Navy now favored aircraft-delivered torpedoes over bombs. Yet while senior U.S. naval commanders were aware of Taranto and the danger posed by torpedo attack to Pearl Harbor, actual improvements to Hawaii's defenses were buried under memos and reports that meandered through the naval bureaucracy. Opie's request to visit Pearl Harbor and pass on his Taranto experience was ignored. In fact, the Navy opted not to install anti-torpedo nets at Pearl Harbor on the ground that the waters there were too constricted to allow, and too shallow for torpedoes to run without hitting the bottom.

Michael Peck is a frequent contributor to the National Interest.

Drive for Britain! UK scrambles for truckers amid supply woe