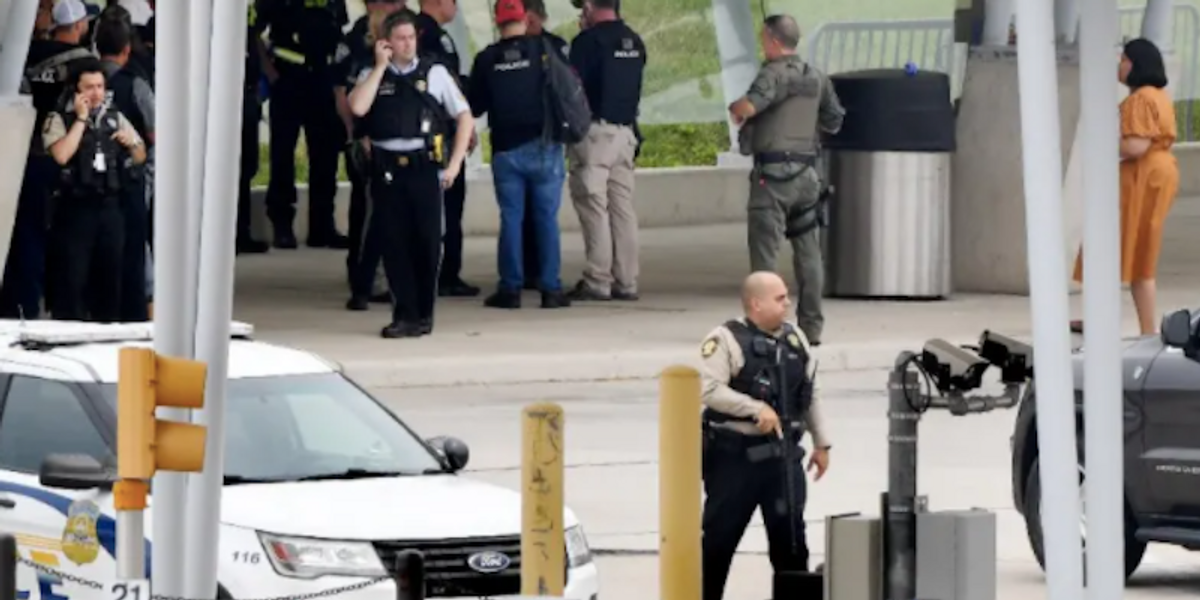 The FBI identified Wednesday the attacker who killed a police officer on a bus platform at the Pentagon and forced the US Defense Department into lockdown, but gave no motive for the attack.

"A struggle ensued, in which the subject mortally wounded Officer Gonzalez and then shot himself with the officer's service weapon," the FBI said in a statement.

Other officers then got involved, and Lanz died at the scene, the FBI said. It did not say if the officers also shot Lanz, but witnesses said there was a volley of gunfire in the incident.

Gonzalez was rushed to the hospital but did not survive.

A bystander was also injured but taken to hospital with minor injuries and later released, the FBI said.

No motive was suggested for the attack. Lanz, of Acworth, Georgia, had a long list of arrests according to local Georgia news reports citing court records.

He had been charged with attacking a police officer, making terroristic threats and burglary, among other offenses.

According to the Atlanta Journal-Constitution, he was out on bail and had been ordered by a judge to be evaluated for mental health and substance abuse.

The attack forced a full lockdown of the Pentagon and its thousands of workers for 90 minutes.

Gonzalez was mourned by Secretary of Defense Lloyd Austin, who was not in the building at the time of the attack.

"This fallen officer died in the line of duty, helping protect the tens of thousands of people who work in -- and who visit -- the Pentagon on a daily basis," Austin said in a statement.

"He and his fellow officers are members of the Pentagon family, and known to us all as professional, skilled and brave."

How to Embed Trust Into the Foundations of the Internet