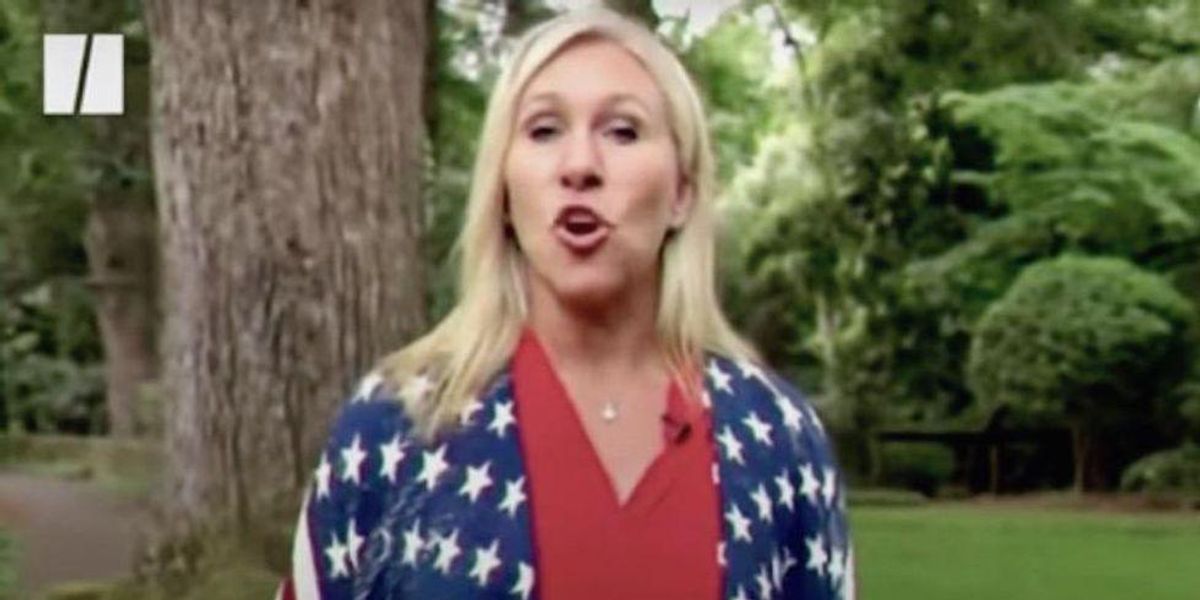 Greene will attend the Iowa State Fair on August 19, according to Bloomberg's Jennifer Jacobs, who reports that the "gathering is a traditional platform for White House aspirants."

Congresswoman Greene, who was stripped of all her committee assignments shortly after being sworn in for promoting the dangerous QAnon cult's beliefs and for endorsing violence against or the execution of Democrats, including House Speaker Nancy Pelosi.

Greene "has been touring the country to raise money with Representative Matt Gaetz, a Florida Republican, who is currently under investigation for possibly violating sex trafficking laws," Bloomberg adds. "Some Republicans have already discussed plans to distance themselves from Greene at the fair in Iowa, according to two of the people familiar with the conversations who spoke on condition of anonymity."