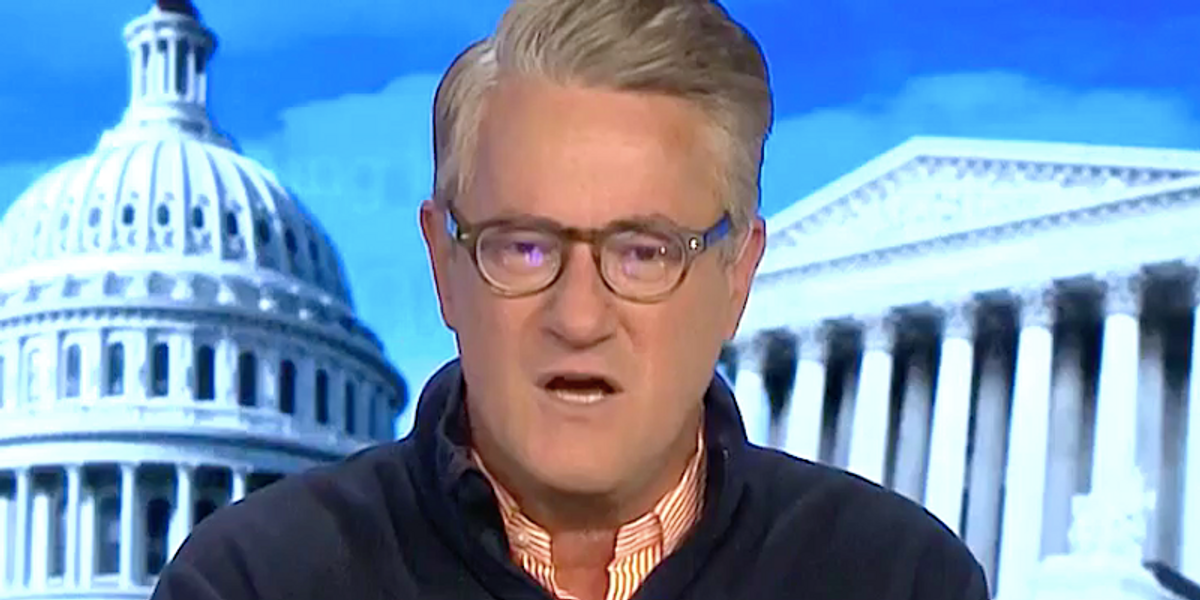 The Republican governor continues to insist his state will never impose business restrictions or mask mandates, despite shattering hospitalization records for COVID-19 patients, and the "Morning Joe" host bashed DeSantis for prohibiting mask mandates and threatening to cut funding from school districts that impose them to protect students and faculty.

"So you have this one governor who, again, is acting like this big government socialist telling small businesses, no, you're not allowed to run your small business the way you want to run your small business," Scarborough said. "If you're in a really hot spot and you feel like you want to require masks for people to come into your family restaurant that's been in your family for three or four decades, and you're trying to save that small business and you know the only way to save that business is by doing what you think is best and requiring masks for people doing inside dining, Ron DeSantis won't allow that. It's a ban. He's taking all the power, he's centralizing all the power in Tallahassee, Florida."

"Does that really make him feel that powerful, to centralize all of that power in Tallahassee, Florida, and not let small business owners, not let small family restaurant owners, not let people that have had family businesses along beach fronts for 40, 50, 60, 70 years, not let them decide themselves?" Scarborough continued. "He's taking all that power, and now he's doing the same thing to school boards. He's doing the same things to parents, for local governments, banning them from putting in a mask mandate in their counties, as if Miami-Dade County is the same Okaloosa County -- it's different."

"It's ridiculous, it's stupid and it's also dangerous," he added.

Scarborough accused the governor of pandering to voters who buy into conspiracy theories about vaccines and public health measures.

None of that should be surprising in the face of a highly contagious virus, he said.

"It reminds me of John Maynard Keynes' quote, 'When the facts change, I change my mind -- what do you do, sir?' Scarborough said, "and yet, these people on these pro-Trump sites are shocked, shocked that when the facts change, actually our medical professionals change their mind, and also change how they're telling us the way to stay safest."