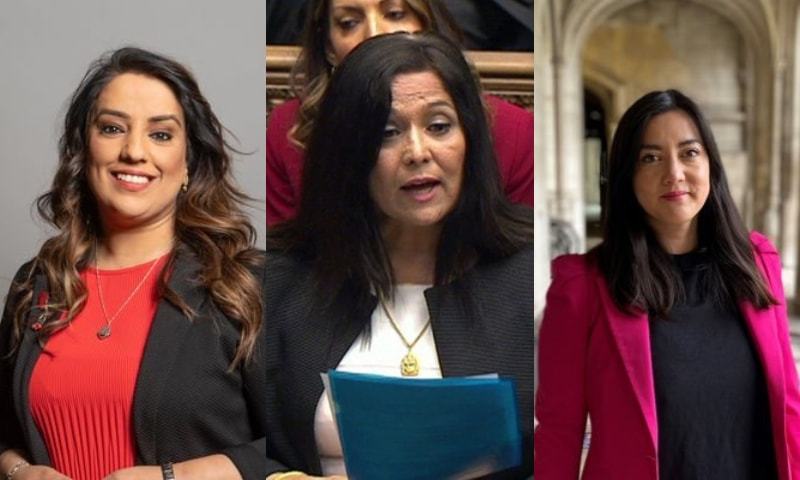 British lawmakers on Thursday criticised their government's "callous" decision to keep Pakistan on its "red list" for international travel but promote India to the "amber list" despite the latter's Covid-19 situation being more serious and it also being where the rampant Delta variant of coronavirus was first detected.

Pakistan was placed on the red list in early April and India followed on April 19 due to surging case numbers and the emergence of the Delta variant.

In an update to the travel listings issued by the British government, India along with Bahrain, Qatar and the UAE will be moved to the amber list from August 8 (Sunday).

Bradford West MP Naz Shah said she was "surprised" at the move, adding that it was not the first time the UK had exhibited "callous behaviour" in managing its quarantine traffic light system.

She questioned why Pakistan was still on the red list when its seven-day infection was 14 per 100,000 people compared to India's 20 per 100,000 and "well below the vast majority of amber list destinations".

"The last time this government favoured political choices rather than science and risked our nation's Covid efforts, it failed to place India on the red list," she said. "That led to the Delta variant becoming the most prominent Covid variant in the UK."

Terming the decision "unacceptable", she vowed to raise the issue further.

Bolton South East MP Yasmin Qureshi, too, noted that Pakistan remained on the red list despite "not having any variants of concern".

She said she had questioned the government and made efforts to address the issue but nothing came of it.

"The government is seeking to penalise Pakistan in favour of potential economic benefit," she said. "This is clear and blatant discrimination towards Pakistan."

She said she was writing a letter to Britain's transport minister, Grant Shapps, on the issue.

Labour MP for Luton North, Sawah Owen, also said it was difficult to understand the reasoning behind the latest changes.

"When you see figures like this, Tory ministers have a lot of explaining to do as to why India is going amber yet Pakistan and other countries remain red," she said.

"Decisions taken in isolation with no scrutiny are never good for the people we seek to represent. These decisions have big health [and] personal consequences," she tweeted.

As part of the new changes, Britain will scrap quarantine for fully-vaccinated travellers returning to England and Scotland from France as well.

The transport minister said the easing of rules would ease pressure on the struggling travel industry and give sunseekers a chance to meet up with friends and family.

"While we must continue to be cautious, today's changes reopen a range of different holiday destinations across the globe, which is good news for both the sector and travelling public," Shapps said in a statement.

"I had stated in April this year that [the] UK [government] was playing politics on Covid restrictions when they put Pakistan on [the] red list two weeks before India despite the Covid management disaster in India as opposed to Pakistan's good management raised internationally," she said.

Posting a mortality comparison in the week leading up to August 1 between the two countries, she said "there was no scientific reason for this discrimination".

Mazari said the political discrimination against Pakistan was clear and "unacceptable" considering the country's Covid-19 strategy had been praised by the UN, WHO and other international organisations compared to "India's disastrous handling of their Covid pandemic".