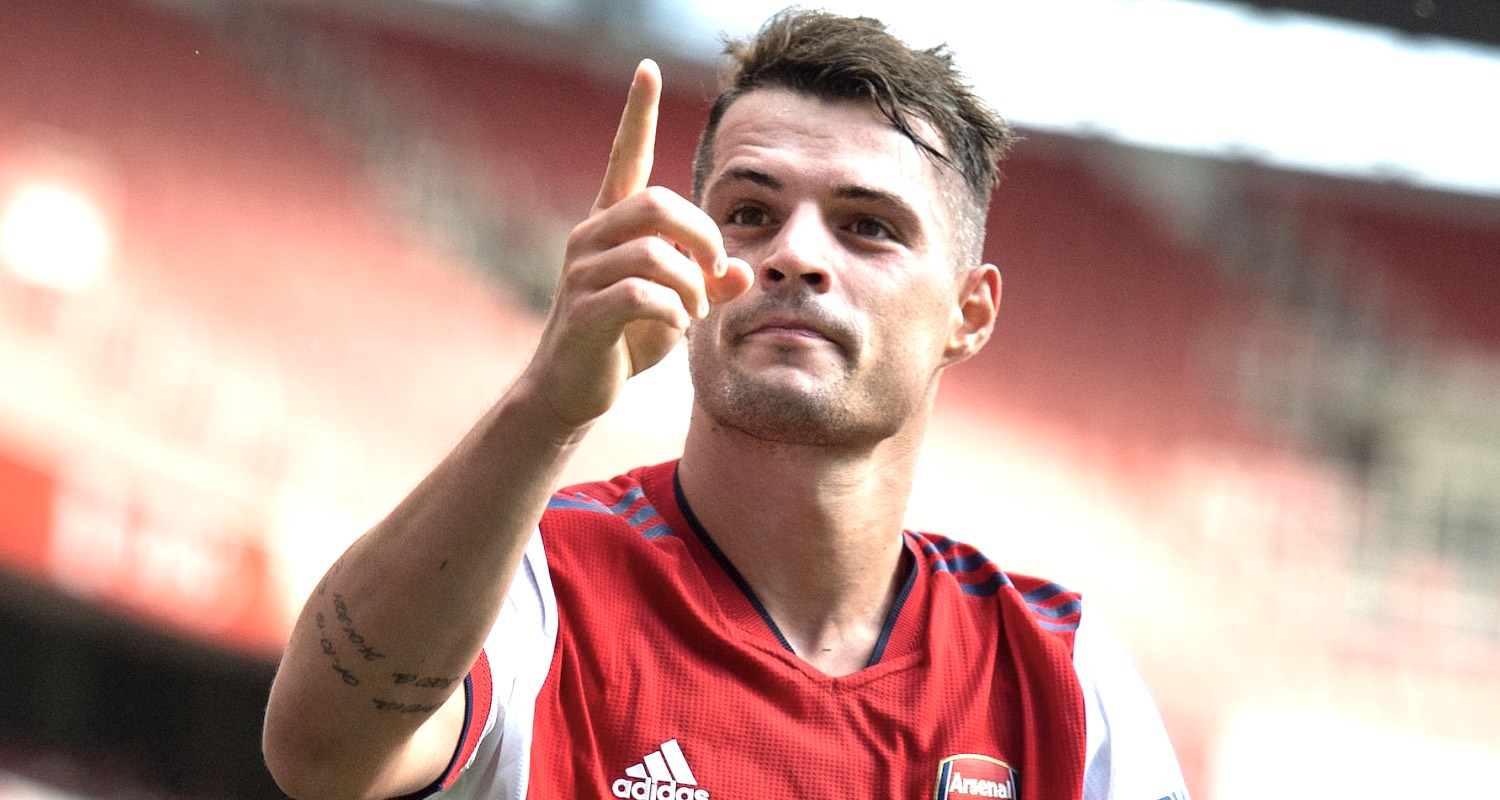 A few bits and pieces to get us going this Wednesday.

There’s a lot of talk about Granit Xhaka’s new contract, and it seems the Swiss international is on the verge of signing (or has signed), an extension. As I said previously, this isn’t something I would do, and I don’t really understand it. A player we would have sold if Roma had put up the money is now being given a new deal. It’s an odd signal to send.

I get that Mikel Arteta loves him, that he views him as an important figure in the team and the dressing room, I know all that, but it doesn’t alter the fact that if Roma had bid close enough to our valuation he’d be settling down in a new country right now. They didn’t, and if Arsenal viewed their offer as below par, they were well within their rights to knock it back.

However, I think he was ready for change, the fans were ready for change after five years with him as the fulcrum of a midfield which hasn’t been dynamic as we might like, and what Xhaka’s departure would have done is made a ‘top level’ signing an absolute necessity. That’s no longer the case. Again, I would still like to see it, but the urgency from that situation is gone now that he’s staying.

The extension though, I can’t quite get my head around it. Reportedly the pay increase is relatively small, so we’re not landing ourselves with another Ozil situation. All the same, if – at 28, after a pretty decent season and a European Championships in which he played extremely well – not a single club in the world was prepared to meet our price-tag for him, who is going to do it for a player heading towards 30? Talk of protecting his value only makes sense if he has any, and in this market it seems he doesn’t – not to an acceptable level for the club, anyway.

This is likely as much to do with the market as Xhaka himself, nobody has much money and I think that’s reflected in the low level of business during this window. We’re not the only club who can’t sell players, and I think there’s going to be a flurry of compromised deals done in the final weeks as clubs, agents, and players scramble to sort things out. It remains to be seen though if the market is much better this time next year. There should be more cash around with fans back, but the impact of the pandemic on football finances is something which is going to ripple on for years yet.

So, if you’re giving Granit Xhaka a new deal – you’re doing it because you want to secure his future as a player, not to protect his transfer market value. Also, Xhaka signing it means he’s committing to Arsenal, because he must understand how much more difficult a move away will be next year when he still has years remaining on his contract rather than 12 months. Mikel Arteta and the club obviously see him as someone who can offset some of the more youthful aspects of the squad, and Xhaka is clearly pleased with that role. We’ve talked a lot about the focus on young players and the age profiles of the signings we make, but they need to bolstered with some experience, and Xhaka, Partey, Aubameyang, Pepe etc, will be the core of that particular group.

I’ll also say this: as much as I wanted to see some midfield change this summer, I don’t think Xhaka staying is anything close to being the biggest issue we face right now. If he can bring some of his Euro 2020 form to the Premier League this season, that would actually be useful. My spider senses are tingling because we’re just over a week out from the start of the season and we don’t have a number 2 keeper to provide back-up/competition for a number 1 keeper whose first outing in the pre-season didn’t inspire a great deal of confidence.

We have four right backs and none of them are really the guy to take us forward, so that’s a situation which I’d like to see sorted out. And although we have Bukayo Saka and Gabriel Martinelli to come back and make that forward area stronger, we’re now completely reliant on a 20 year Emile Smith Rowe in the creative midfield area – and for very obvious reasons that’s not sufficient for a 38 game Premier League season + cup competitions.

We need a signing there to give us more depth in a position which, let’s be clear, is going to be fundamental to any improvement we need to see from this team. For all the worries about the high defensive line against Chelsea the other day, our biggest problem last season was creating chances and scoring goals. So far this summer, we’ve added to the defence, added a player to midfield, and although Joe Willock has the potential to be an option as an attacking, rather than creative, midfielder, we’re actually down Martin Odegaard from the squad that finished last season. So, we’re weaker in the creative area, and that’s got to be addressed via the market (although I accept that Saka is good enough to pick up some of that slack when he’s back and fully integrated again).

Which is to say I fully understand being disappointed at Xhaka staying, and I share the general bewilderment at the new deal, but there are bigger and more pressing issues for the manager and Technical Director to sort out, and I truly think what we do there will go a long way to define how successful we view this transfer window … or not.

Hmmm, that bit went on longer than expected. A couple of quick links then: we await official confirmation from the medical team, but it looks likely that Thomas Partey will miss the start of the season because of the ankle injury he sustained. Yikes, not ideal. Step up Sambi, save us from Xhakneny. Till tomorrow.

Also, the club have appointed Kevin Betsy as the new head coach of the U23s. Per Mertesacker says:

We are excited that Kevin will drive us to continue to deliver on our vision to develop and build ‘Strong Young Gunners’. Kevin has proved in his coaching career that he will be a colleague who can contribute strongly to our players’ development pathway by leading our Under-23s team, including our staff and players.

Best of luck to him. There are some exciting young players in the Academy right now, and it’ll be interesting to see how they develop under the new coach.

Right, let’s leave it there for now. More tomorrow.

White: Jones has ‘a lot of demons,’ this is ‘expected’ when he’s in Vegas