Arsenal have made their intentions clear ahead of the new season with some high profile signings who will help them in their bid to return to the upper echelons of the Premier League.

“We are incredibly proud of him and what he has achieved and much credit must go to our academy, who have played such an important role in developing Ben from a younger age,” said Potter.

“On behalf of everyone at the Albion, I would like to thank him for his contribution to the club, he has been a pleasure to work with ever since I arrived here, and wish him well for the future.”

After spending his youth at rivals Southampton, White joined Brighton as a sixteen year old academy player. He made several cup appearances for the Seagulls during the 2016-17 season before spending the next three seasons out on loan at Newport, Peterborough and Leeds United respectively.

His time at Leeds, where he won the Championship Best Young Player award, was especially productive. He played in every game of their Championship winning season of 2019-20, being named in the PFA Team of the Year also. He also caught the eye of England manager Gareth Southgate during his time at Elland Road.

Rejecting offers of a permanent move to Leeds, White played the whole of last season for his parent club, winning their player of the season award while also earning his first cap for England.

“Ben was a top target for us and it’s great that we’ve completed his signing,” said Arsenal boss Mikel Arteta.

No doubt Arsenal fans who have waited all summer for the chance to bet on premier league matches will be confident enough to have a flutter on White and his new team-mates as they look to improve on last season’s eighth place finish. 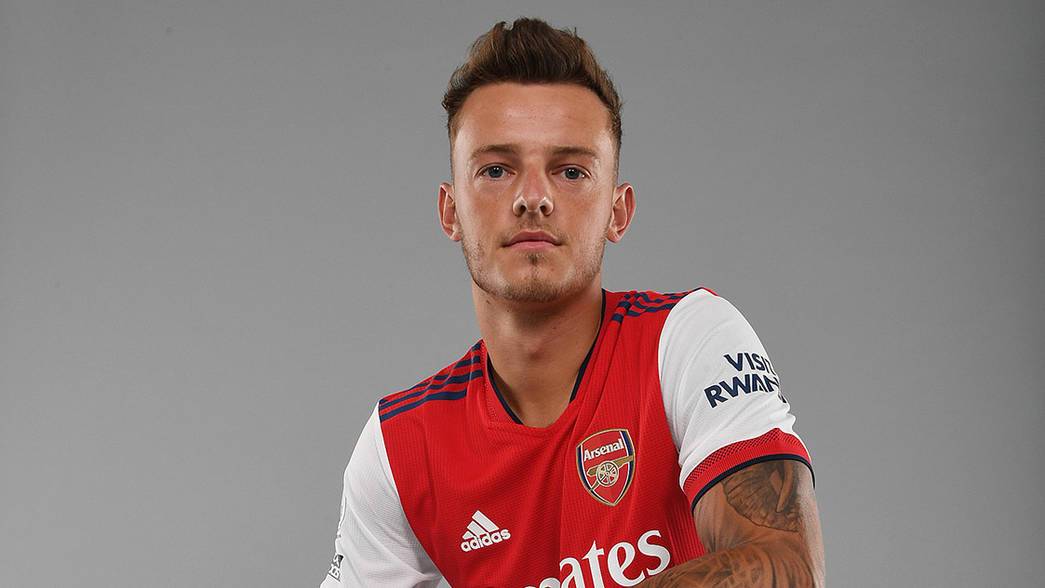 Also helping out their cause will be Belgian midfielder Albert Sambi Lokonga from Anderlecht, Arsenal’s other big signing of the off-season so far, but it is White who has attracted the most attention amongst the fans and media. In fact, his England team-mate Bukayo Saka was apparently pivotal in luring White to the North London giants after singing his praises to manager Mikel Arteta. White came on as a half time substitute in last weekend’s pre season friendly against Chelsea, impressing all with a goal saving block against Hakim Ziyech.

“When times get hard in games, I can step up and control situations,” White told Arsenal.com.
“I’m very relaxed on the ball and through that I can produce quality in bad moments of the game.”

“My main [position] is obviously centre back. That’s where I’ve developed over the years. I’ve slotted into different positions to help the team and I feel like I can do that to help the team. If I need to do that this season, I’ll definitely be up for it.”

The Chase viewers convinced Oscar-winning actress appeared on show – but can you guess who?