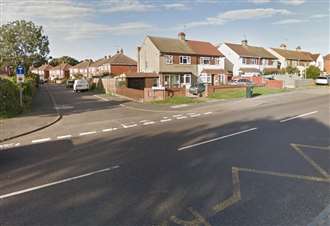 A 10-year-old girl is in a critical condition after being hit by a car in Dartford.

She is being treated in a London hospital and a man has been arrested following the incident in Watling Street.

The girl, who was a pedestrian, was struck by a yellow Audi S1 at just after 6.50pm yesterday.

She was hit in Watling Street, near the junction with Meadow Way, and suffered serious injuries.

A man in his 50s was arrested at the scene and remains in police custody.

Investigating officers are urging any witnesses to come forward.

Anyone who witnessed the incident, saw the pedestrian or vehicle prior to the incident, or anyone who has any dashcam, doorbell or CCTV is asked to contact the Serious Collision Investigation Unit on 01622 798538 quoting reference HW/LB/60/21.

They can also email sciu.td@kent.pnn.police.uk.

Jets and Zach Wilson now can get back to business