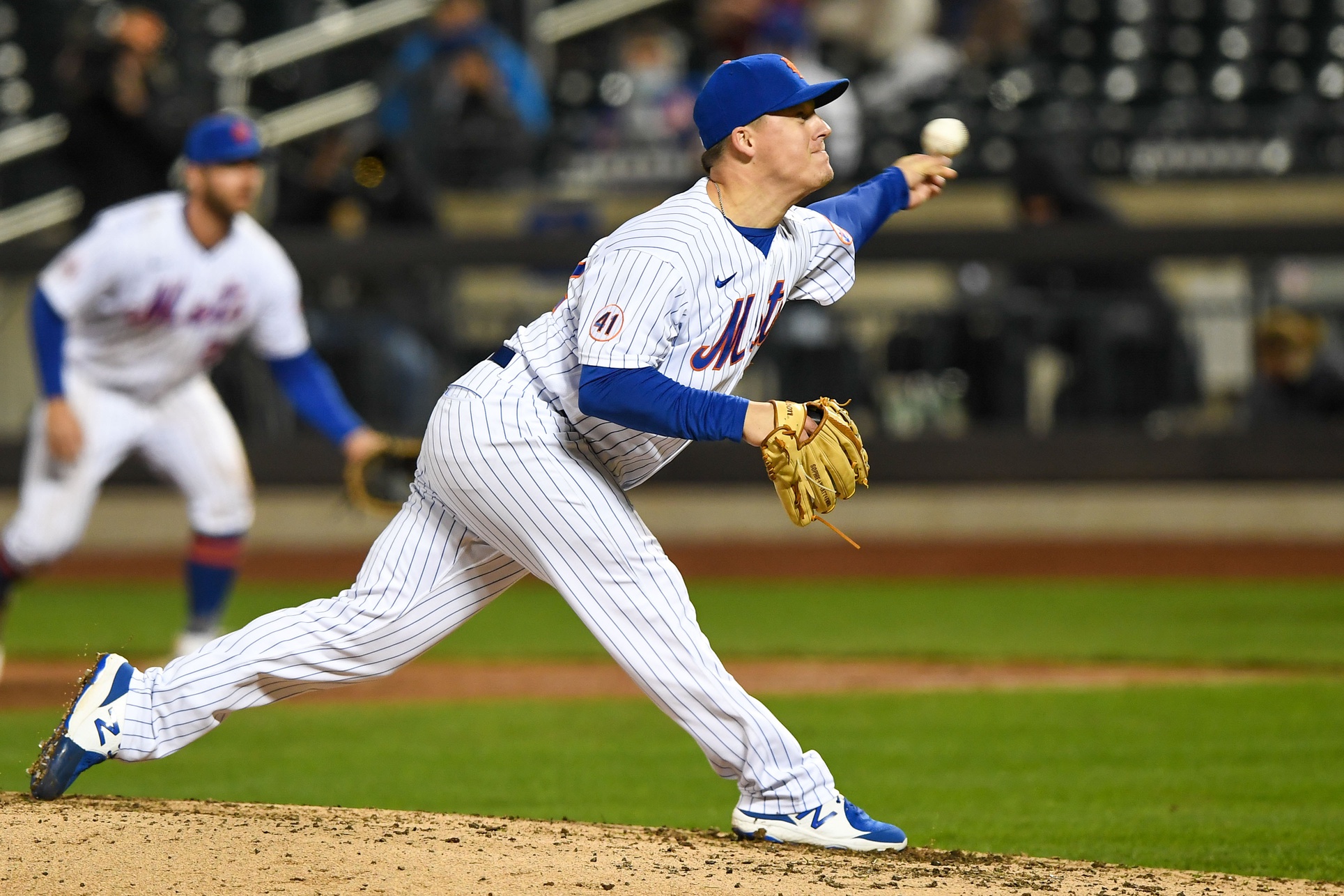 There was some talk about Jacob deGrom potentially working in an opener type of role since he’d have a long layoff between his last start and his next one to open up the second half, but that didn’t happen. New York’s ace instead threw a bullpen earlier in the day before shutting things down for the midsummer break.

So, that meant it was Loup’s opportunity to throw a couple of innings and head to the clubhouse for more fun activities while watching the rest of the game play out. The plan was for Loup to hand the ball off to Eickhoff, who recently re-signed with the organization and was called back up from Triple-A Syracuse. The southpaw was effective in his start, giving up no runs on two hits and striking out two. He threw 26 pitches (16 strikes) in his short outing, making quick work of the Pirates.

Eickhoff started off strong in relief of Loup. He allowed no runs through two innings of work, but struggled in his third inning of relief. He couldn’t make it through the fifth, and it was punctuated by allowing back-to-back home runs to Rodolfo Castro and Michael Perez. Eickhoff would give up a total of six hits and two earned runs over the course of 2 2/3 innings. He threw 50 pitches (31 strikes).

Neither Loup nor Eickhoff was credited with decisions in their outings, and it just got worse from there for a bullpen that’s been pretty good throughout most of the first half. Jeurys Familia gave up two runs in 1 1/3 innings before Edwin Diaz eventually blew his second save of the year by allowing two more runs in the ninth.

It was a bad loss to end what’s been a mostly successful first half for the Mets. This isn’t the kind of sour taste they’d want to have in their mouths for the next few days before traveling to Pittsburgh to face the Pirates again to kick off the second half. However, they’ve proven to be rather resilient over the past three-plus months of the 2021 season.

MAGA rioter bragged that breaking into Pelosi's office was 'best day of his life' to coworkers: feds

Joey Votto carried the Reds into ‘buyer’ status at the trade deadline. Is it enough?