CESC FABREGAS drew the fury of Twitter when attempting to praise Italy for their historic win at Wembley.

Roberto Mancini has transformed Italy from a side that did not qualify for the 2018 World Cup into European champions.

Fabregas recognised the outstanding achievement and applauded the manager’s ability to win silverware despite lacking the big-name players other teams possess.

But the former Spain international got himself into a spot of bother from eagle-eyed Twitter users.

Fabregas wrote: “Well done Italy. Thank you Mancini for reminding and showing us that with small quality players you can still win big tournaments in modern football.

“Heads up to all the English players and fans, you’ve done everyone proud.”

There was a swift backlash to Fabregas, with many slamming him for calling Italy’s players “small quality”.

But the former Arsenal star clarified his comments, responding: “Small, quality players… it’s actually a compliment! But of course on Twitter everyone always looking for the wrong side of things… anyways.”

Italy were not exactly favourites heading into the competition but managed to see off the likes of Spain and Belgium, and top players such as Kevin De Bruyne and Romelu Lukaku.

Why would you call them small quality players? You serious?

Stop disrespecting the Italians bro. Those guys are not small quality. Definitely not Immobile, who was Seria A top score 2 yrs ago, nor Insigne, Jorginho also the legendary defenders Bonucci and Chiellini ,as well as Spinazolla. Stop the disrespect man. 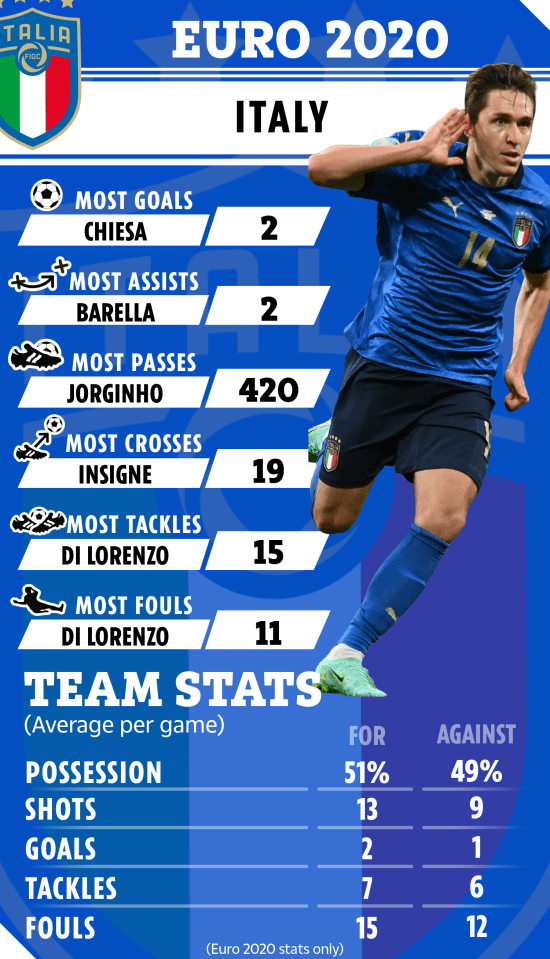 Sky Sports reporter slams trolls after being mum-shamed - but can you spot why?

Other big teams including France and Germany were knocked out in the Round of 16, proving what an achievement it was to go all the way.

Italy are now unbeaten in 34 matches with Mancini losing just two games since taking over in 2018.

The former Manchester City boss previously said he was proud of his record but asserted it would not count for much without bringing home a trophy, so he has now completed his main goal.