FORMER Chelsea and Manchester United boss Jose Mourinho has claimed one England star missed out on the Euro 2020 squad after ‘he refused’ to take a penalty in the 2018 World Cup.

The inquest has started after England’s spot-kick nightmare once again haunted them in the final against Italy.

Marcus Rashford, Jadon Sancho and Bukayo Saka all failed to score their penalties as Giorgio Chiellini and co lifted the trophy.

And while Three Lions boss Gareth Southgate and his crop of exciting young talent has galvanised the nation, there have been some questions over the manager’s selections for the shootout.

It was his three subs who missed the penalties, and it was left to 19-year-old Saka to score to keep England in the game.

But he saw his effort saved by giant keeper Gianluigi Donnarumma. A tearful Saka was consoled by Southgate at the end.

Roy Keane criticised England‘s senior pros for letting teenager Saka take the fifth and decisive spot-kick despite having never taken one for Arsenal.

The Manchester United legend was left furious the likes of Raheem Sterling or Jack Grealish didn’t put their hand up to take one – although the latter has since said he DID volunteer.

And SunSport’s expert Euro 2020 columnist Mourinho agrees that the responsibility should NOT have fallen on the Gunners’ wonderkid – and went on to make a BIG reveal.

He told talkSPORT: “On the decisions of the penalty takers, I think it’s hard to leave Saka as the last one.

“And because I feel Gareth is such an honest guy and is so protective of his players, I don’t believe Gareth would ever say if ‘Player A’ or ‘Player B’ ran away or hid or said they were not ready to take one.

“Because, don’t ask me who because I will not tell you, but I was told 100 per cent that one player that could be in this team and was not in this team, one of the reasons was in the World Cup semi-final he should have taken a penalty and he refused.

“So sometimes these situations happen and honest people like Gareth don’t expose the player.

“I don’t know in this case, I really don’t know, but I think it doesn’t matter if you’re a great penalty taker or not.”

England were desperate to end 55 years of hurt having not won a major tournament since the World Cup in 1966.

But Luke Shaw’s second-minute volley was cancelled out by Leonardo Bonucci, and after extra-time couldn’t separate the two teams, it went to penalties.

Saka came off the bench for Kieran Trippier on 70 minutes, while for Rashford and Sancho it wasn’t far off their first touches of the ball.

Mourinho was left stunned that Southgate didn’t select some of the other pros that finished the game. 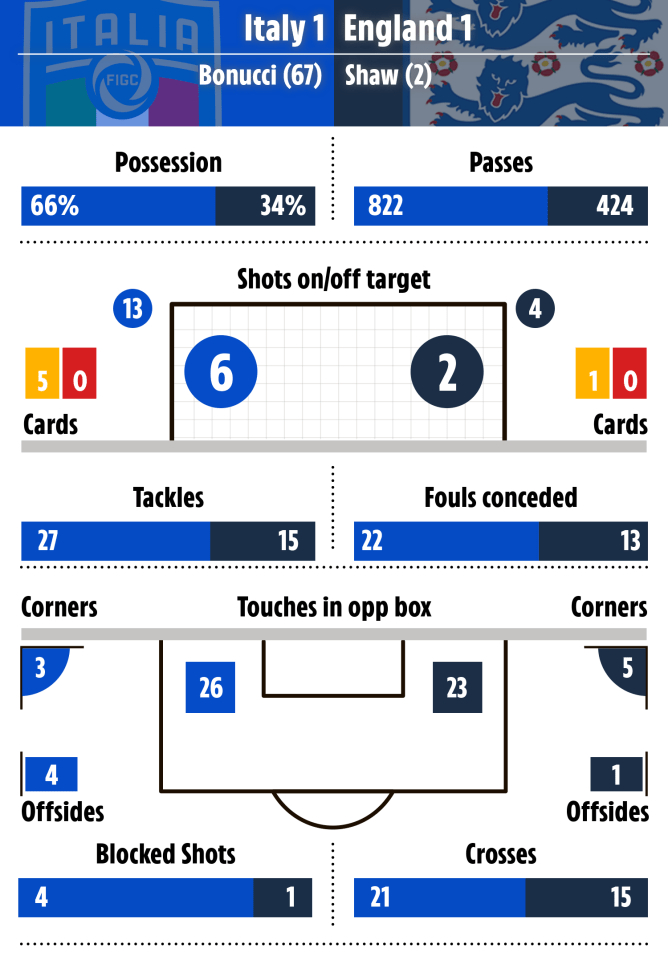 The 58-year-old, who named Kyle Walker as his player of the tournament, added: “In this situation, where was Raheem Sterling?

“Where was John Stones? Where was Luke Shaw? Why didn’t Jordan Henderson or Kyle Walker stay on the pitch?

“Because in reality it’s very, very hard for Marcus Rashford and Jadon Sancho to come and take a penalty after one touch on the ball.

“But for Saka to have the destiny of a country on his shoulders… I think it’s too much.

“We can speak about the previous days and how they were amazing at taking penalties, but the problem with penalties is it’s one thing is to take one in training and one thing to take in a match, and for those situations there is no way to train them properly because you can’t train with the real pressure, it’s something you only feel in that moment.

“Poor Saka, I just feel very sorry for him.”

Rashford, Saka and Sancho were all targetted on social media after their penalty misses.

The Prime Minister Boris Johnson, Prince William and Gareth Southgate have now all spoken of their fury.