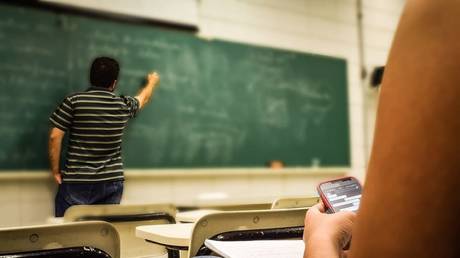 Canada's Ontario province has injected anti-racist activism into its Grade 9 math curriculum, decrying the science as having been used to “normalize racism” and demanding that lessons “challenge systems of power and privilege.”

Black and LGBTQ students, among others, have experienced "systemic barriers" to accessing high-level math instruction such as racism and implicit bias, according to the new curriculum. Teachers are expected not only to identify and remove such barriers but also to impart all students with the skills to recognize how math can be used to "uncover, explore, analyze and promote actions to address social and environmental issues, such as inequity and discrimination."

The curriculum, which is posted on the provincial government's website, calls for challenging "Eurocentric" ideas about learning math and creating an "anti-racist and anti-discriminatory environment." It argues against math being an objective discipline:

Mathematics has been used to normalize racism and marginalization of non-Eurocentric mathematical knowledges, and a decolonial, anti-racist approach to mathematics education makes visible its historical roots and social constructions.

Teachers are challenged to encourage different ways of learning, such as infusing "Indigenous knowledges" into their lessons, to help students develop "healthy and strong identities" as math learners. The program, which is based on a framework called Culturally Relevant and Responsive Pedagogy (CRRP), also will address "issues of power and social justice in mathematics education."

Toronto Sun columnist Brian Lilley panned the curriculum, saying, "So apparently math is racist and Eurocentric and subjective. Really?" He added that calling math Eurocentric is false, given its roots in such places as the Arabian Peninsula and China, and said the province has allowed activists to "insert their lefty politics into the classroom."

The new curriculum says math is racist and subjective. We need to teach kid’s math, not use math class to teach politics. Premier @fordnation and education minister @Sflecce need to fix this problem. Read and RT #onpoli https://t.co/ZYdRnGjfyS

The Ontario controversy marks the latest flare-up in a trend toward math curriculums that de-emphasize or eliminate gifted programs and challenge the science's objectivity, particularly in the US. In California, for instance, proposed changes to the state's curriculum would ditch gifted programs and discourage such allegedly racist practices as focusing on "getting the right answer."

The proposed California math makeover includes the use of a teaching guide called ‘A Pathway to Equitable Math Instruction’. The program, which was funded at least partly by the Bill and Melinda Gates Foundation, is reportedly being used by schools in Georgia, Ohio and Oregon. It argues that the concept of math being objective is "unequivocally false," and calls on teachers to identify ways that the science is used to uphold "capitalist, imperialist and racist views." It aims to ensure "equally high outcomes" for all students.

Dr. Kulvinder Kaur Gill, an Ontario pediatrician, said Ontario has become the "clown capital of the world" with government policies declaring math "racist" and a source of "white supremacy." Contrary to the new curriculum, she said that as a non-native English speaker, math was her "first love" in school because its objectivity transcended languages. "They replaced reality of objective facts, truths with illusions of subjective ideologies," she said of the new curriculum.

Math was my first love in elementary school and something I excelled at. English was my second language but numbers made sense irrespective of my mother tongue. Today I learned that the Ontario government feels that math is "racist" and a source of "white supremacy". Clown world. https://t.co/lIQBBtKL3c

Alphabet to launch robotics firm Intrinsic under its other bets unit