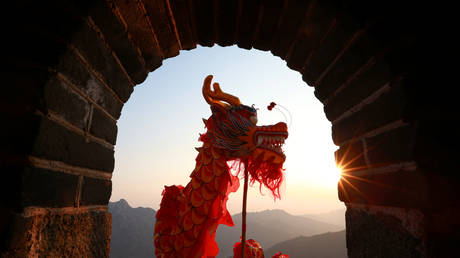 Beijing has promised to take “necessary measures” in response to the latest US blacklisting of Chinese companies over alleged human rights abuses and links to China’s military.

The Chinese Commerce Ministry has blasted the US move as “unjustified suppression of Chinese enterprises and a serious breach of international economic and trade rules.”

The ministry vowed it would “take necessary measures to firmly safeguard Chinese companies’ legitimate rights and interests.” Although it did not specify what those measures would be, over the past several months Beijing has increasingly retaliated against US sanctions on Chinese companies and officials with its own.

The US Commerce Department last week blacklisted 14 Chinese electronics and technology firms, one of which is backed by a top Silicon Valley investment company, banning them from doing business with US enterprises without a special license.

The US Commerce Department claimed the companies helped “Beijing’s campaign of repression, mass detention and high-technology surveillance” against the mostly Muslim Uighur minority in China’s far western region of Xinjiang. The US has been accusing the Chinese government of unlawful prosecution of the Uighurs, alleging that since 2017 Beijing has arrested some one million people in Xinjiang and sent them to forced labor camps, where they were tortured and forcibly sterilized.

China has repeatedly denied these accusations, defending its policies in Xinjiang as necessary for national security reasons.

Five more Chinese companies were blacklisted on Friday over their alleged ties with China’s military. Washington has been increasingly unhappy with Beijing’s recent military build-up, seen in the US as a threat to global stability.

Yet another four firms were sanctioned for doing business with companies that had already been blacklisted.

Russia and Iran were also targeted in Washington’s most recent blacklisting. Eight companies were slapped with sanctions for allegedly exporting US technology to Iran, while seven more were sanctioned for their alleged involvement with Russia's military.

Oldest fossils of animals may be in Canada rocks, study says