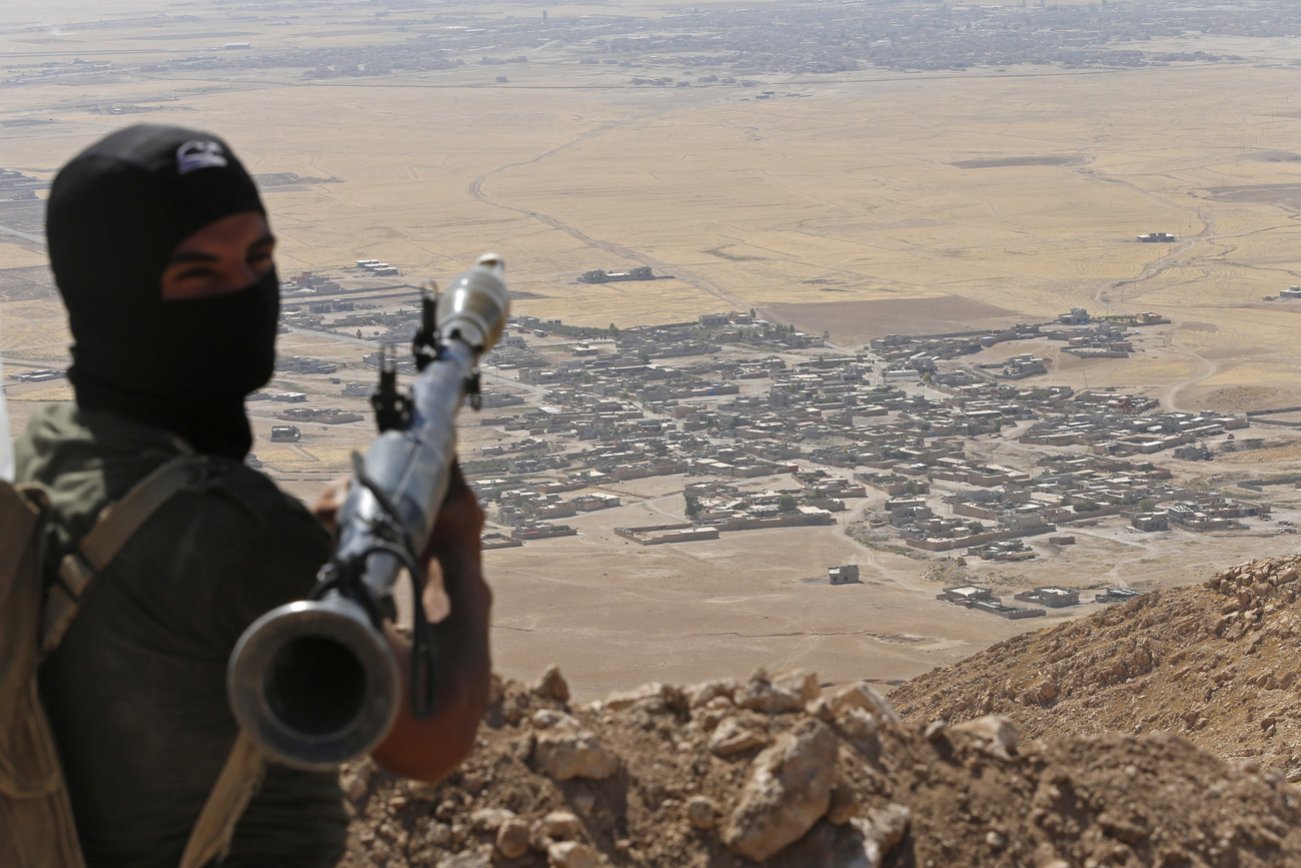 The low-level conflict in Iraq has the potential to further sour relations between the United States and Iran in the run-up to Raisi’s accession to the presidency.

As American and Iranian policymakers prepare for the accession of Iranian President-elect Ebrahim Raisi, violence between U.S. forces and Iran-backed militias has continued to escalate in Syria and Iraq.

In the most recent incident, two rockets were fired at the U.S. Embassy in Baghdad, located in the Iraqi capital’s heavily fortified Green Zone. The first rocket missed entirely; the second was destroyed by the embassy’s missile defense system, and no injuries were reported, according to Reuters.

The attack on the Embassy comes after a second attack on July 6. Explosive-equipped drones fired on the Erbil International Airport in Iraqi Kurdistan, roughly two hundred miles north of Baghdad, where hundreds of U.S. troops are stationed. Two soldiers were wounded in the incident.

No group immediately claimed responsibility for the attacks, but most observers attribute them to units within the Popular Mobilization Forces (PMF), an Iran-sponsored umbrella organization of Shi’a militia groups.

PMF units played a crucial role in the territorial defeat of the Islamic State from 2014 to 2017. However, in the aftermath, Iraq’s leadership has pressured them to adopt a formalized command structure within the Iraqi Army, a demand that many of the groups have resisted.

Roughly 2,500 U.S. troops remain deployed in Iraq, continuing to fight a low-level insurgency against “sleeper” Islamic State cells. However, some of the militias within the PMF, notably Iran-aligned Kata’ib Hezbollah, have used the opportunity to conduct attacks against U.S. troops. To date, they have been targeted by attacks nearly fifty times since the beginning of the year.

When possible, the U.S. has struck back. An American raid near the Al-Qa’im border checkpoint between Iraq and Syria claimed the lives of four Iranian-backed militiamen. In retaliation for the raid, on July 5, rockets were launched at the Ain al-Asad Air Base in Iraq’s western Anbar province; no serious injuries were reported, according to U.S. Army spokesman Col. Wayne Marotto. Anonymous reports collected by Reuters, however, suggested that two soldiers received minor injuries during the attack.

The low-level conflict in Iraq has the potential to further sour relations between the United States and Iran in the run-up to Raisi’s accession to the presidency. It has also been strongly condemned by Iraqi leaders in Baghdad, who have expressed indignation at Iraq’s use as a battleground for proxy conflict between Iran and the United States.

Iran has denied issuing orders to Shi’a militias in Iraq, although experts on Iraqi militias in Washington have previously doubted these claims.

Trevor Filseth is a current and foreign affairs writer for the National Interest.

49ers training camp: Will Nick Bosa get cleared or join others on injury lists?

THE DIGITAL HEALTH ECOSYSTEM: The most important players, tech, and trends propelling the digital transformation of the $3.7 trillion healthcare industry

‘He has something you just can’t teach.’: Robert and Sarah Walker enjoy side-by-side victory lap in hack championship