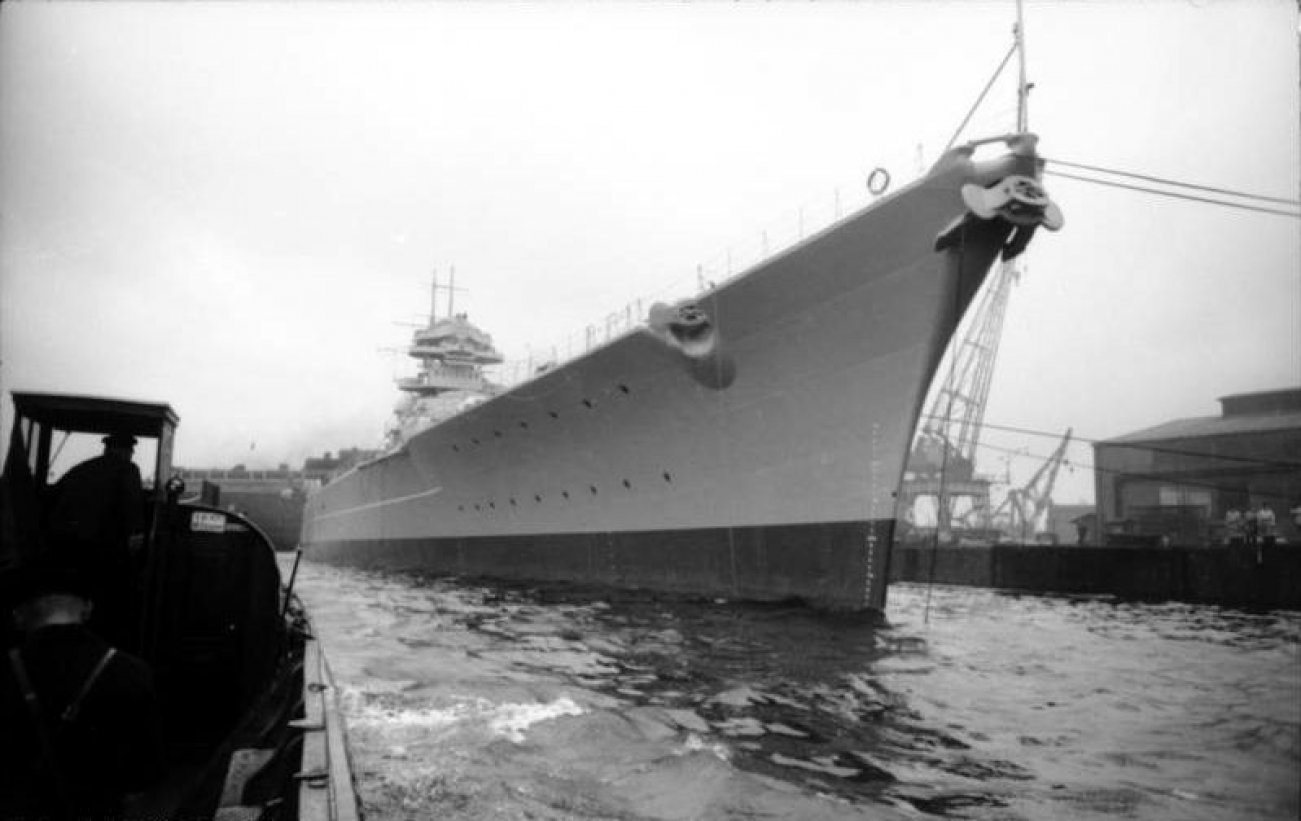 These titans of the sea have proven quite mortal since their debut in the early years of the twentieth century.

Here’s What You Need to Remember: What’s the best way to sink a battleship? Put a hole in it.

Easier said than done. Yet for all their vast hulls, big guns and thick armor plates, these titans of the sea have proven quite mortal since their debut in the early years of the twentieth century. More than a hundred battleships and pre-dreadnoughts have succumbed to various causes, according to one vigorously sourced list.

So here are the top five ways in which battleships die. Note: some cases are ambiguous. For example, the Bismarck was damaged by a torpedo launched by British Swordfish aircraft, which slowed the German battleship until the Royal Navy’s battle fleet caught up and sank the Bismarck with gunfire. So should credit for the kill be shared?

The most prominent killer of battleships has been the airplane, or at least since 1939. The warning sign was the 1940 British air strike (the Swordfish torpedo bomber again) on the Italian fleet moored at Taranto harbor, which sank or damaged three battleships. The message was loud and clear when Japanese carrier-based aircraft sunk or crippled eight U.S. battleships at Pearl Harbor. And just in case that message wasn’t heeded, Japanese land-based torpedo bombers sunk the British capital ships Prince of Wales and Repulse a few days after Pearl Harbor.

It was later the turn of the Japanese battleship force to be pummeled from the air: the superbattleships Musashi and Yamato were sunk by U.S. carrier planes. The German battleship Tirpitz was relentlessly pounded for years by the Royal Air Force until it finally capsized from British blockbuster bombs.

Given the vulnerability of battleships to aircraft, it’s a wonder that more weren’t sunk by airpower. The reason more weren’t is that Second World War navies became very cautious about sailing battlewagons within range of enemy airpower in daylight, unless under plentiful air cover.

The ship that lives by the broadside dies by the broadside. Battleships were designed to slug it out with their counterparts in a decisive battle to decide who controls the seas. At Tsushima, the Russian battleships were blasted by a more skillfully led Japanese battle fleet. At Jutland, three British battlecruisers exploded under German gunfire, while U.S. battleships got their revenge for Pearl Harbor by sinking two Japanese battleships at Surigao Strait in 1944.

For battleships, submarines were the assassins of the sea, stealthily stalking their prey before planting a deadly torpedo in the sides of a battle. Battleships became sub victims as early as World War I. In December 1914, a British submarine sunk the old Turkish battleship Mesudiye. In May 1915, HMS Majestic was sunk off Gallipoli by the German submarine U-21.

Battleships fell prey to subs within weeks after World War II began. Just after midnight on October 14, 1939, the German submarine U-47 penetrated the defenses of the main British naval base at Scapa Flow, and torpedoed the battleship Royal Oak. On November 21, 1944, the Japanese battleship Kongo was sunk by the USS Sealion.

To be fair, battleships were not easy targets for subs: they were fast—at least compared to a creaky cargo ship—and tended to be protected by a screen of destroyers.

Mines claimed several battleships before World War II. The most notable victim was the Russian battleship Petropavlovsk, which struck a Japanese mine in April 1904 during the Russo-Japanese War. Among the dead was the Russian battle fleet commander, Vice Admiral Stepan Makarov, whose demise led to the destruction of the Russian fleet at Tsushima. Three Allied battleships were also sunk by mines in 1915 supporting the Gallipoli landings.

Hard as it is to believe, battleships occasionally blow themselves up. The French battleship Liberté exploded in September 1911 after faulty propellant charges detonated its magazine. And Japan’s Mutsu sank in June 1943 after a magazine detonation (an Imperial Japanese Navy investigation blamed sabotage by a disgruntled crewman).

Michael Peck is a contributing writer for the National Interest. He can be found on Twitter and Facebook. This article first appeared several years ago.

Dead in the Water: Chemical Weapons Could Have Killed D-Day