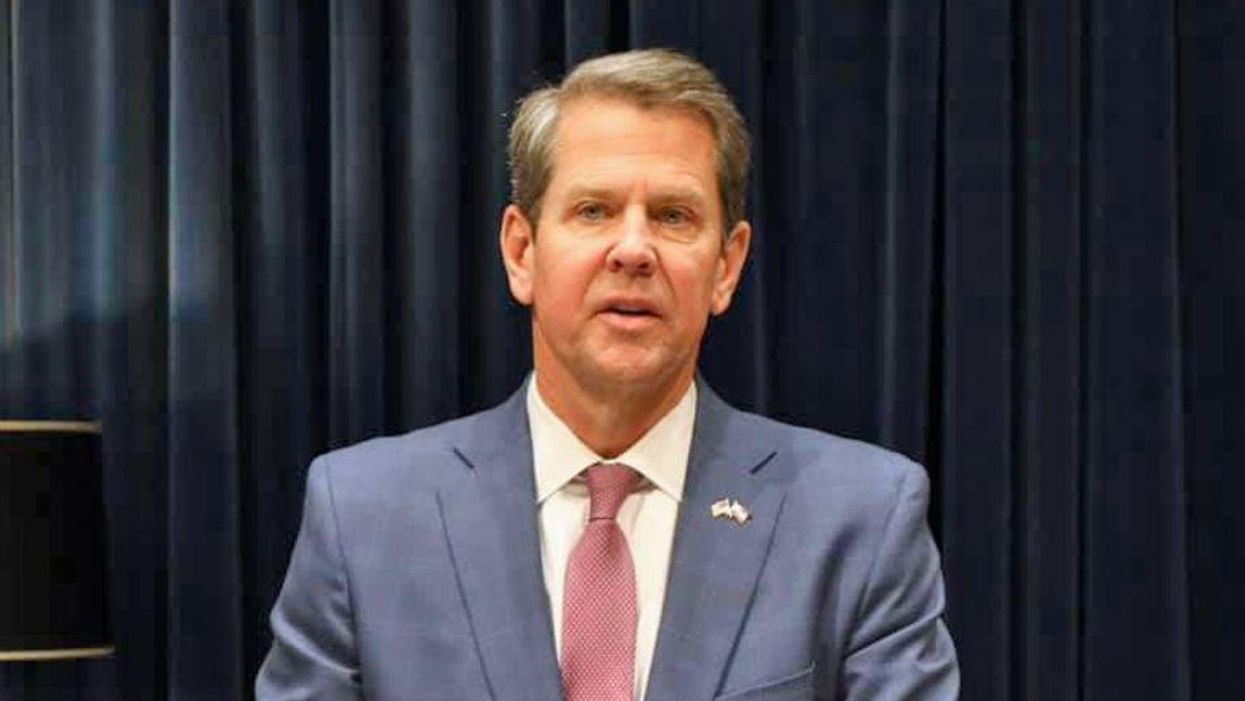 President Donald Trump attacked the Republican governor and secretary of state during his Sunday speech to a Dallas, Texas CPAC crowd.

The two Republicans recorded Trump asking them to commit voter fraud and to "find" enough votes for him to win the 2020 election. They refused, presumably knowing that it was illegal.

"They let us down," said Trump of Gov. Brian Kemp (R-GA) and Brad Raffensperger (R-GA).

He went on to blast the state for not making an election law that is as strong as Texas' law, which makes voting even harder for people to vote than in Georgia.

Just the mention of the Republicans' names led the audience to boo them.

You can see the clip below: