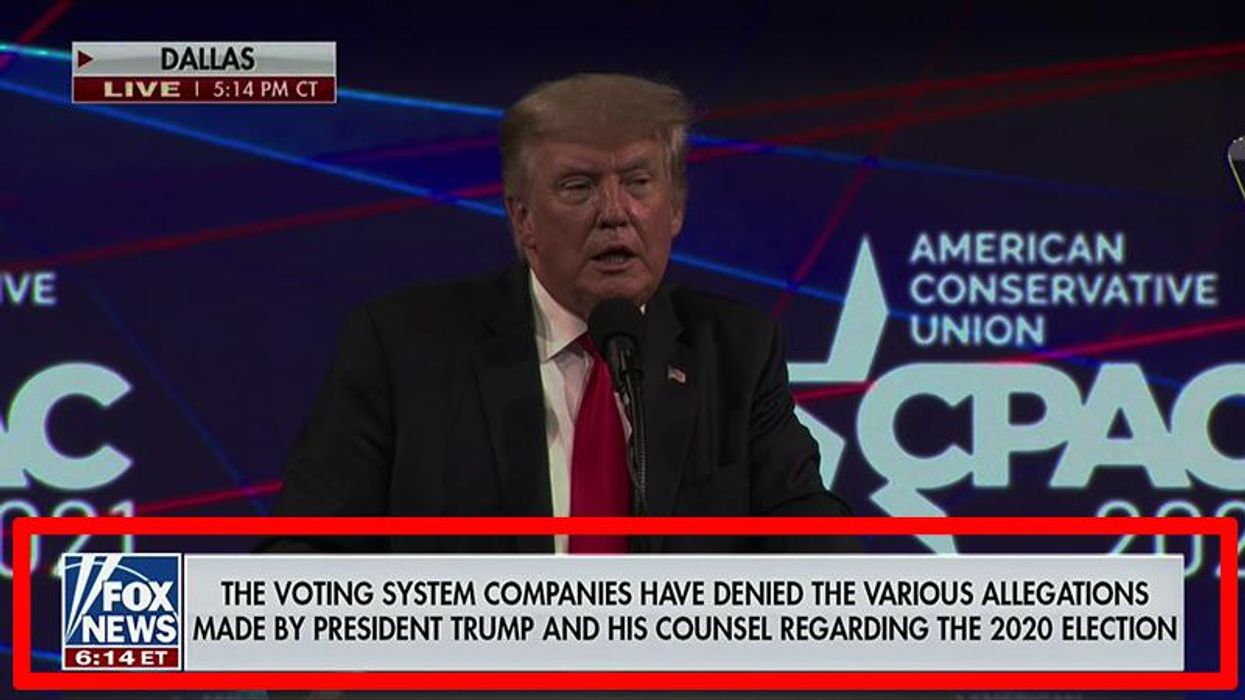 Former President Donald Trump continued to spread his 2020 election lies in this CPAC speech Sunday. But one thing was notably different: Fox News ran a disclaimer that he was lying.

While Fox has spent the past several weeks allowing their prime-time hosts to spread lies about the COVID-19 vaccine. The network appears to be drawing a line when it comes to the election.

"The voting system companies have denied the various allegations made by President Trump and his counsel regarding the 2020 election," the screen says.

Networks like OAN and others have been sued for allowing people on their air to lie about election tabulations companies that are now engrossed in litigation.

Opinion | With the Eviction Moratorium Ending, It’s Time to Focus on Landlords