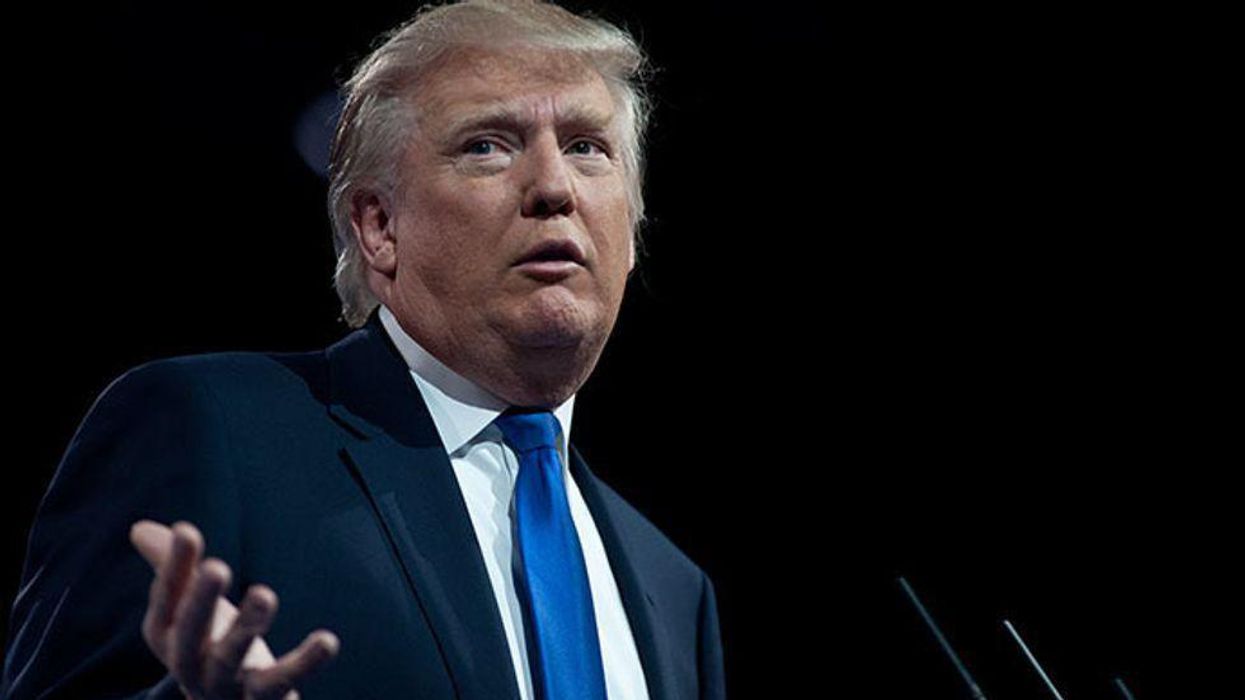 Sunday, former President Donald Trump flapped through a rambling speech that didn't address anything new but repeated some of the same old talking points typically heard at his rallies.

Trump bragged about his crowd size, he attacked President Joe Biden's family, he went after Rep. Adam Schiff (D-CA), lied about crime, and went off on several tangents that were impossible to follow.

One piece of the speech disturbed some, however. At one point, while Trump was bragging about what he did to rebuild the old-school military with ships and jets. The United States doesn't typically fight wars using ships and jets anymore, the new war is being fought in cyberspace, as military experts have explained. Still, Trump bragged about what he accomplished. But it was what he threatened after that left some concerned.

There are several reports of militia members and radical right-wing terrorists who have penetrated the American military and police departments. As Trump fans are promising that their guy will be reinstated in August, many Americans have been left wondering if there will be another attack on the U.S. Capitol like the Jan. 6 attack.

Others questioned Trump's ongoing lies and how people still believe them after so many fact-checks and reality has proved otherwise.

See the comments below:

The GOP has been talking about "Communists" all weekend at #CPAC, but they never talk about how two of Trump's wive… https://t.co/VOTrDDPnZO

I will nutshell the Trump CPAC speech right now. This is what he is saying without saying it: Fuck you, Joe Biden,… https://t.co/KTajpcqrOj

Trump says at CPAC that he didn’t change after being impeached: “I became worse” — in a proverbial slap in the face… https://t.co/SRxMgQSE23

From reciting the Snake poem at his rallies to comments like this, it’s clear Trump really enjoys trolling his own… https://t.co/R8qBG8Ge4j

Why is no one doing anything? I mean didn’t McConnell say Trump would be prosecuted for his role in the insurrectio… https://t.co/gD2qP8NECA

I know the GOP is having fun with their "audits" and CPAC and racist freakshows and sewer-clowns like Tucker, Boebe… https://t.co/vdJAzQS6fx