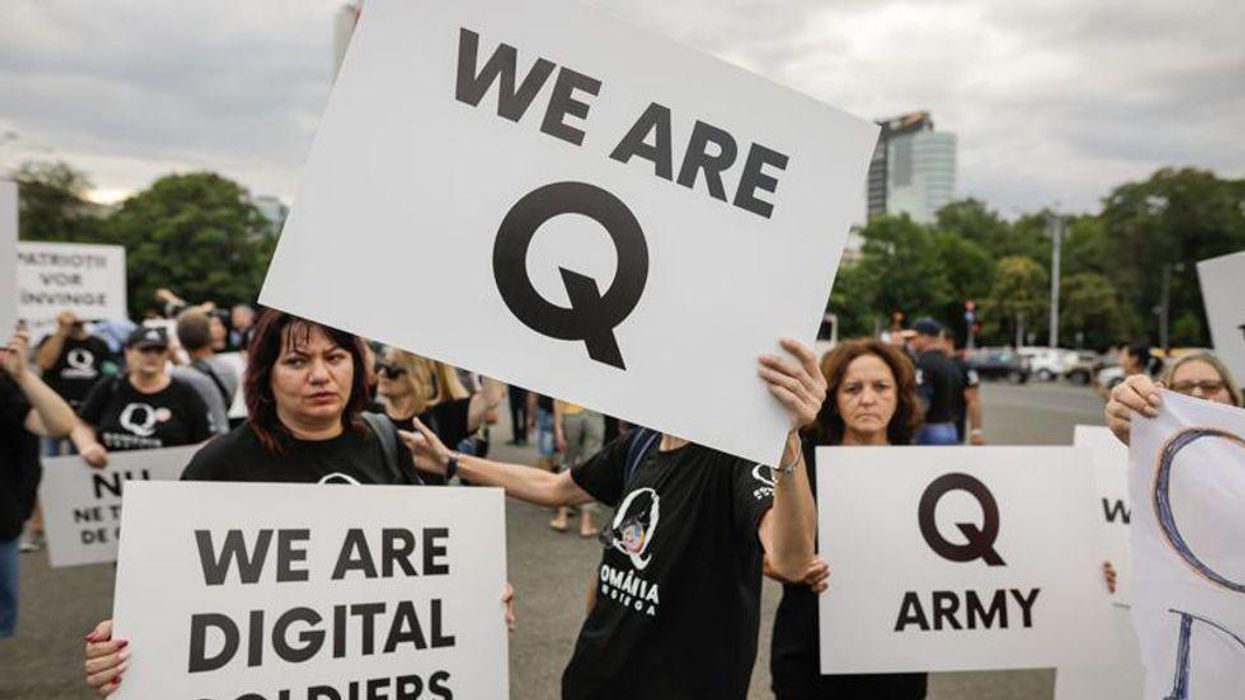 As QAnon's influence continues to grow within the Republican Party, it appears to be getting harder and harder for former president Donald Trump's team to distance him from the right-wing conspiracy group.

Politico reports that last week, after it was discovered that two promoters of QAnon were given press credentials for Trump's rally in Sarasota, Florida, the former president's team said they were not welcome and announced it is considering a new policy to verify reporters. Trump's team also works hard to keep QAnon merchandise such as T-shirts, flags, and signs out of his the rallies.

"If we let in one 'Q' shirt out of hundreds of shirts," the negative press would be astounding, one person close to Trump reportedly told Politico. "A picture that's on the cover of New York Times, with a hundred [QAnon] t-shirts behind him, would be worse" than him talking about QAnon.

Another Trump adviser tried to downplay the influence of Qanon, whose followers believe that the world is run by a cabal of Satan-worshiping pedophiles."Look, there have always been crazy people in politics, there always has been, there's always going to be, and who gives a s---?" the adviser said.

But Team Trump's efforts have been complicated by not only QAnon's growing influence, but also his recent effort to turn one QAnon follower, deceased Capitol insurrectionist Ashli Babbitt, into a martyr — an effort that continued at CPAC on Sunday.

Trump has never publicly disavowed QAnon, and the group has of course embraced his false claim that the election was stolen — in their minds, "by a vast conspiracy of shadowy elites, assisted by voting machine companies, a slavish mainstream media, secretive government agencies, and, perhaps, the Chinese government," Politico reports.

Mike Rothschild, the author of the recently published book about Qanon, fears that the situation could lead to violence when Trump is not reinstated as president – as QAnon followers believe he will be — in August.

"When they don't win, that will work into their sense of grievances that they've had building up over the past few years and I think that will be a very dangerous moment," Rothschild said. "I think there will be QAnon believers who have spent so much time building up to this moment where the dominoes are going to start falling and when they don't people will get upset."

With No Spectators Allowed, Olympic Families Are Turning to Watch Parties