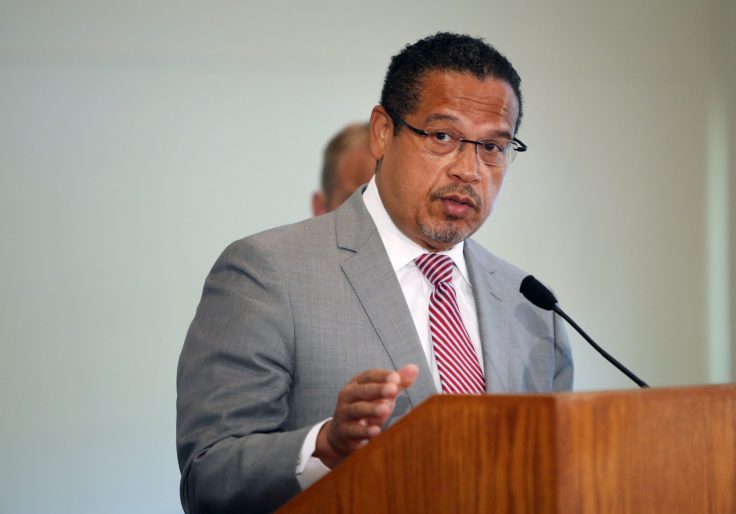 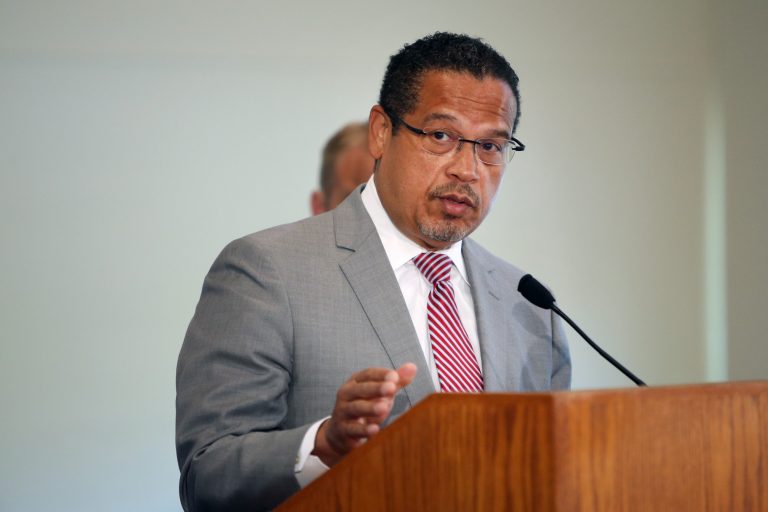 The Minnesota Court of Appeals ruled in June that Ellison must release communications regarding his hiring of two private attorneys through Bloomberg's State Energy and Environmental Impact Center (SEEIC). Rather than turn over the documents, however, Ellison appealed the ruling to the state's Supreme Court, lamenting that the decision would force his office to produce "internal privileged communications to any member of the public who requests it."

The move is at odds with Ellison's rhetoric as an elected official. Just one month before his appeal, the Democrat praised an effort to archive documents generated by lawsuits filed against drug companies, writing that any "future deal" with opioid manufacturers should "include transparency and doc disclosure." Three years earlier, Ellison criticized former Trump administration official Mick Mulvaney for lacking transparency because the Republican used "frosted" glass in his office.

Bloomberg established the SEEIC in 2017 through a $6 million grant to the New York University School of Law. The center funds climate change litigation by paying to place environmental lawyers in attorney general offices across the country. Ellison applied to participate in the program in 2019, saying Bloomberg funds would provide his office with the "additional staffing necessary" to pursue "progressive clean energy, climate, and environmental matters of regional and national importance."

Within three months of Ellison's request, the SEEIC embedded two environmental attorneys in the Democrat's office at an estimated annual cost of between $192,000 and $260,000, according to Ellison's application. When nonprofit group Energy Policy Advocates sought communications from Ellison discussing the program, the Democrat refused, claiming the information was "nonpublic."

The group sued Ellison in August 2019, arguing that the "public has a substantial interest in learning how private law firms are recruiting elected officials to further private goals." Upper Midwest Law Center president Doug Seaton—who is representing Energy Policy Advocates—accused the Democrat of "covering his tracks" and stressed the need to "scrutinize the behavior of the attorney general's office."

"It's critical that the citizens of Minnesota be able to know what the attorney general is doing, who he is working with, who he's deputizing to be his assistants," Seaton said. "We think this represents essentially a leasing out of the badge of the attorney general to third parties that have their own agenda."

Ellison, who did not return a request for comment, made quick use of the Bloomberg-backed attorneys. Just one year after submitting his application, Ellison listed the two attorneys—Leigh Currie and Pete Surdo—on a lawsuit targeting the American Petroleum Institute, Exxon Mobil, and Koch Industries.

Both Currie and Surdo still work in Ellison's office, their LinkedIn profiles show. Surdo lists working as a "Fellow with the NYU School of Law's State Impact Center … embedded with the Minnesota Attorney General's Office as an Environmental Litigator."

While SEEIC attorneys have served in a number of Democratic law enforcement offices—including New York, Illinois, and Washington, D.C.—some states have taken action to prevent the scheme. The Virginia state legislature in 2019 and 2020 required those working for Democratic attorney general Mark Herring to be paid solely with public money after the Democrat applied for a Bloomberg-funded lawyer.

Seaton said the Upper Midwest Law Center will file a brief contesting Ellison's appeal in the coming days. If the appeal fails, Ellison will be forced to turn over the documents in question to a judge, who will determine if any of the contents are privileged.

SEEIC deputy director Jessica Bell said the center's attorneys are "directed and managed solely by the attorneys general offices in which they served" and described the group as "non-partisan." SEEIC attorneys have worked exclusively in Democratic offices.