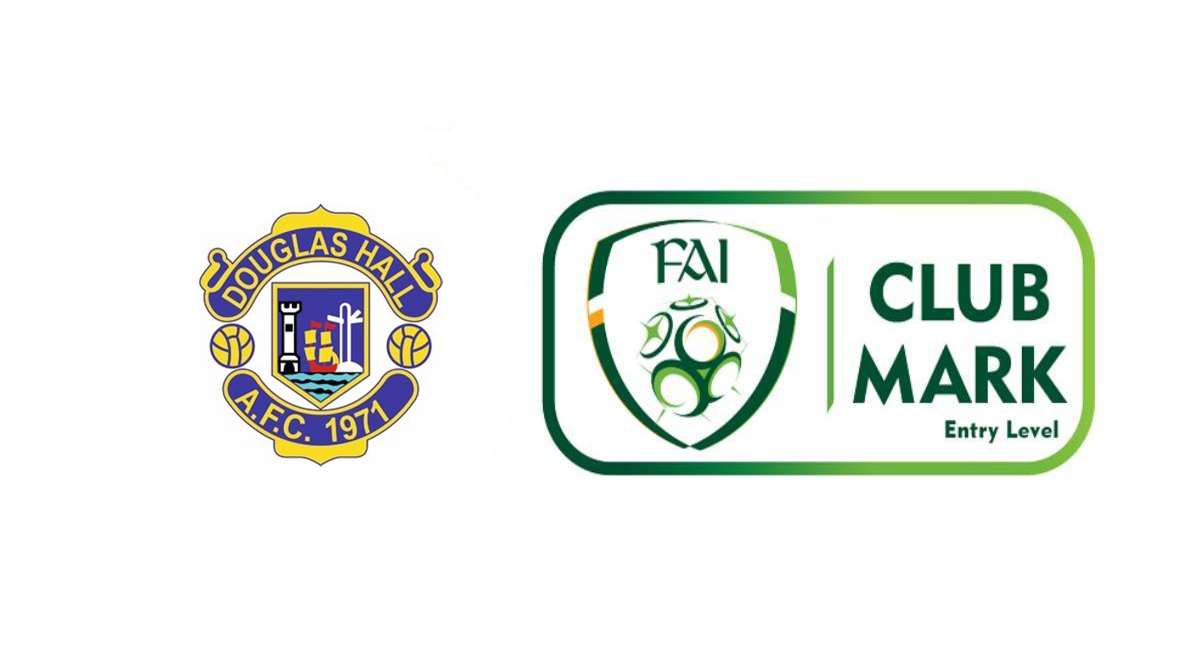 Douglas Hall AFC was established in 1971 and are soon to launch their 50th anniversary celebrations. The club grounds are in Moneygourney, Douglas and caters for the Douglas, Grange, Donnybrook, Rochestown & Garryduff communities.

Hall have had many successes over the years but hold the stat that they are the only club to have won the Munster Senior Cup (2014), Munster Junior Cup (1988) & Munster Youths Cup in (2018). The Ladies team won the FAI Intermediate Cup in 2013. The club have been runners up in the 2008 FAI Intermediate Cup, 2018 SFAI U12 & U16 finals the 2019 SFAI U13 National Cup final. The club has had many local successes over the years and last season the U17’s reached National Cup Semi-Final while the Youths were unlucky to lose on penalties against Killarney Celtic in the 2020 FAI Youths Cup final.

The club members purchased 11 acres back in 1980 and since then the club has grown to develop facilities that include one grass pitch, one full size floodlit all-weather pitch, two 5-a-side courts, dressing rooms and a 120 space car park. Alongside the five adult, six youth and 24 schoolboys/girls teams, Douglas Hall AFC operates an academy with over 350 members. This brings the total membership of the club to 900.

The success of the club is in no small part down to the many volunteers. Chairman Brian Kennedy, Michael O’Brien, founder CJ Harrington, Gerry O’Connell, Bertie O’Mahony, Tim Desmond & Club President Denis Carroll. So many have contributed down through the years, Nick Swanton, Colm Lyons, Joe Doherty, Tom Murphy, Mick McCarthy & Garrett Lyons.

Colin Doyle came through the ranks and was capped at Senior International as well as Conor Hourihan who spent two years with the ‘Hall before transferring to Sunderland. Clare Shine & Saoirse Noonan played all their underage football with Douglas Hall and have worn the green jersey.

Thank all those who have supported the club over the last 50 years, from the humble beginnings to purchasing and developing the grounds, upgrading with all-weather pitch and making Douglas Hall the club it is today. All support whether volunteering, managing teams, arranging transport, supporting, financial and other are so much appreciated.

The FAI Club Mark is free and optional for clubs and aims to:

If your club is interested in learning more about the FAI Club Mark please complete this short Registration Form.