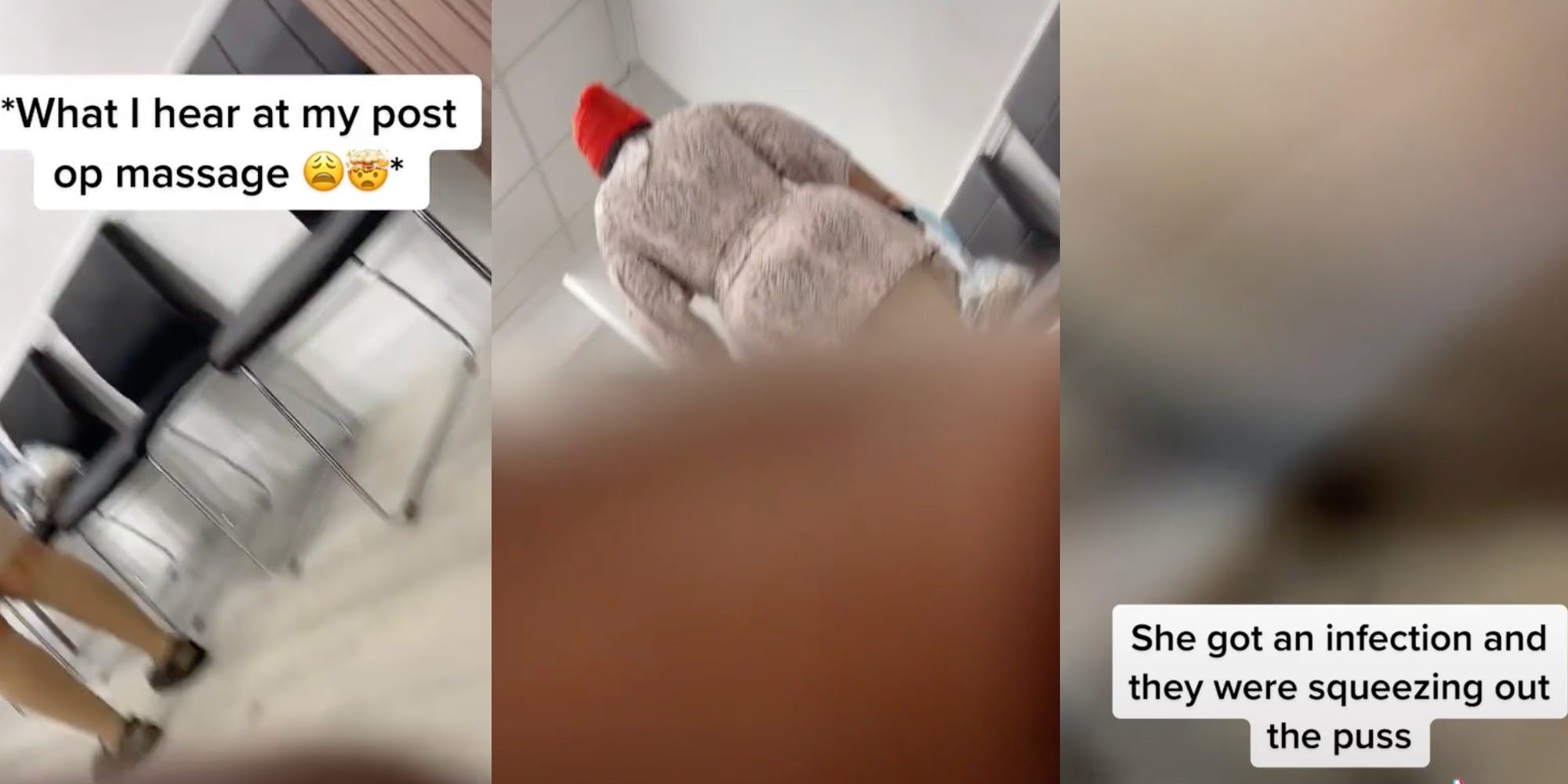 One TikToker who recently got a Brazilian butt lift showed viewers the painful side of the “BBL effect” after capturing a fellow patient screaming in pain due to a postoperative infection.

The video, posted to TikTok by user @_chompers, was viewed over 800,000 times in a single day. It is the latest viral video concerning the BBL trend taking over the platform. The caption reads, “What they don’t tell you!”

The user wrote in an overlay that she was getting her post-op massage when she heard another woman screaming. The screaming woman can be heard saying, “You’re hurting me” multiple times.

“She got an infection and they were squeezing out the puss,” @_chompers wrote in the video.

The video was enough for some viewers to swear off BBLs for good. Some vowed that this would motivate them to go to the gym more.

“How can I make this my gym alarm?!” a viewer asked.

“I appreciate these videos because I was gonna go get a BBL and tik tok has changed my mind… I will still with working out and eating right… I’m good,” another wrote.

Others weren’t dissuaded by the video, including the original poster whose BBL operation appeared to go much smoother than her peer’s. @_chompers posted more videos of her own BBL experience, including her flight home from Miami and aftercare procedures.

“Just cuz her experience was like that don’t mean mine will,” one hopeful commenter wrote under the first video featuring the screaming woman.

“I’m still getting one,” a future patient wrote, with @_chompers responding “Periodddd! Do you boo.”

A few people expressed concern for the woman with the infection, questioning whether she was able to get pain meds for the audibly painful treatment. It doesn’t appear that the clinic had medication available, as @_chompers indicated in one comment thread that they were out. The procedure took place in Miami, where the Daily Dot previously reported another TikTok user allegedly experiencing a shortage of pain medication because of the influx of BBL patients.

The Daily Dot reached out to @_chompers.

The post ‘What they don’t tell you’: Viral TikTok captures woman screaming due to post-BBL infection appeared first on The Daily Dot.