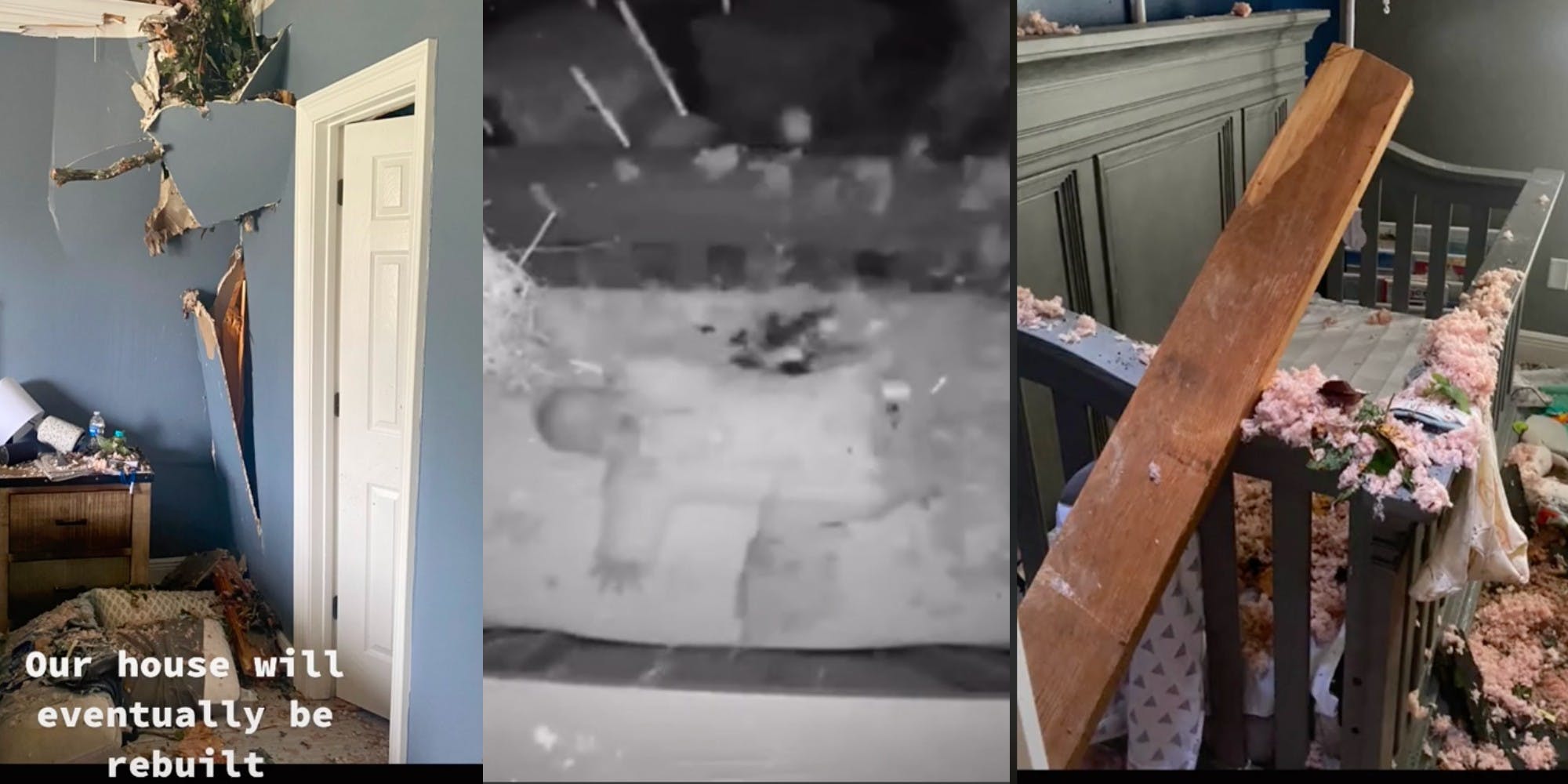 A tree fell through the roof of one Baton Rouge, Louisiana family’s nursery, wrecking a huge portion of their home but luckily missing the baby.

Video footage of the incident was posted to TikTok by Baylor Leonard, or @waddamjit, the godchild of the baby’s mother. The TikTok has garnered over 4 million views since July 3.

In the TikTok, a baby boy can be seen sleeping in his crib. Suddenly, a loud crash is heard and debris can be seen falling onto the child. Startled, he starts crying and his mother rushes in from the next room to grab him.

“Oh my God, Holy shit,” the mom can be heard saying as she tends to her baby.

In an interview with Inside Edition, the mother Courtney Buchholtz explained what she was thinking when the incident happened.

“Hearing him cry was a relief actually because I did fear the worst,” she said in the interview. “I was terrified at the thought of losing him.” Inside Edition reported that the baby, Cannon, did not “sustain a single scratch.”

In a follow-up video posted to TikTok by Buchholtz herself, she documented the extensive damage the fallen tree did to her home. However, she expressed gratitude that no one was hurt by the fall.

“All of our things can and will be replaced with time,” she wrote in the overlay of the video. “Our house will eventually be rebuilt. We are just so thankful that no one was hurt.”

The Buchholtz family is staying with family and friends while they work with their insurance company on repairing the house, according to Inside Edition. Meanwhile, folks are crowdfunding for the couple in the comments of Leonard’s TikTok.

“We are waiting to find out if we have to tear down the entire house due to structural damage,” she wrote in a comment under the video showing the home’s damage.

Polygamy in Senegal, lesbian hookups in Cairo: inside the sex lives of African women

How to Split a City in Half (Berlin)