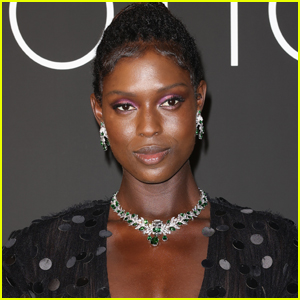 Something very sentimental to Jodie Turner-Smith was stolen during her hotel room break-in in Cannes.

Early on Sunday (July 11), the 34-year-old Queen & Slim actress took to Twitter to reveal that she had to file a police report after robbers allegedly broke into her hotel room and stole thousands of dollars worth of jewelry.

Sources are now sharing more details about the theft.

The sources shared with Variety that the alleged break-in took place at Jodie‘s hotel room while she was staying at the Marriott on the Croisette.

On Friday (July 9), Jodie had stepped out for breakfast with her one-year-old daughter. While she was away, the robbers broke into her hotel room, stealing thousands of euros and several pieces of jewelry, which included her mother’s wedding ring.

After learning about break-in, Jodie was moved to a different hotel and has been given a large security detail.

It is being speculated that the robbers target Jodie after she attended the After Yang premiere during the film festival, where she wore lots of rings, necklaces, and earrings. The sources believed that the robbers thought that Jodie was still in possession of those jewels.

Despite the robbery, Jodie has continued on with her schedule, with her making an appearance at the Kering Women In Motion Awards on Sunday evening.

Why are there only 30 Team GB athletes at the Olympic Games Opening Ceremony?