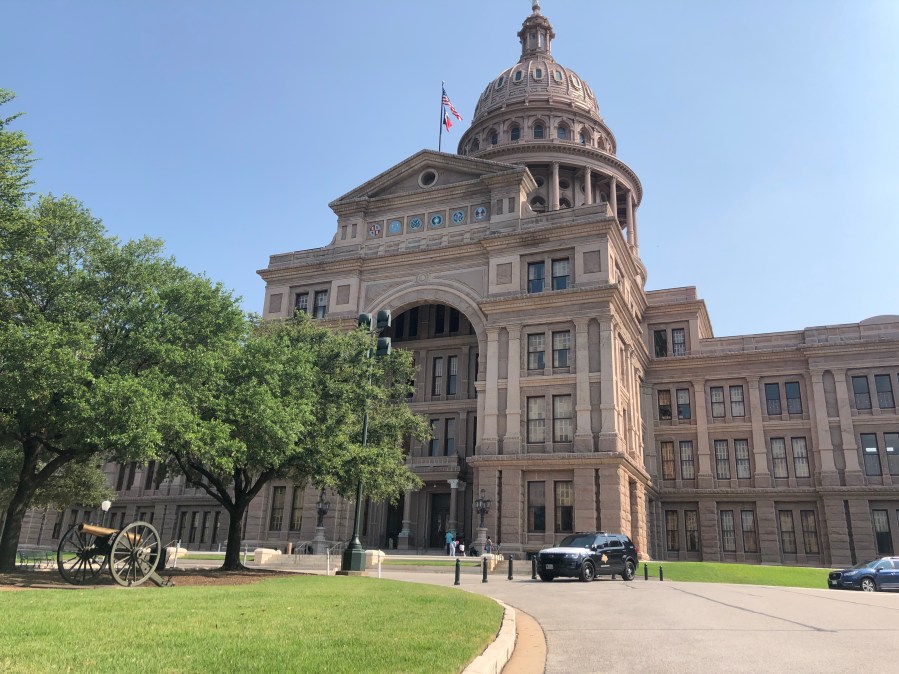 AUSTIN (KXAN) — A Texas Senate committee will convene Monday morning to take up a revived effort to prevent transgender student-athletes from competing in sports corresponding to their gender identity.

The Senate Committee on Health and Human Services will hold a hearing at 10 a.m. to discuss Senate Bill 2 and Senate Bill 32, which mirror legislation that failed to pass during the regular session. The bills would require Texas public schools, colleges and universities to "not allow a student to compete in an interscholastic athletic competition sponsored or authorized by the district or school that is designated for the biological sex opposite to the student's biological sex."

Gov. Greg Abbott revived the proposed restrictions for transgender students when he included them among his 11 agenda items for the special legislative session. Republican legislators in states across the country pushed to enact similar restrictions this year, so the governor's move sets up Texas to potentially follow suit. However, groups advocating for LGBTQ rights are already coalescing to make sure that doesn't happen during the 30-day window for the special session.

Ricardo Martinez, the CEO of Equality Texas, shared how "incredibly disappointed" it made him to see the transgender student-athlete ban among the governor's named priorities.

"Immediately after hearing about it, the first thing I thought about was the kids," Martinez told KXAN. "The kids that I have met and spent a lot of time with who are distraught and who are experiencing the damaging effects of having to defend their personhood, their humanity at the Capitol and knowing that every single time a bill is introduced to exclude transgender Texans from some of the aspects of daily life — be it a bathroom or a sports team. The message is loud and clear that it's okay to debate the humanity and dignity of transgender people, and transgender people deserve much better."

GOP lawmakers have previously stated the legislation is needed to ensure fairness in athletics. Sen. Charles Perry, a Lubbock Republican, authored the bills and did not respond to a request for comment about reintroducing them during the special session.

Democrats and LGBTQ advocacy groups argue the bills address a nonexistent issue in the state. When asked why he believes lawmakers are taking up this legislation again, Martinez said lawmakers may be using it as a "wedge issue" meant to drum up support among Republican primary voters ahead of next year's elections.

"If that's true, then it's incredibly disheartening that our kids are being used as a political football without a care for, again, the damaging effects that will come as a result," Martinez said.

The Trevor Project, which focuses on suicide prevention efforts for LGBTQ youth, released a mental health survey this year that specifically asked nearly 35,000 young people how recent politics affected their mental health. The results showed that nearly all of the respondents — 94% of them — said it "negatively affected" their mental wellbeing. The LGBTQ youth also shared in the survey that 42% of them seriously considered suicide in the past year, including more than half of the young people who identify as transgender or nonbinary.

Martinez said reviving this legislation is leading at least one family he knows to take drastic moves.

"There is a family that is planning to leave [the state] because they can't take it," he said. "They don't trust Texas to keep their family safe. Their wellbeing and safety is in jeopardy and so they are planning to move to Maryland because of the disastrous effects that this has had on their son."

Martinez said his organization is working with others, including the Transgender Education Network of Texas, to coordinate the push back to the legislation that's only beginning to make its way through again.

"We are mobilizing any and every ally and LGBTQ person here in Texas once again and continuing the hard work of our organization and partner organizations to make sure our voices are heard and elevated and that we are holding folks accountable," Martinez said, "again mobilizing our community in hopes that we can stop these bills."

In June, the U.S. Education Department expanded its interpretation of federal sex protections to include transgender and gay students, a move that reverses Trump-era policy and stands against proposals in many states to bar transgender girls from school sports. In a new policy directive, the department said discrimination based on a student’s sexual orientation or gender identity will be treated as a violation of Title IX, the 1972 federal law that protects against sex discrimination in education.

When a Show About Kindness Gets Darker