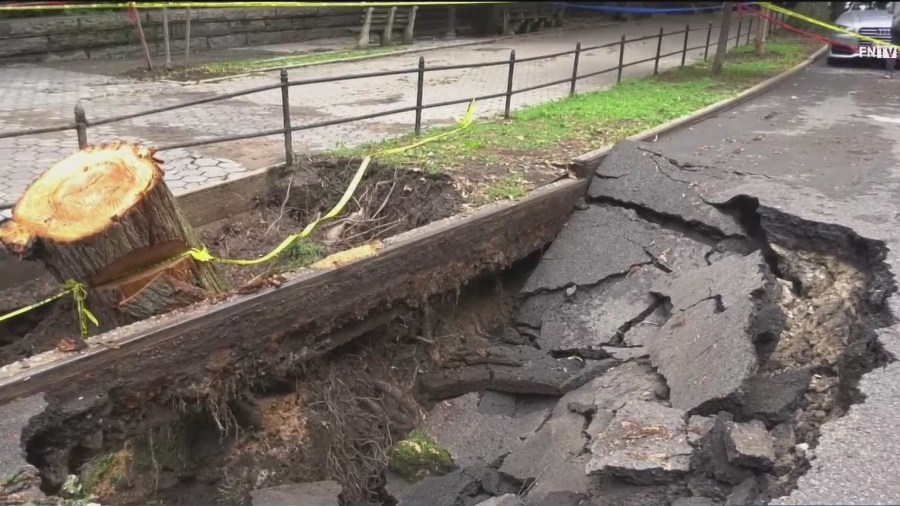 UPPER WEST SIDE, Manhattan --- A sinkhole on a Manhattan street collapsed under two parked cars Sunday, prompting renewed criticism of the city’s infrastructure.

There were no injuries reported after the sinkhole on the Upper West Side left an SUV with its back end stuck and the car behind it tilting forward.

New York City Council member Mark Levine said on Twitter that it was yet another reminder that New York City must invest more in infrastructure. Levine posted pictures of the vehicles on Riverside Drive days after videos circulated widely of water pouring into subway stations following heavy rain Thursday.