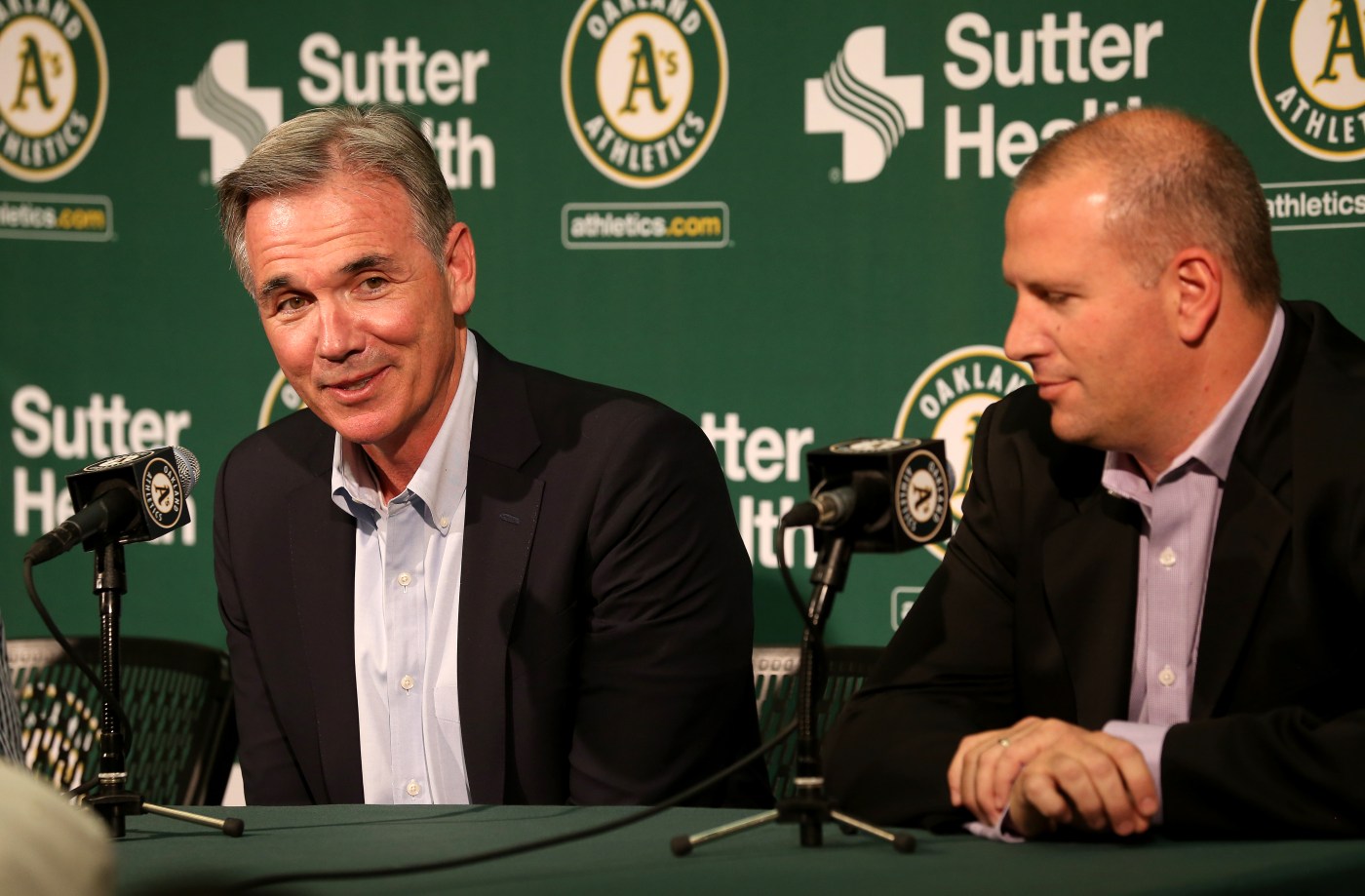 With the 25th overall pick in the 2021 MLB Draft, the Oakland A’s selected Max Muncy, a shortstop out of Thousand Oaks High School in California, the club announced today.

Yes, there will be another Max Muncy in the Oakland A’s system. No, the two aren’t related. But both were born on August 25 and both were drafted by the A’s. One in 2012, one on Sunday.

“We were joking we only take Max Muncys that are born on the same day,” A’s scouting director Eric Kubota said. “It’s pretty unique, but aside from the name, we really like the player too.”

The latest one is an 18-year-old from Southern California committed to to play baseball for the Arkansas Razorbacks next year. Kubota and Muncy appeared certain the two parties would agree to sign the infielder with Oakland.

“I think it’s a great opportunity. I’m going to go out and meet with the A’s,” Muncy said. “I think it’s close to a done deal, but you never know. I’m excited to play for them, so we’ll see. But I’m guessing it’s going to end up with Oakland.”

Muncy will be offered a $2.85 million signing bonus, sources told this news organization, a bit over the $2.7 million slotted for the A’s in the first round. The A’s have the fourth-lowest bonus pool for the first 10 rounds at $6.2 million.

“I met the guys from Oakland and I loved them, so when they picked me I was stoked,” Muncy said.

A shortstop, Muncy grew up a Derek Jeter fan — he pointed to a bobblehead of the Hall of Famer on his shelf on the Zoom call with reporters: “Jeter was someone I admired on and off the field. He was a great guy. Don’t know him personally, but from the looks of it, he seems like a really good guy,” he said.

He knows about baseball’s other Max Muncy, in fact he’s followed since his Baylor days. The two were supposed to meet before Sunday’s draft, but it didn’t work out. “Hopefully I’ll meet him soon,” Muncy said, adding that he’s reminded of his MLB namesake at least once a day.

He’s also watched the A’s closely. He’s seen the movie Moneyball “multiple times,” and paid close attention to fellow infielder Matt Chapman at a few A’s games he watched at the Coliseum. Muncy says his favorite tool his a sixth one, his energy, something he noticed in Chapman’s style of play.

At his workout at the Coliseum, Muncy home home runs to all fields with noticeable ease.

“He generates it without a lot of effort,” Kubota said. “We’ve seen him hit home runs to all fields. He did come here and work out, it’s not easy for high school players to show power here at the Coliseum and he did. More than anything, the ease with which he gets to his power.”

The right-handed hitter is listed at 6-foot-1, 170 pounds and Kubota defined him as “gifted physically,” with a comparison to Atlanta Braves infielder Dansby Swanson. He’s an above average thrower and runner with power who could move around the infield, but is expected to stay at shortstop.

“I think the arm strength, the athleticism, the quality of the hands,” Kubota said. “We do think there are some things he can be coached on that can make him even better, but I think the physical tools are there to be a very good shortstop.”

The 2021 MLB draft will supplement a depleted A’s farm system.

With top prospects such as pitcher Jesús Luzardo and catcher Sean Murphy graduating to the big league team, Oakland’s has a farm system has plummeted in value, according to national analysts. Kieth Law at The Athletic and analysts at MLB.com ranked their system 26th among 30 teams.

Catcher Tyler Soderstrom, the 2020 first-round pick who represented the A’s in the Futures Game on Sunday, bolstered a pipeline highlighted by younger players including along international prospects Robert Puason and Pedro Pineda. The A’s top prospects include infielder Nick Allen and 2019 first-round pick Logan Davidson. Though left-handed pitcher A.J. Puk has had a taste of the big leagues, he’s still considered one of the top prospects as injury has barred him from consistent playing time.