The Open Championship tees-off at Royal St George’s on Thursday ‒ much to the delight of the golfing world, as the event was cancelled last year because of the pandemic. Surprisingly, still no player from Asia has improved upon the second-placed finish by Chinese Taipei’s Lu Lianghuan in 1971, at Royal Birkdale. We look back at what was one of the stand-out Opens, thanks to the performance of the man popularly known as “Mr Lu”.

When China’s Haotong Li stormed through the field on the final day of The Open in 2017 at Royal Birkdale, threatening to become the first Asian to win the Claret Jug, Chinese-Taipei’s greatest golfing hero Lu Lianghuan ‒ likely watching at home, in Taipei ‒ perhaps thought his second-place finish in the 1971 Open, remarkably played at the same venue, was about to be finally matched or surpassed.

The region has been waiting a long time for an Asian player to win The Open, and even Lu would have welcomed seeing a name from this region being inscribed on golf’s most recognisable trophy.

However, as impressive as Li’s closing seven-under-par 63 was it was only good enough to secure him third place, and leave him six shots behind the impressive champion, American Jordan Spieth. 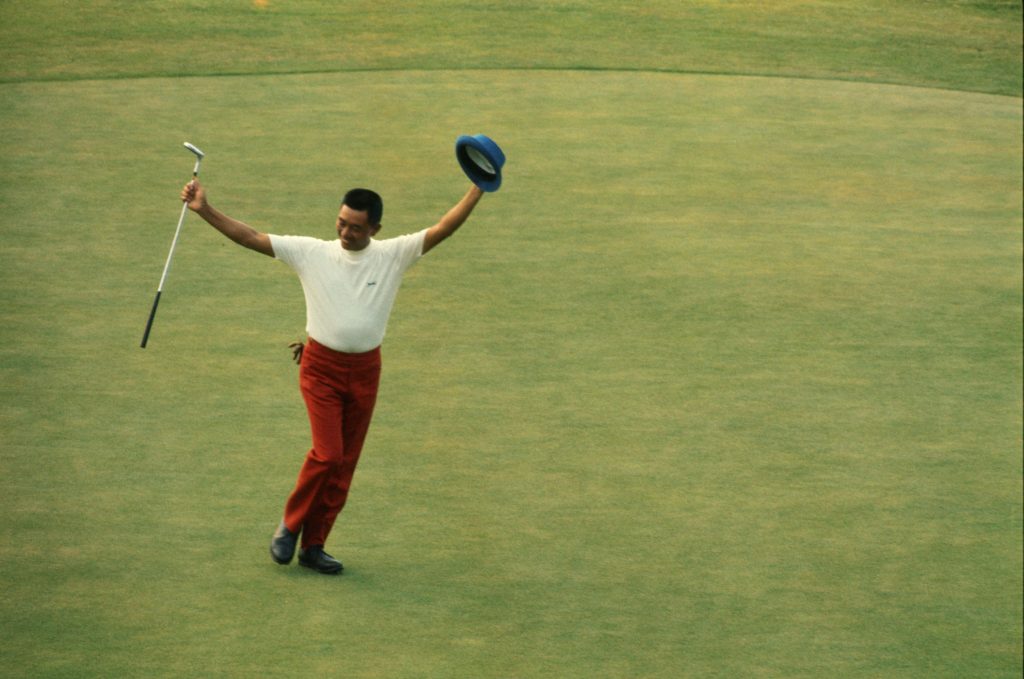 Once again, Lu’s best-ever performance by an Asian in the Open record remained firmly intact.

With Asian golf continuing to make great strides forward, his result may be beaten someday soon – although the intricacies of links golf might possibly delay the process further.

And the fact that Lu’s week was so memorable, for a variety of reasons, makes it worthy of a record lasting longer.

The 1971 Open was the 100th Open and saw Lee Trevino from the United States win the Claret Jug for the first time and, following triumphs at the U.S. Open and the Canadian Open, completed a unique hat-trick of victories within only four weeks.

Lu had been a professional since 1955, playing on the Asian Golf Circuit (as the Asian Tour was called then) and in Japan, and had played in The Open only once before.

His pork pie hat caught the eye, especially as he kept politely tipping its brim to the packed galleries. He had only bought the hat a few days before the tournament because, as he would later explain: “I like round hats. And I hate the sun shining on my neck.”

The 34-year-old, affectionately known by then as “Mr Lu”, quickly became a firm fan favourite, along, of course, with the charismatic and chatty Trevino.

The American star shared the lead on each of the first two days and led by one from Lu and Englishman Tony Jacklin, the 1969 champion, going into the final round.

Trevino was in inspired form early on and made four birdies in the first six holes to lead by six at the turn. 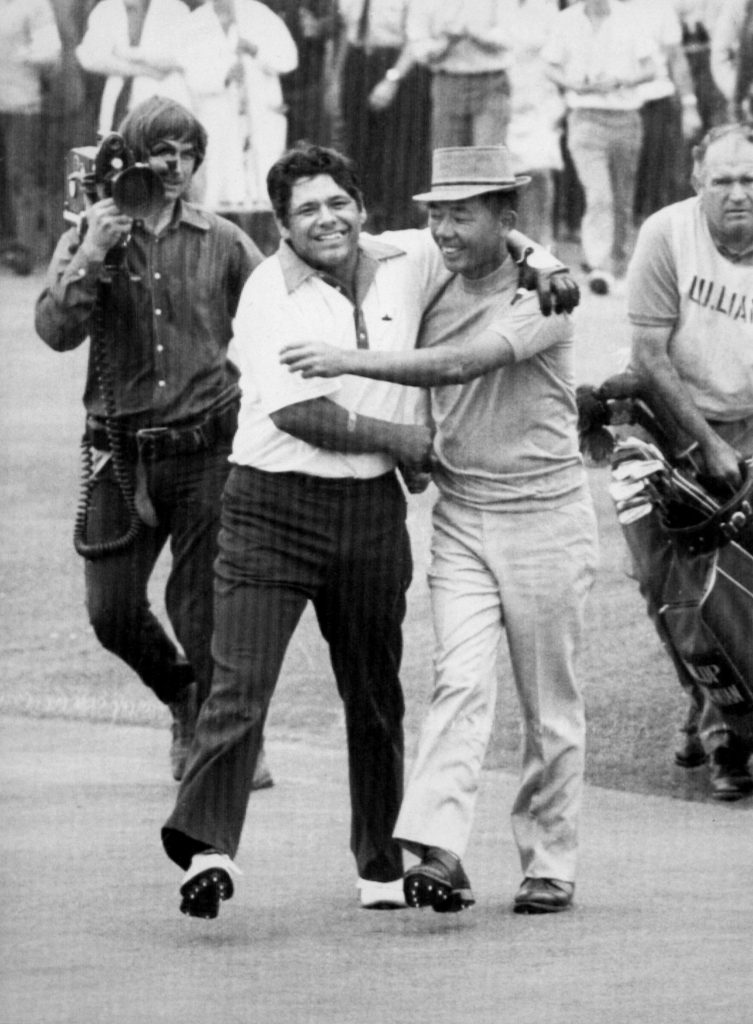 However, Lu remained undeterred and bravely responded with birdies at the 13th and 15th holes before Trevino had a double-bogey seven at the 17th ‒ meaning the lead was down to one at the last.

Both made birdie on the last, but it was a traumatic finish for Lu as his second shot hit a female spectator on the head. Visibly distressed, he composed himself to take second.

The concussed spectator, Mrs Lillian Tipping, was taken to hospital to receive several stitches and Lu went to check up on her afterwards. They stayed in contact, and he even invited her and her husband to stay at his hotel in Taipei years later, on offer they accepted.

Lu’s success did not stop at Royal Birkdale as the following week he won the French Open at Biarritz. It was all part of a phenomenal 1971 when he also won in Thailand and Japan. 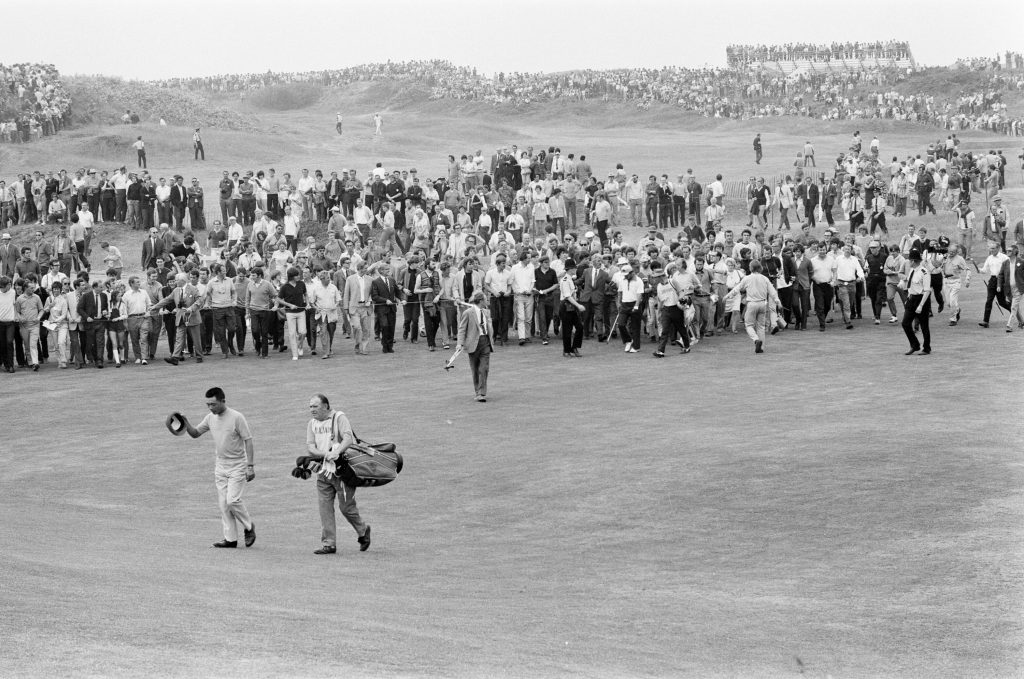 His Open heroics were also not over as in 1974 arguably Asia’s greatest golfer of the time tied for fifth at Royal Lytham & St. Annes.

During an illustrious career he won the Asian Golf Circuit Order of Merit twice, in 1966 and 1967, and claimed nine titles in Asia and eight in Japan.

And, most noticeably, in 1972, he and countryman Hsieh Min-nan teamed up to win the World Cup at Royal Melbourne Golf Club, Chinese-Taipei’s sole victory in the event.

Teacher wrongly sacked after girl, 5, claimed she slapped her on the head