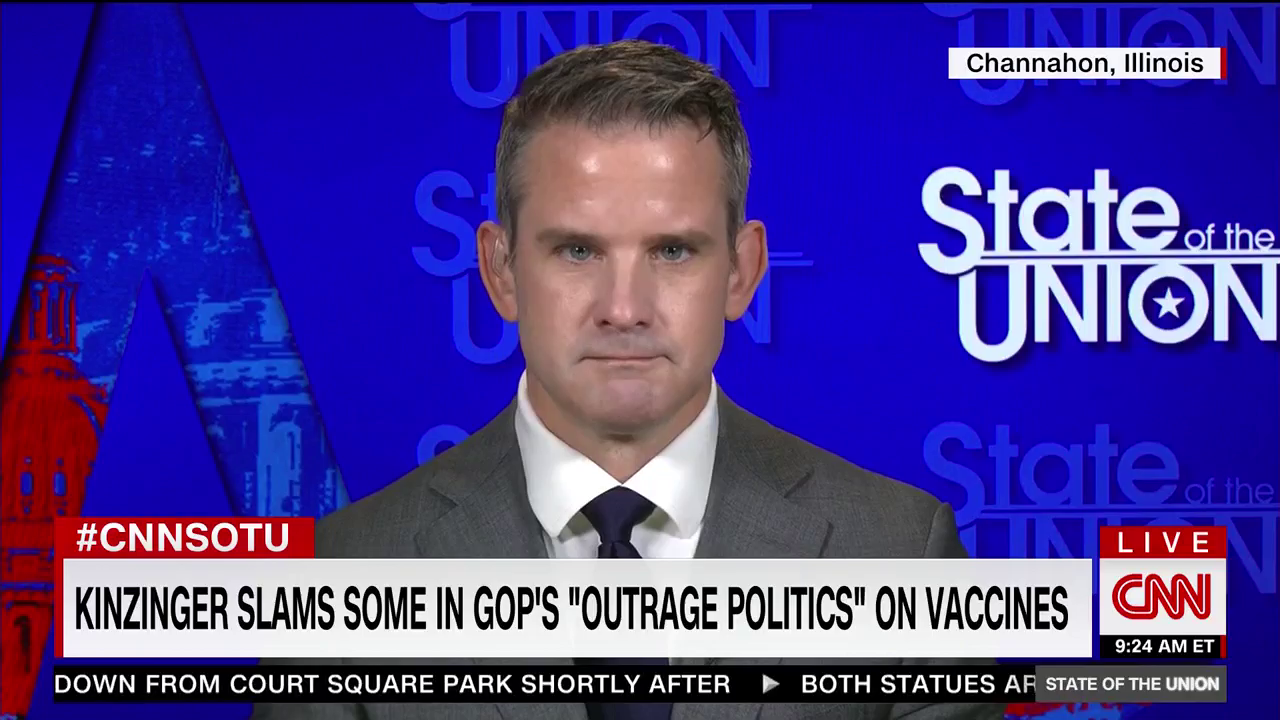 Rep. Kinzinger has had a bellyful of the likes of Marjorie Taylor Greene, Lauren Boebert and Ted Cruz. Sadly he's one of the few sitting members of Congress willing to call out his own side for seeing who can sound like they're the most insane.

" It's -- Jake, it's insanity. It's absolute insanity," Kinzinger replied. "At no point was anybody saying they're going to break down your door and jam a vaccine in your arm, despite your protest. This is outrage politics that is being played by my party, and it's going to get Americans killed."

Kinzinger then asserted that his "party has been hijacked" and is "on its way to the ground."

"And for some people, it's a fun ride, right? We can put out this outrageous stuff on Twitter. Yes, I'm getting all these retweets and everybody knows me. I'm famous," Kinzinger continued. "But this plane is going to crash into the ground."

Oh, if we could only be so lucky. He's exactly right about them getting people killed though, which not only members of his own party, but Fox "news" and others have been doing since the pandemic began.

Archer Aviation says its enterprise value has been cut by $1B