SO it’s certain. A week today Britain will be free from Covid curbs.

We rejoice that Boris Johnson has been brave enough to see it through.

When would these many critics of Boris, amplified by Twitter and a media which loathes him over Brexit, finally remove the last shackles?[/caption]

And, make no mistake, it has taken courage to face down the doom- mongers of the Left, including some of the Sage “experts” advising him.

The public is mainly behind him, as surveys reveal.

So, in fact, is Labour — albeit with a quibble they are obliged to make to justify “opposition”.

It is of course a tricky call for No10 with infections soaring again. Of course it would be better if they were plummeting.

But objecting solely on that basis is short-sighted.

When would these many critics of Boris, amplified by Twitter and a media which loathes him over Brexit, finally remove the last shackles?

We can of course dismiss the “zero Covid” extremists. They look at Australia and New Zealand and believe ­Britain, a far larger country and economy and an international hub, could become a fortress too until we have eliminated the virus.

It’s a fantasy. Even Down Under, where huge new lockdowns are imposed over a single case, there are increasing fears their isolation could last years.

That would not trouble Britain’s hard-Left, who salivate over restricting and controlling millions of lives. But it must not happen here.

Saner voices argue for a delay of a few weeks. Except that would mean relaxing restrictions in the autumn or winter — when schools return, the weather turns colder and closed windows give the virus perfect conditions to spread.

Some modelling shows that would prove worse long-term, with a bigger and more deadly wave next spring.

Next year? The events industry would be wiped out by then. Cinemas and ­theatres would be finished.

There are horrific costs to lockdowns which their advocates rarely acknowledge. Vaccines minister Nadhim Zahawi spoke yesterday of two suicides at a factory hit by restrictions.

The gargantuan economic damage aside, the toll on our mental health of delaying yet again would prove catastrophic.

Though the growth in infections is steep, the vaccines have kept deaths and ­hospitalisations low. And “long Covid”, while we would not wish it on anyone, is just not a grave enough crisis to justify national curbs.

It is important to note that Labour’s sole real objection is that masks should remain compulsory indoors in public places. 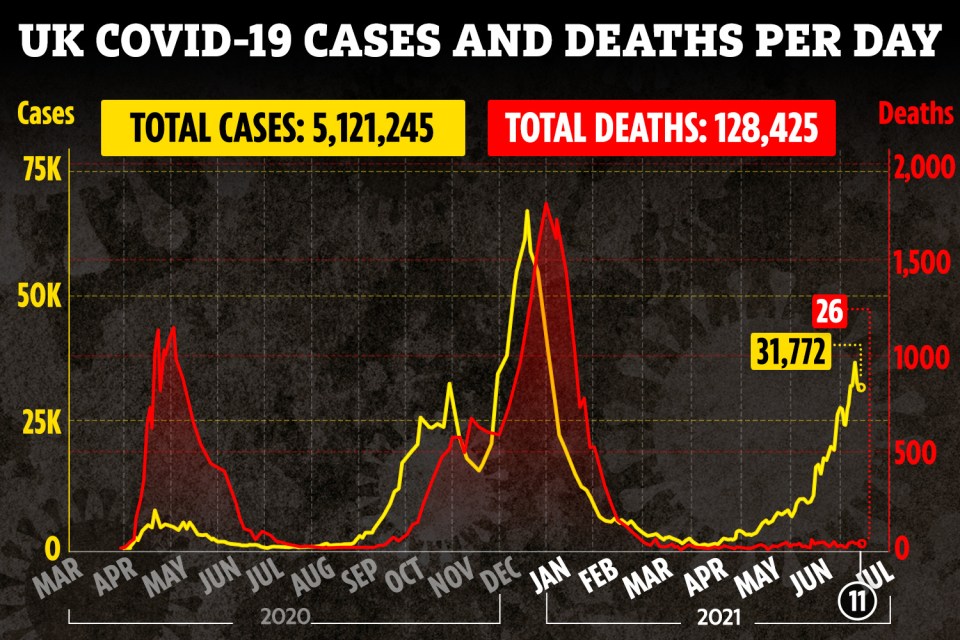 Two women, 19 and 20, hurt after car 'deliberately' rams them on pavement

Soldier smashes through roof & lands in KITCHEN after parachute fail

Boris thinks they should be “an expectation”. This is splitting hairs.

We doubt the difference will have any effect on infections. Mandatory masks haven’t stopped them soaring as it is, after all.

The die is cast. And The Sun hopes and believes a golden summer lies ahead.