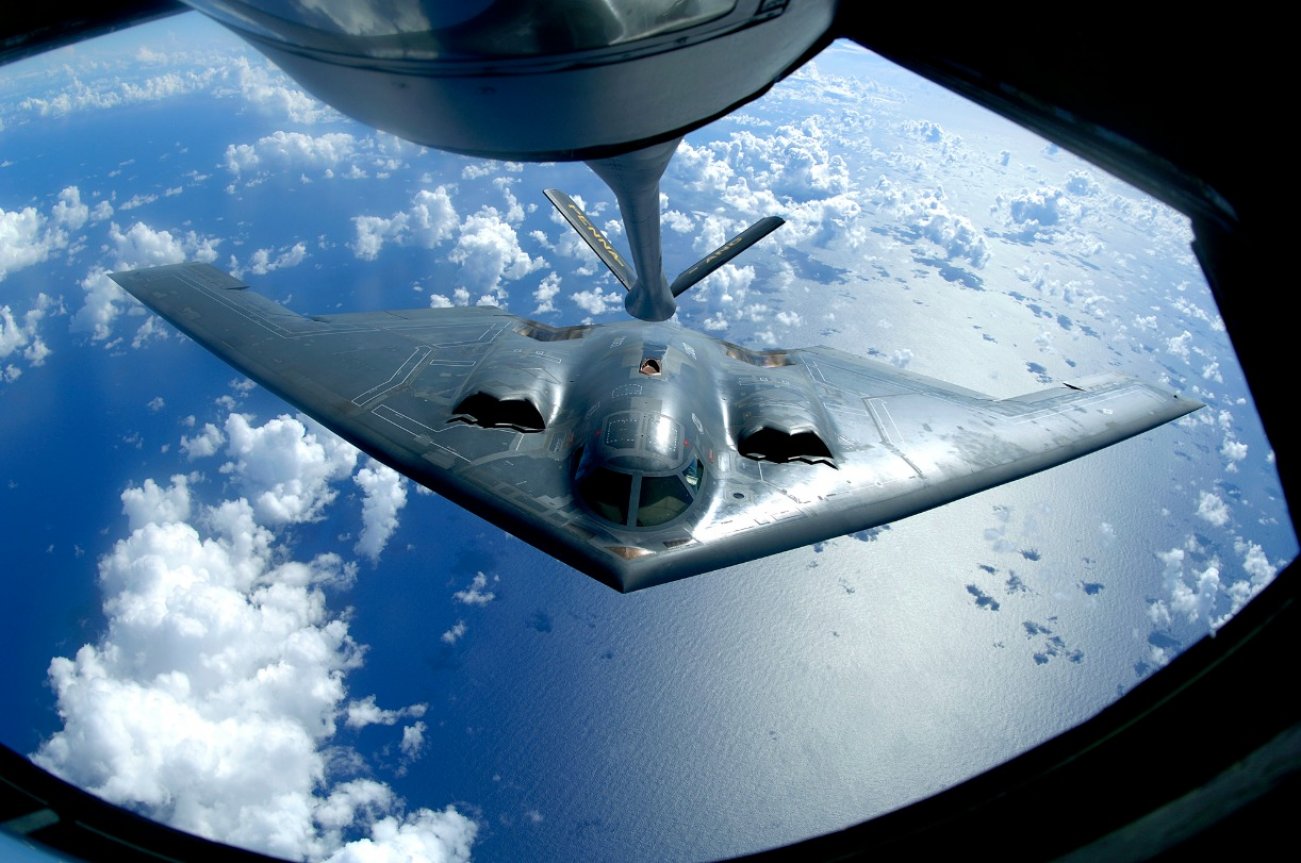 The only real candidate for a crewed long-range bomber is the B-21 stealth bomber, currently under development in the US and planned to enter service late this decade.

The government’s 2020 defence strategic update provided refreshing clarity about Australia’s deteriorating strategic environment and the need for new military capabilities to address it.

These include long-range strike capabilities to impose greater cost on potential great-power adversaries at greater range from Australia. The government also included a shopping list of those capabilities giving a broad outline of schedule and the scale of investment.

But there’s a big gap between where we are today and where we need to be, and the shopping list crosses that gap achingly slowly. In the vast reaches of the Indo-Pacific, range is crucial and the Australian Defence Force’s long-range strike cupboard is bare.

The F-35A has an effective combat radius of about 1,000 kilometres. That can be boosted to about 1,500 kilometres with the use of expensive and vulnerable tanker aircraft. But even that doesn’t cover much of our neighbourhood. It’s also easily out-ranged by Chinese missiles—it doesn’t matter how good the F-35A is if it’s taken out on the ground or its bases are destroyed.

The navy doesn’t have much to offer either. Its six submarines provide only two for operations, which doesn’t guarantee one on station to our north. They can only carry a few strike missiles and once they’re fired, it’s a one-month turnaround back to Australia to reload. And on the current Attack-class submarine schedule, it could be close to 2040 before the number of boats in our submarine fleet grows.

With the government providing Defence with $575 billion over the coming decade, the department has to do better at getting effective strike capability into service sooner.

One option that could deliver formidable long-range strike power well before the future submarines arrive are bombers. It’s strange that bombers don’t get much attention as a military option for Australia, considering we have a long history operating them. We flew bombers out of northern Australia during World War II against the Japanese to telling effect, and it was only a decade ago that the F-111, long a mainstay of Australia’s deterrent capability, was retired.

The only real candidate for a crewed long-range bomber is the B-21 stealth bomber, currently under development in the US and planned to enter service late this decade. Remarkably for a developmental project, the B-21 seems to be roughly on schedule and on budget by leveraging the technologies used in earlier stealth aircraft projects. It’s using two F-35 engines, for example, but it will have three or four times the range of the F-35. That will allow it to reach far out into the Indo-Pacific, greatly complicating the planning of any adversary operating against us or our friends. It also means it can be based deep inside Australia, far from threats, and still not need to rely on tanker support.

If Australia had a squadron of 12 B-21s, it could dispatch a flight of three aircraft carrying around 30 long-range anti-ship missiles in the morning and follow it up with another in the afternoon. Unlike submarines, bombers can do it all again the next day. If the mission was to strike ground targets, they could each carry 50 guided bombs.

Granted, bombers can’t do everything that submarines can do (and the reverse is also the case). But they can potentially deliver similar results differently, for example by destroying enemy submarines in port, rather than hunting them down at sea. Or by dropping sophisticated sea mines off an enemy’s naval bases.

Certainly, that kind of capability doesn’t come cheap. The US is aiming for a unit price under $1 billion. A squadron of 12 aircraft will likely total around $20–25 billion once we add in bases, support systems such as simulators and maintenance facilities, and so on. That’s a lot, but compared to the $45 billion to be spent on future frigates, the $89 billion on submarines or indeed the $30 billion on armoured vehicles, it’s a price worth considering. Deploying a B-21 would also mean sending a crew of two into danger, as opposed to more than 60 on an Attack-class submarine or 180 on a future frigate.

Of course, if we buy B-21s from the US, not a lot of money will be spent here on local industry in their acquisition. But the Defence budget shouldn’t be seen primarily as an industry program. At any rate, the bulk of spending over the life of a military aircraft is in its sustainment, and much of that will be spent here.

There’s one other potential option; a Goldilocks solution with greater range than the F-35 but less capability and cost than the B-21. It would involve developing a bigger, multi-engined version of the loyal wingman uncrewed combat aircraft recently test flown by Boeing Australia. That would take a commitment from the government and Defence to invest in its development, as well as trust that autonomous systems can deliver lethal effects at long range.But we could pursue both approaches as an insurance policy to hedge against the risks we are facing.

Marcus Hellyer is ASPI’s senior analyst for defence economics and capability. A version of this article was published in The Australian.

This article appeared originally at The Strategist (ASPI).