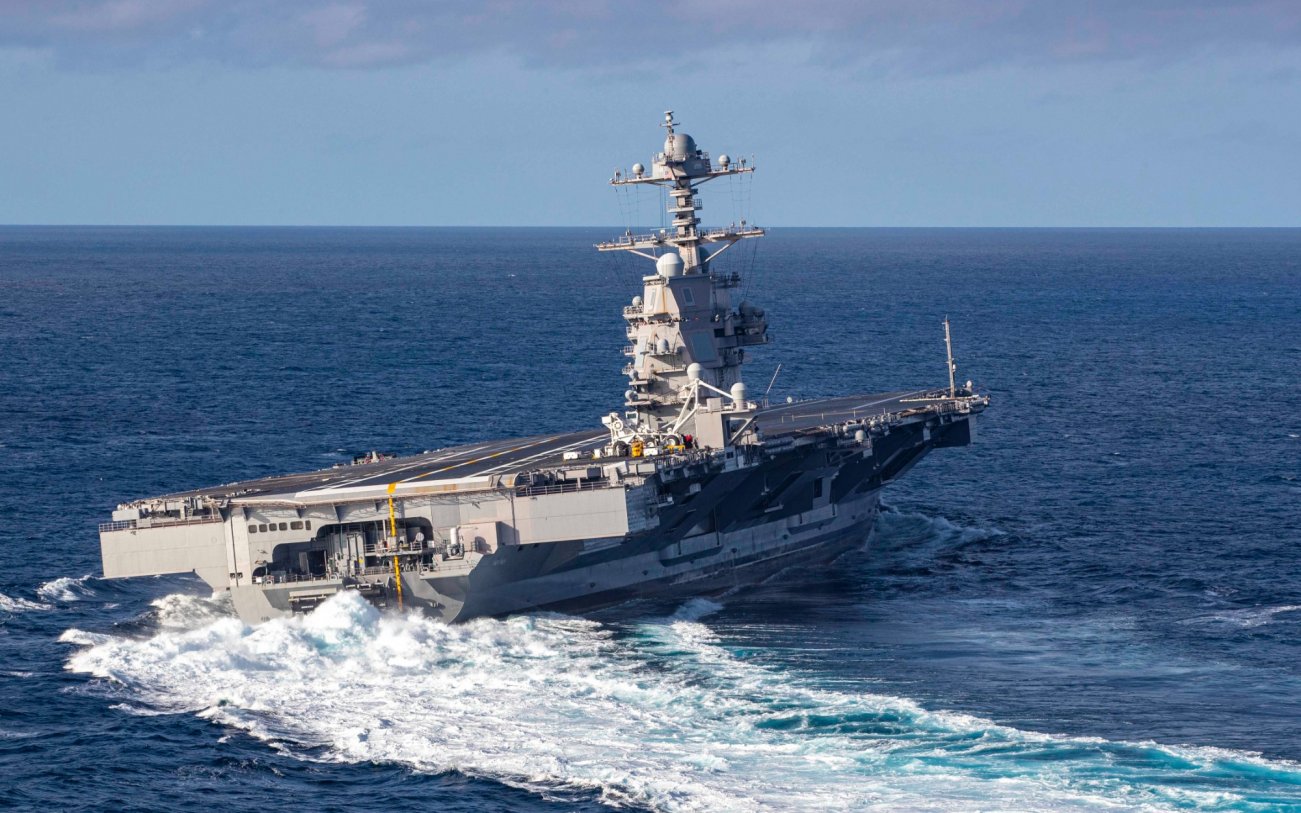 Getting a nuclear-powered aircraft carrier ready for her maiden deployment is no small task. The good news is that recently the USS Gerald R. Ford (CVN-78) successfully conducted the Combat Systems Ship Qualification Trials (CSSQT).

Getting a nuclear-powered aircraft carrier ready for her maiden deployment is no small task. The good news is that recently the USS Gerald R. Ford (CVN-78) successfully conducted the Combat Systems Ship Qualification Trials (CSSQT), which is a Naval Sea Systems Command requirement that is meant to verify that the ship personnel can operate and maintain their combat systems in a safe and effective manner.

During the recent CSSQT, the crew of the United States Navy's newest nuclear-powered aircraft and the lead ship of her class used all the onboard weapons systems of the ship during a live firing of the Phalanx CIWS (Close-In Weapons System), RIM-162 ESSM launchers, rolling airframe missile (RAM) launcher and an evolved sea sparrow missile (ESSM) Navy Recognition reported.

Since being formally commissioned by then-President Donald J. Trump on July 22, 2017, USS Gerald R. Ford has conducted an ongoing series of trials – all of which are required before the warship can begin its first deployment.

The aircraft carrier is scheduled for full-ship shock trials by early summer this year, which will be followed by a maintenance period to address any issues that have been discovered.

The carrier is still years behind schedule, and could now be deployed in 2024, but as efforts increase the lead ship of the Gerald R. Ford-class could be fully operational sooner.

The carrier is the lasted generation of U.S. Navy aircraft carriers and will replace the aging Nimitz-class on a one-for-one basis as new carriers enter service.

USS Gerald R. Ford, named for the thirty-eighth president of the United States, was laid down on November 13, 2009 and was christened nearly four years later. She was delivered to the U.S. Navy on May 31, 2017.

Four additional Gerald R. Ford-class carriers are under construction or on order and will be delivered by 2036.

The RIM-162 Evolved SeaSparrow Missile (ESSM) is a medium-range, surface-to-air missile designed and manufactured by the American-based defense contractor Raytheon Missile Systems. Each missile can be launched from a quad-pack canister for the MK 41 VLS (Vertical Launching System) shipborne launching system or via a single pack for the MK 29 trainable launcher and MK 48 guided missile VLS. The RIM-162 Evolved SeaSparrow has an operational range of 50 km and can fly at a speed of Mach 4 – or roughly four times the speed of sound.

The small, lightweight RIM-166 Rolling Airframe Missile (RAM) is an infrared homing surface-to-air missile. It was developed as a cooperative program with General Dynamics Pomona and Valley Systems in the 1970s under an agreement with Denmark and West Germany. With an operational range of 10 km, it is a "fire-and-forget" platform that can be against anti-ship cruise missiles and asymmetric air and surface threats.

The carrier is also armed with the Phalanx CIWS, which can be used to destroy incoming threats such as small boats, surface torpedoes, anti-ship missiles, and helicopters. It functions as part of an integrated, layered defense system in order to intercept closest-in threats.

The Phalanx, which is currently on Navy cruisers, destroyers, aircraft carriers and amphibious assault ships, among other vessels, consists of one 20mm M-61A1 rotating cannon with six barrels and one search and track radar and FLIR (Forward-looking infrared) camera. The Phalanx Block can fire a 20mm sabot projectile with a tungsten penetrator with an effective firing range of 1,480 m and a maximum firing range of 5,500m.

The Suzuki Jimny Is the Affordable Off-Roader America Needs

Insurance Technology Spend Forecast: What's Driving Growth for P&C and Life Insurers in the US, UK, and Canada