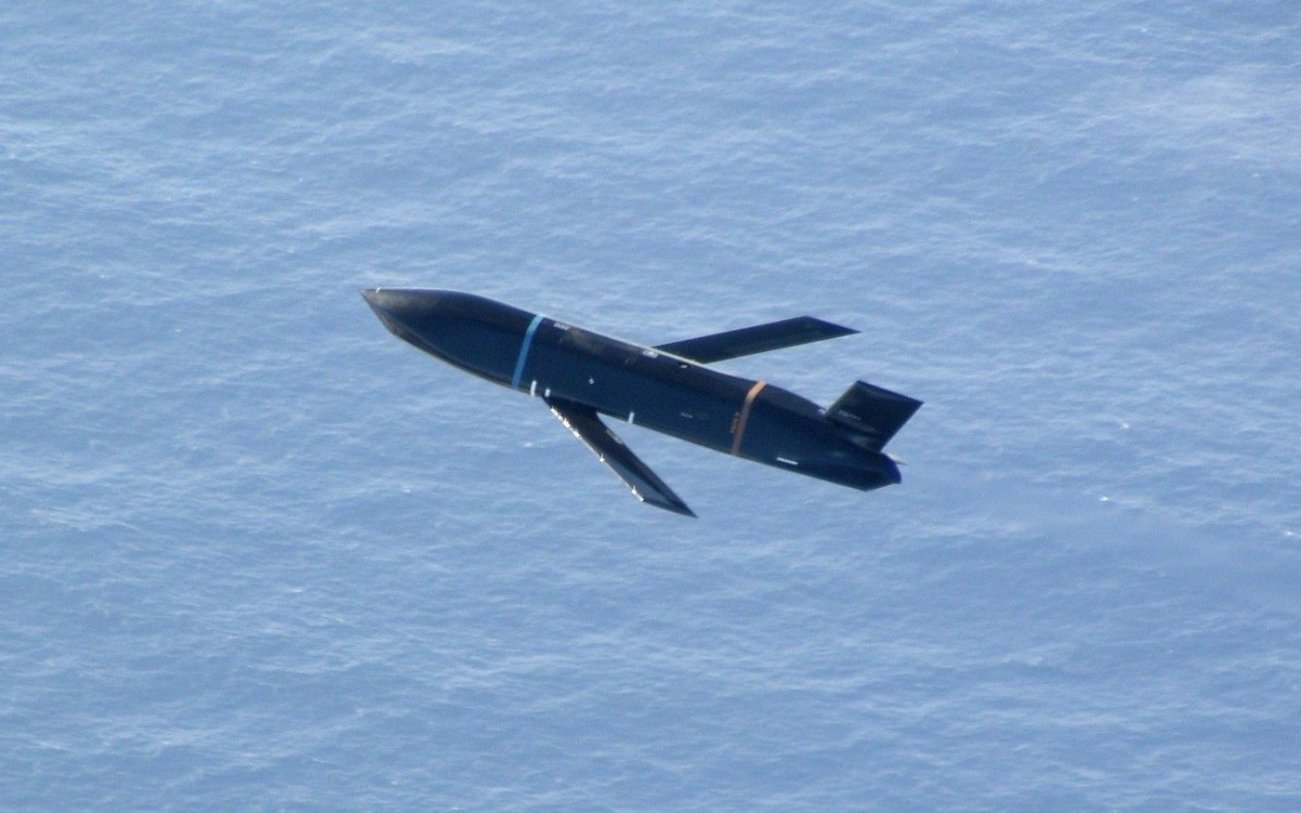 Developers say the weapon is particularly well suited for the most advanced adversary weapons systems and most high-threat warfare scenarios such as a “near-peer” type of combat engagements.

Here's What You Need To Know: With a range of at least 200 nautical miles, LRASM can be used against enemy ships, shallow submarines, drones, aircraft and land-based targets, according to Lockheed Martin developers.

They call it a semi-autonomous missile, meaning it’s engineered with an advanced seeker able to independently adjust to targets in flight to a much greater extent than most weapons. It fires from an Air-Force B-1B bomber and Navy F/A-18 Hornet at ranges out to 200 nautical miles to destroy enemy ships on the move in the ocean. It is the Lockheed Martin-BAE Long Range Anti-Ship Missile (LRASM), a weapon which will increasingly be armed with a new generation of seeker technology engineered to massively improve sensing, guidance and target destruction.

The LRASM seeker, now in development for several years, is being ordered by Lockheed Martin in much greater numbers to keep pace with the growing demand for the new weapon, which has both surface-and-air launch capability. The LRASM, which can fire from a deck launcher on a Littoral Combat Ship and Vertical Launch Systems on a destroyer can also attack from the air.

“The program uses autonomous guidance to find targets, reducing reliance on networking, GPS and other assets that could be compromised by enemy electronic weapons,” a statement from the Office of Naval Research said.

With a range of at least 200 nautical miles, LRASM can be used against enemy ships, shallow submarines, drones, aircraft and land-based targets, according to Lockheed Martin developers.

The LRASM, which is 168-inches long and 2,500 pounds, has already performed a “jettison release” from a Navy F-18 carrier-launched fighter and is, according to a report from the U.S. Naval Institute, now operational on the F-18.

BAE Systems, which builds the seeker, is a subcontractor to main LRASM developer Lockheed Martin. Production of the sensor arrived shortly after Lockheed received the first LRASM production contract award from the Navy and Air Force.

“Our differentiator is that our technology can sense, identify, and help target moving ships from a great distance. With our LRASM sensor, we’ve transitioned our world-class electronic warfare capabilities from other platforms to a missile system with extremely low size, weight, and power constraints,” former BAE LRASM Program Manager, Joseph Mancini, told The National Interest actually several years ago earlier during the development of the weapon.

Overall, LRASM employs a multi-mode sensor, weapon data link and an enhanced digital anti-jam global positioning system to maneuver as needed in flight, and even if needed track and destroy moving targets at sea. The concept is to avert, avoid or elude ship-based interceptor missiles and succeed in traveling past ship defenses to achieve a catastrophic hit on a target with its 1,000-pound penetrator and blast-fragmentation warhead, Lockheed officials said.

Developers say the weapon is particularly well suited for the most advanced adversary weapons systems and most high-threat warfare scenarios such as a “near-peer” type of combat engagements. Advanced threat environments are expected to include enemy forces armed with long-range sensors, electronic warfare, tactics for compromising or jamming GPS signals and a host of additional countermeasures designed to thwart incoming surface and air weapons.

Injured Verratti close to return for Italy at Euro 2020